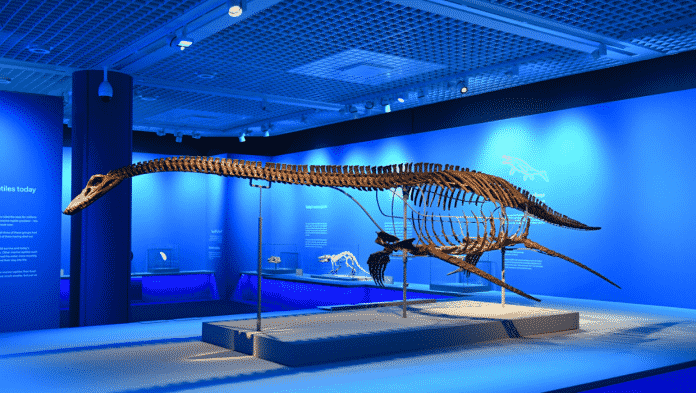 The bespoke exhibition, “Dive into the Jurassic” makes its first stop in the Kingdom of Bahrain and takes visitors on a journey beneath the waves to the Jurassic, 200 million years ago, to meet the amazing creatures that inhabited the oceans at a time when dinosaurs ruled the land. 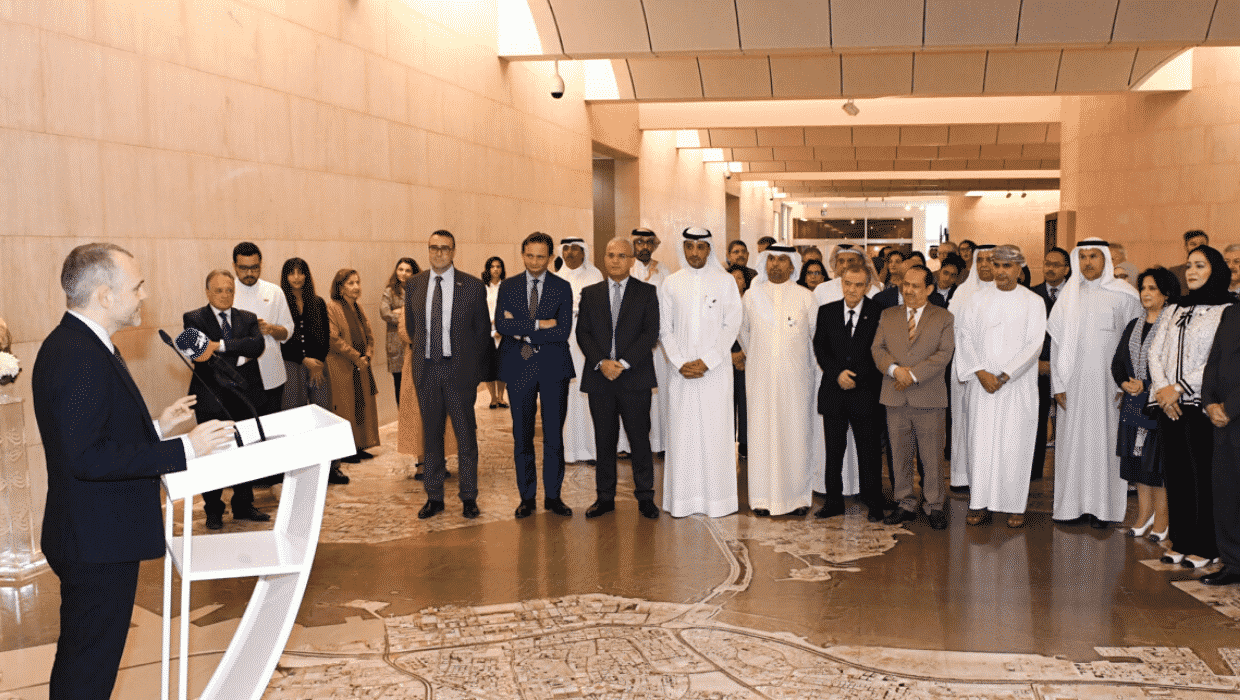 Under the patronage of The Personal Representative of His Majesty the King and President of the Supreme Council for Environment HH Shaikh Abdullah bin Hamad Al Khalifa, the exhibition “Dive into the Jurassic” celebrated the 31st anniversary of the Bahrain National Museum in commemoration of the establishment of the modern Bahraini state as an Arab and Muslim country founded by Ahmed Al-Fateh in 1783, the 48th anniversary of its full membership in the United Nations, and the 20th anniversary of HM the King’s Accession to the Throne. 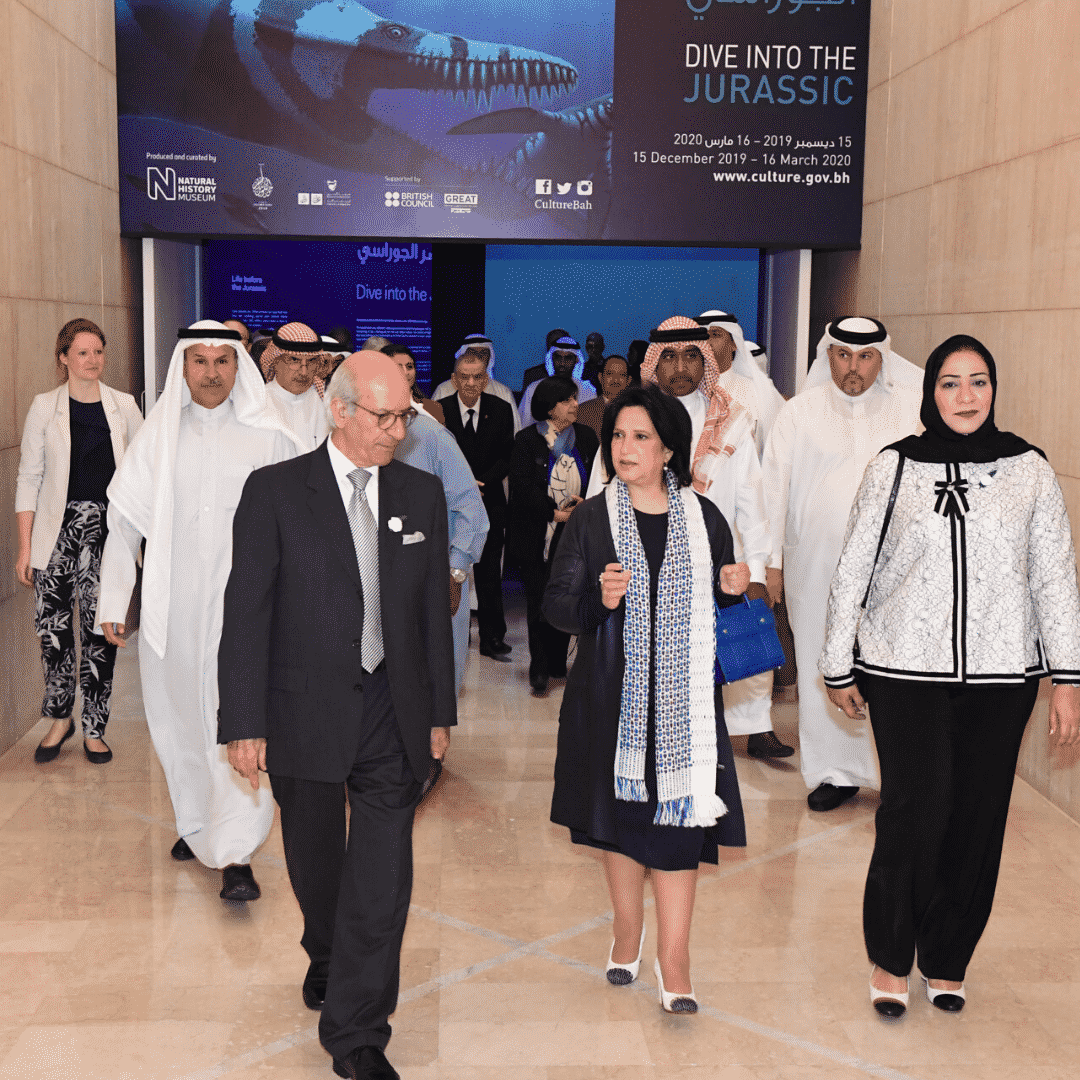 HH delegated HE Shaikha Mai bint Mohammed Al Khlaifa President of the Bahrain Authority for Culture and Antiquities to attend the opening of the exhibition, which curated and produced by the Natural History Museum in London. The opening was attended by HE Minister of Cabinet Affairs Mohammed bin Ibrahim Al Mutawa, HE Sheikh Hisham bin Abdulrahman Al Khalifa, Governor of the Capital Governorate and a number of senior officials.

Dive into the Jurassic brings together immersive CGI films with original fossils and replica casts from the Natural History Museum’s extensive and unique marine fossil collections to bring the ancient seas to life. The exhibition is designed to appeal to a large range of audiences with interactive elements, CGI films, atmospheric soundscapes and touchable objects such as fossils and replica skins of marine life to provide visitors with a unique immersive experience. 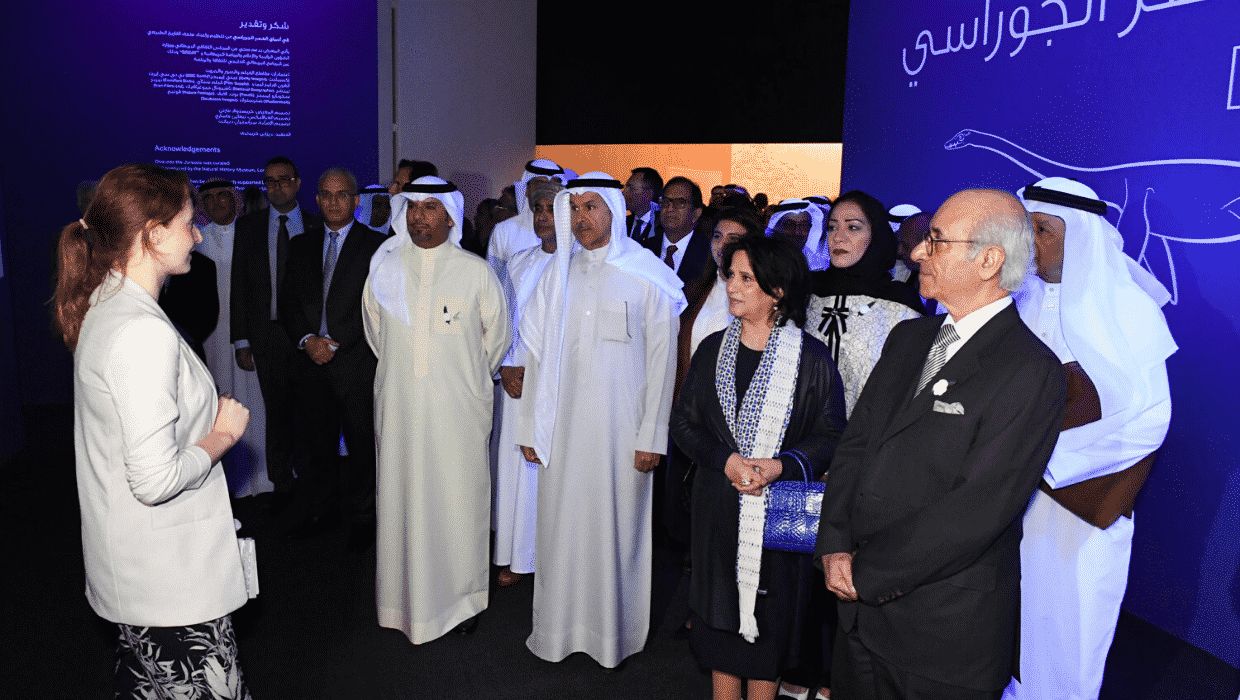 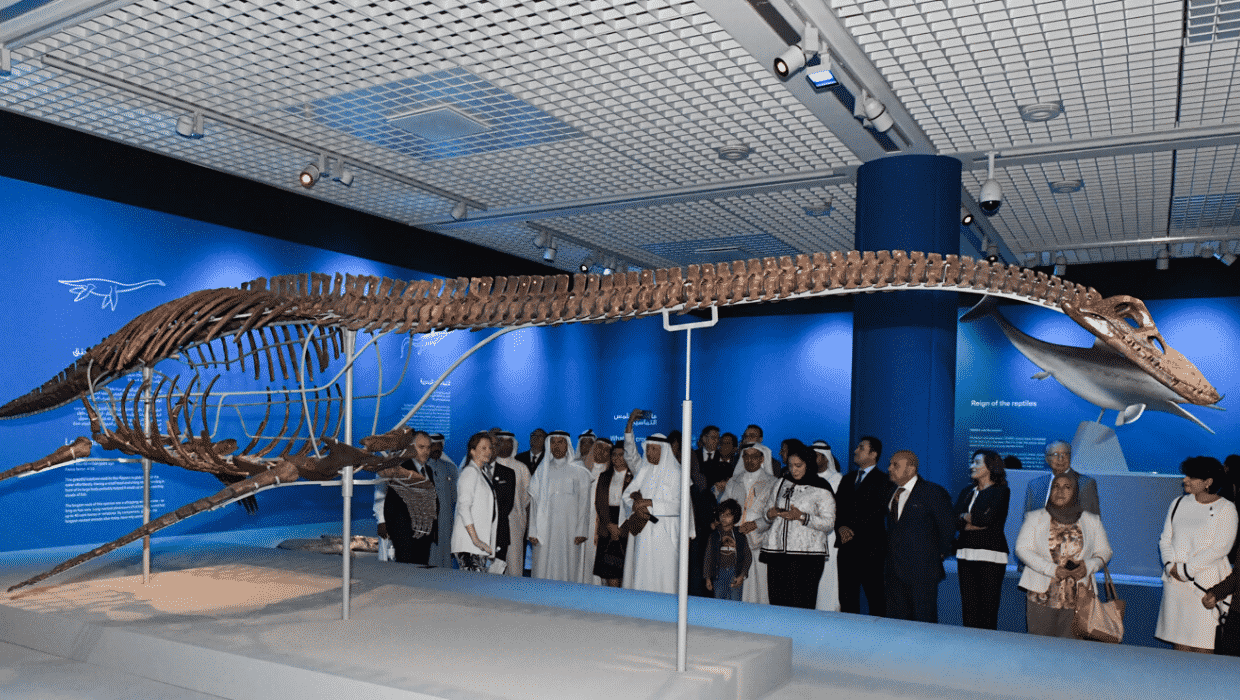 In addition, an educational programme designed by the Natural History Museum’s education team for ages 6+ will be held in parallel with the exhibition.

The three months exhibition is part of the Bahrain Authority for Culture and Antiquities’ (BACA) year-long 2019 programme “From One Jubilee to Another” and its various activities celebrating Bahrain’s national holidays.

Commenting on the announcement, Her Excellency Shaikha Mai bint Mohammed Al Khalifa stated, “We are inaugurating this UK-based exhibition on the anniversary of the establishment of the Bahrain National Museum. This underscores the fact that culture-related efforts act as a bridge by which we can reach and engage others and foster dialogue.”

Her Excellency went on to stress that BACA has forged close partnerships with leading cultural institutions around the world as an integral part of its long-term strategy, that aims at nurturing and promoting our local cultures and underlines Bahrain’s status as a regional cultural hub.

HE praised the role of the British Council in the Kingdom of Bahrain, as a valuable partner of BACA, in enriching cultural relations between the two friendly nations through various events and activities. Shaikha Mai also thanked the Natural History Museum in London for providing this new and exciting scientific and cultural experience.

This exhibition has been generously supported by the British Council, DCMS and GREAT through the UK-Gulf Culture and Sport programme to support and encourage new partnerships and collaborative projects between institutions in the United Kingdom and the Gulf.