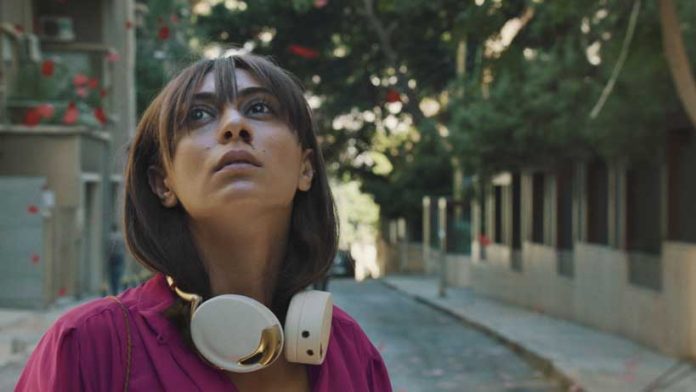 The Dubai International Film Festival (DIFF) has revealed the final eight films that will complete the 2017 Muhr Short lineup. The completed 15-strong competition segment brings a diverse range of work to the 14th Festival, running from 6 – 13 December. Aside from the honour of the award itself, the renowned competition will offer a once-in-a lifetime opportunity for one talented director, as the winning short film will qualify for 2019 Oscar consideration.

‘Blue Fly Road’ from acclaimed Syrian filmmaker Bassam Chekhes will make its world premiere at DIFF. Having won hearts with his 2012 short ‘Waiting for P.O. Box’, Chekhes returns to DIFF with a story of two brothers. Nine-year-old Ibrahim lives alone in the forest; everyday he waits for his twin brother, Abdulla, to bring him food and water. One day they switch places, so Ibrahim can wonder through the blue fly road for the first time.

Joining Chekhes is DIFF veteran and multidisciplinary artist Hicham Lasri, with the world premiere of his latest short ‘City Soul’. Following successful festival campaigns for ‘The End’, ‘They Are the Dogs’ and ‘Starve Your Dog’, ‘City Soul’ follows a young child who wanders the roads of Casablanca’s metropolis. A lone figure in an overwhelming city, the child aims to capture its soul through the reflections of its narrow streets, boulevards and inhabitants. Dark and light of the ancient city come to the fore, made tender and soft through the child’s eyes and the audience witnesses as the beauty of Casablanca emerges.

Making her debut at DIFF is first-time Egyptian filmmaker Noha Adel with the world premiere of her short film ‘Into Reverse’. It is a typical morning in Cairo, until a chance encounter between two drivers erupts into hostility on a crowded one-way street. A confrontation between the two drivers follows: a raging, angry man and a frightened but determined woman. Despite having right of way, will the female driver submit just because she is a woman?

Marking his third appearance at the Festival is celebrated Palestinian-Jordanian filmmaker Ameen Nayfeh with the world premiere of ‘The Crossing’. Shady and his sister Maryam are excited to visit their sick grandfather on the other side of the wall. Their elder brother Mohammed quickly arrives with the permit to let them cross. They arrive at the checkpoint. However, sometimes even having a permit is not enough to let people pass.

Acclaimed Lebanese director and screenwriter Cyril Aris returns to DIFF, with his latest short film, ‘The President’s Visit’ after winning an award at DIFF 2016 for ‘Submarine’ which he produced.  ‘The President’s Visit’, which premiered at the Toronto International Film Festival earlier this year, follows fishermen in a small coastal town. When the men learn about the secret visit from their President to one of their local shops they set off on a major cleanup to keep-up their town’s perfect image.

Joining Aris is Lebanese filmmaker Feyrouz Serhal with her debut short ‘Tshweesh’, which premiered at the Locarno International Film Festival this year as well as being screened at Busan International Film Festival. Beirut waits with bated breath for the first match of the FIFA World Cup. Although life continues normally, the first match’s transmission is disrupted by strange audio waves. The frustration over the telecast builds up and gives way to a larger, live event.

Lebanese filmmaker Talal Khoury, known for artistic shorts such as ‘Muscles’ and ‘Monday’, brings the world premiere of his latest work, ‘Mediterranean’. It takes only four to six minutes for a human to drown. This is now a frequent occurrence in the Mediterranean Sea, as people risk everything in order to flee the brutality of war. Audiences are invited to meet the blue waters that are constantly swallowing people, while the world watches.

The world premiere of ‘When the Sky Began to Scream’, from Tunisian writer and director Kays Mejri, will complete the Muhr Short lineup. The dark thrilling short finds Samy and Lilya on a forgotten road far from the city, the film takes a dramatic turn when they are confronted by a group of gravediggers with bad intentions for Lilya and her unborn child.

Masoud Amralla Al Ali, DIFF’s Director, commented: “The filmmakers in the Muhr Short category never fail to impress us with their creative insights and captivating storytelling. It is testament to the imagination and talent across the Arab World that each year we see directors tackle universal themes through the demanding medium of short film, and receive international recognition for their endeavours.”

DIFF’s Programmer, Salah Sermini, added: “The Muhr Short category is an integral and longstanding part of DIFF’s commitment to showcasing the best in Arab cinema, and has showcased a vast array of filmmaking talent from across the region. Producing a short film is no easy task due to the limited resources and time that define the category, but we are as amazed as ever of the creativity offered in this year’s lineup and look forward to sharing them this December.”

Ticket packages are on sale now for the 14th edition of the Dubai International Film Festival which will take place from 6 – 13 December, 2017. For more information on the packages and registration for media, students and industry professionals, visit the DIFF website at www.diff.ae.

Under the patronage of Mohammed Ali Al Qaed, Chief Executive of the Information and eGovernment Authority, the "Virtual Bahrain 2020" conference and exhibition will...
Management Principles

Royal Humanitarian Foundation (RHF)'s Secretary-General Dr. Mustafa Al-Sayed, visited some areas affected by the floods and torrents that swept Sudan. This came under the directives...
Tech