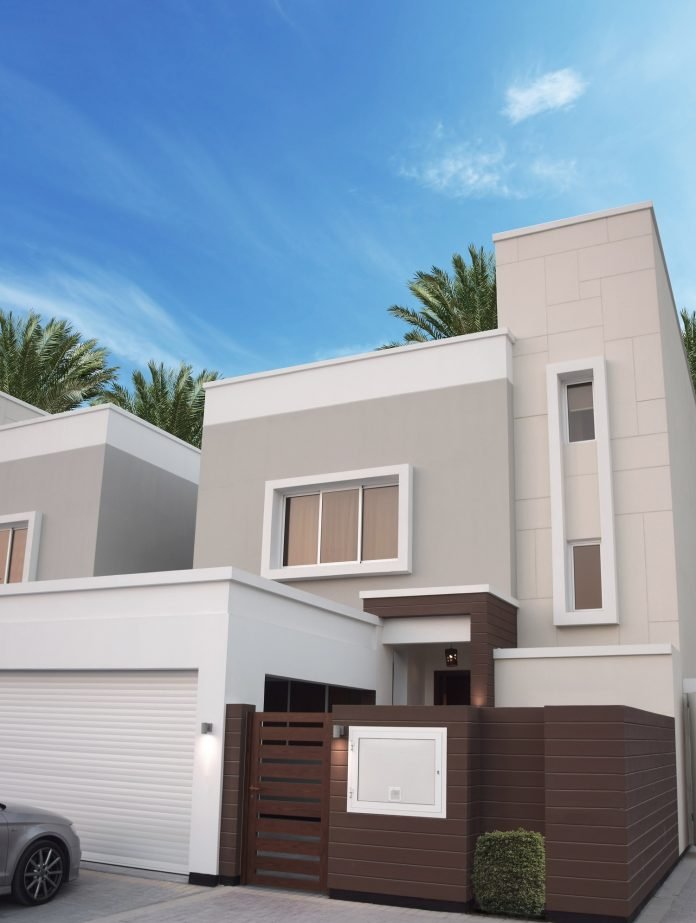 Diyar Al Muharraq, one of the leading urban developers in the Kingdom of Bahrain, announced that work on the Mock-up Villas within Deerat Al Oyoun have been completed and are now officially open for viewing to both prospective customers and the general public.

With the Second Phase of Deerat Al Oyoun envisioned to accommodate 142 Villas of 3 differing types; 14 Modern Tropical Villas, 36 French Chateau Villas and 92 Classical Art Deco Villas, on plot sizes of 185 sqm each, the Show Villas were designed from the outset to exhibit some of the different designs incorporated within these models. And in line with that exhibitory purpose, the two Affordable Housing Mock-up Villas were specifically built to embody the specifications of the Modern Tropical Villas.

Speaking on the occasion, Chief Executive Officer of Diyar Al Muharraq, Dr. Maher Al Shaer said: “In line with our hallmark consistency and accomplished efforts to expedite the completion of our project in its entirety, it brings me immense pleasure to announce that the Deerat Al Oyoun Mock-up Villas are officially ready for potential homeowners to view and subsequently, decide on the purchase of houses within the development according to their preferred design.”

“Deerat Al Oyoun is one of the most significant projects within Diyar Al Muharraq as not only is it a first of its kind partnership between the public and private sectors but it also embodies the monumental importance of the master-planned development as a whole to the Kingdom of Bahrain, and represents the government’s strives to substantially augment the Kingdom’s housing capacity for its citizens. Therefore, the opening of the Show Villas within Deerat Al Oyoun serves as an influential milestone in our timeline that will only further drive us forward to the pinnacle of developmental eminence that we have envisioned Diyar Al Muharraq to be, in both the Kingdom of Bahrain and beyond. We invite one and all to come and view the Mock-up Villas to glimpse the architectural excellence, brilliant design aesthetics and the harmonious communal experience that awaits prospective residents,” he added.

The Deerat Al Oyoun project comprises of over 3,100 fully-facilitated houses which include provisions for both Social and Mazaya housing, emphasizing the special attention that the government gives to those private sector initiatives that provide sustainable long-term housing solutions.

The site dedicated to the Deerat Al Oyoun residential units is located in the South side of Diyar Al Muharraq on a total land area of 1.2 million square meters, with 2 Phases launched so far. The first phase of Deerat Al Oyoun encompasses 133 units while the Second Phase of the Project will accommodate 142 Villas.

The Project’s site is considered an ideal residential area with integrated community service centers and green park spaces, and enjoys a strategic position due to its proximity to schools, shopping malls, public beaches, walkways, cycle paths, recreational facilities, mosques, medical clinics, public transport and the Bahrain International Airport. The overall design of the Project has been inspired by the typical Bahraini neighbourhood and aims to establish a close-knit community whilst maintaining the expected level of privacy.

The cornerstones have been set mid-2016 and construction work is taking place, with an aim of delivering the first phase of the Project in the First Quarter of 2018, while the second phase is also in progress. Diyar Al Muharraq further stated that construction of the first floor of all the residential villas within Deerat Al Oyoun has been completed, and that work is now being carried out on the infrastructural elements of the Project.

Diyar Al Muharraq is a unique master planned city for the people of Bahrain offering range of housing options and quality lifestyle. Diyar Al Muharraq offers a cohesive mix of residential and commercial properties with a strong lineup of projects aimed at creating a long term and sophisticated township.

Microsoft is about to release a big Xbox app update for iOS that includes the ability to stream Xbox One games to an iPhone....
Read more
PR This Week