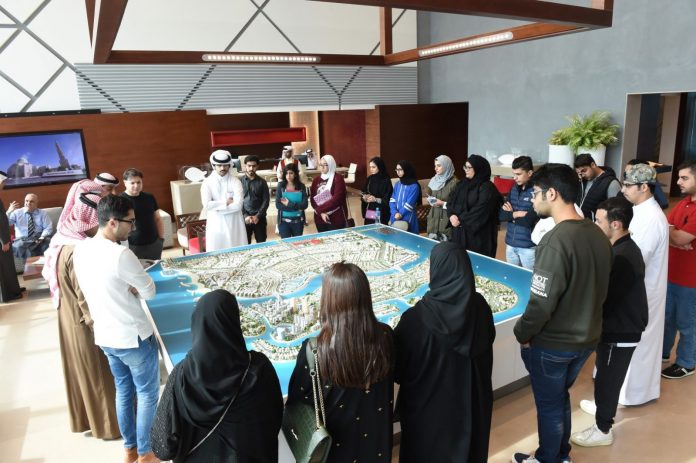 Diyar Al Muharraq, one of the leading urban developers in the Kingdom of Bahrain, hosted a delegation of Engineering students and faculty members from the Applied Science University (ASU) on a tour of the development’s most significant projects on Sunday, the 25th of February, 2018. 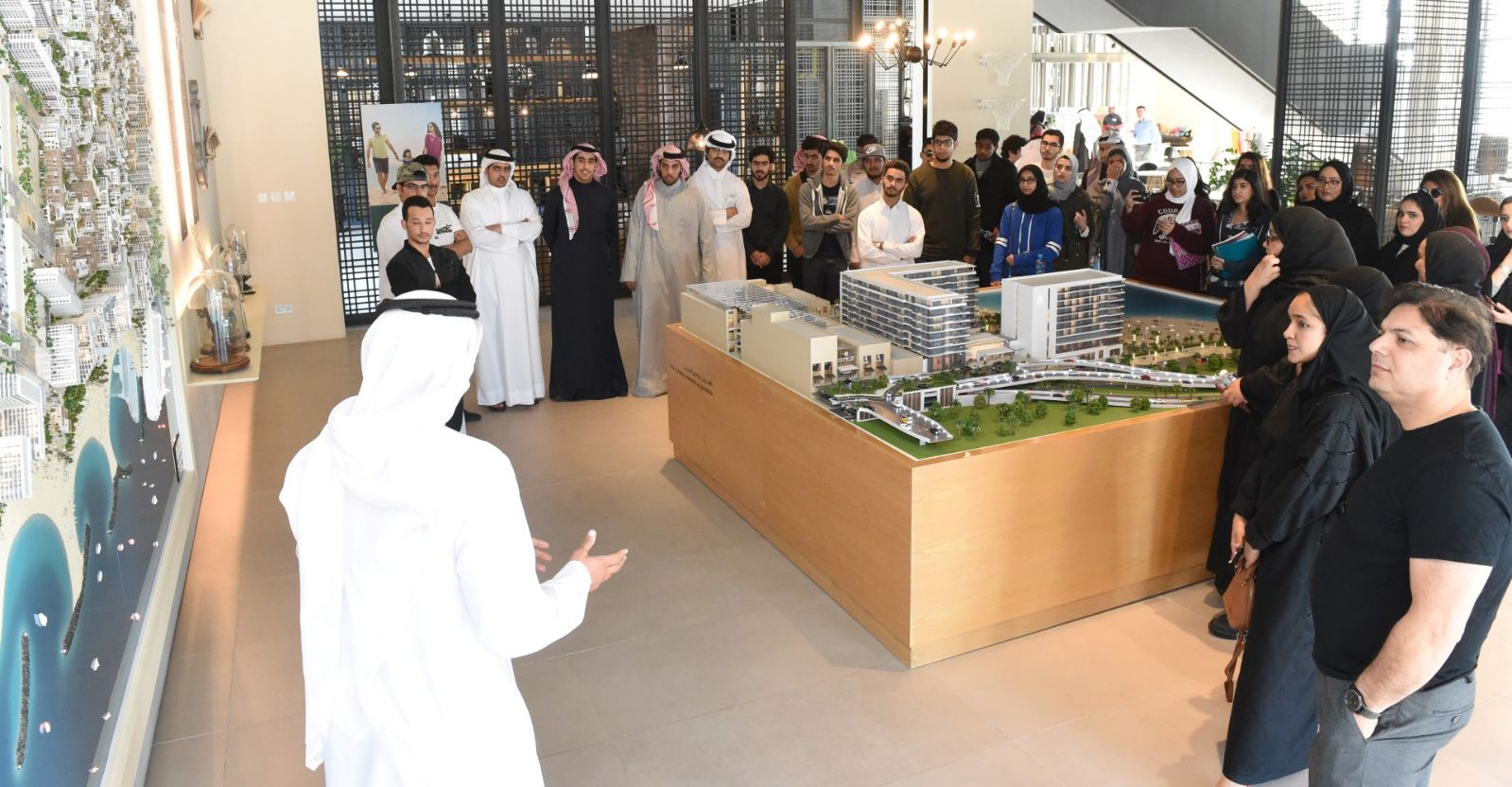 Speaking on the occasion, the Chief Executive Officer of Diyar Al Muharraq, Dr. Maher Al Shaer said: “One cannot underestimate the significance of educating these young adults, as the students of today are poised to be the leaders of tomorrow. And with their engineering background, these undergraduates are set to shape the infrastructure of the Kingdom of Bahrain, substantially contribute to positioning the Kingdom as pioneering revolutionists in the regional Real Estate and Property Development Industry, and greatly influence Bahrain’s economy such that it is projected in an exponentially rising upward trajectory, and thereby we believe it to be part of our social responsibility to guide them. Therefore, on behalf of Diyar Al Muharraq, I would like to express my immense pleasure at hosting them and their distinguished teachers as a mark of the fulfillment of our responsibilities towards the development of their future.”

The purpose of the Tour was so that the members of the ASU delegation could familiarize themselves with the projects that are either under development or are currently open to the public, whilst providing them with updates on the progress of each.

The Applied Science University is set to consolidate its pioneering position as a leading educational center in the Kingdom, by building a state-of-the-art campus in Diyar Al Muharraq to serve both the city’s residents as well as the neighbouring cities.

Diyar Al Muharraq is a unique master planned city for the people of Bahrain offering a range of housing options and quality lifestyle. Diyar Al Muharraq offers a cohesive mix of residential and commercial properties with a strong lineup of projects aimed at creating a long term and sophisticated township.