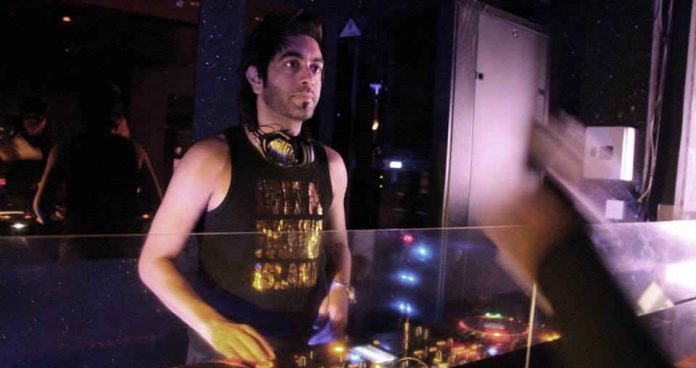 Bahrain’s leading musician and disc jockey, Abdulla AlMuharaqqi, a.k.a DJ Jackson has teamed up with EXELON Solutions for his Asia Tour 2017 and the biggest New Year’s Eve event at Coral Bay.

The talented DJ also topped more than one million hits on YouTube on his collaboration of the track ‘Tonight’ with Romanian pop duo Two Akcent and Caribbean star Dollarman.

DJ Jackson is the embodiment of Bahrain’s electronic scene, and has headlined major music festivals and shows all over Europe, including Privilege Ibiza, and Middle East.

The New Year’s Eve concert will have the biggest lineup ever compared to other events as it will feature TWO Akcent live along with various renowned DJs from across the globe. It will also be the first time in history that a party will feature four massive dance floors, each playing a different genre of music to cater to everyone’s musical palate.

Commenting on the Asia Tour 2017, DJ Jackson said: “Normally I have a tour in Europe every year and it is my first time exploring the scene in Asia. I am excited on partnering with Exelon and anticipate a fruitful exchange.”

Smashing dance music charts worldwide, ‘Tonight’ involved working and traveling between Bahrain, Roman and Spain for over a year before it was published.

Giving us a sneak peek of future plans, DJ Jackson has confirmed yet another collaboration in the pipeline with an international artist, with the shooting of the video starting in New York in early 2017.

Tickets for the NYE concert are priced at BD15 per person during the pre-sale period and can be purchased from Mukta A2 Cinemas in Juffair, Coral Bay, and online on wafiapps.com.

The National Health Regulatory Authority has approved the emergency use of Covishield, the Covid-19 vaccine produced by AstraZeneka in cooperation with the University of...
Read more

If you are guarantor citizen for employees, residents with no guarantor or Bahrain visitor, you may extend the visa with eVisa range of services...
Inside Bahrain

Held in cooperation with the Ministry of Works, Municipalities Affairs and Urban Planning, the Bahrain Authority for Culture and Antiquities concluded its “Bench in...
PR This Week

Under Armour, has officially opened its very first brand house in the Kingdom of Bahrain. The new store is located in the premier shopping...
Life Quotes

Most of us, to achieve any goal are advised to have self-control and self-discipline. For instance stop eating carbs, ground yourself to study. These...
Inside Bahrain

The National Taskforce for Combating the Coronavirus (COVID-19) has announced in today’s press conference that the new COVID-19 variant has been discovered in Bahrain. Precautionary...
Sports This Week

K.G. Baburajan has played a pivotal role in the development of the Kingdom of Bahrain for the past four decades. Starting with Saudi-Bahrain Causeway,...
PR This Week