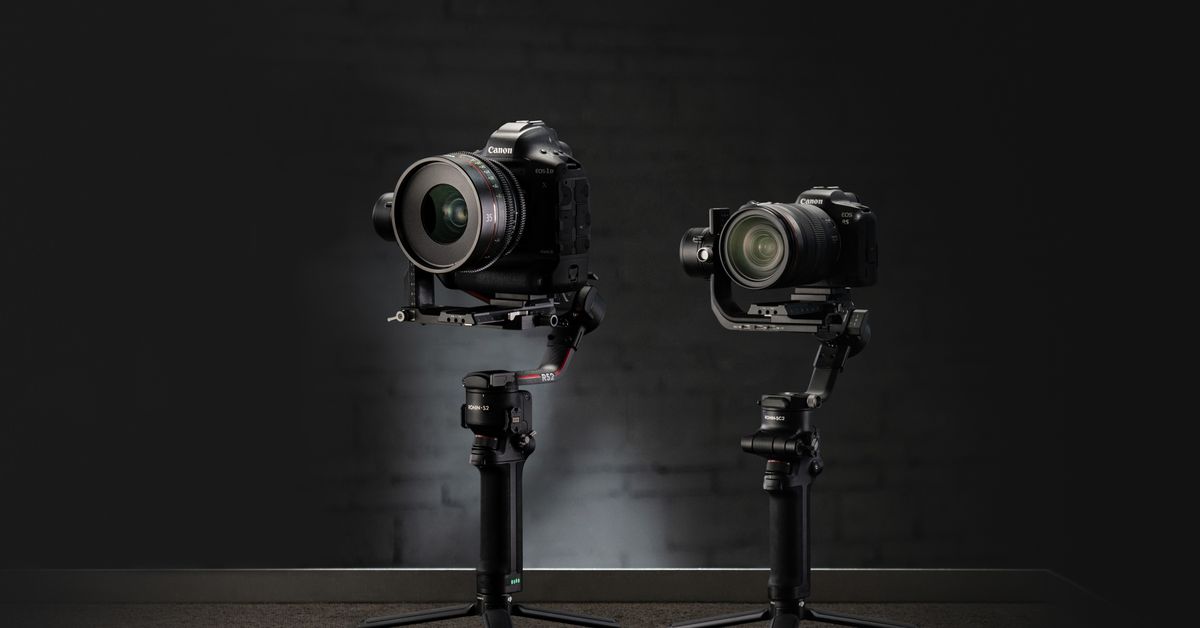 It’s been well over a month since DJI teased its new products, it officially announced two new gimbals — the Ronin S 2 and the smaller Ronin SC 2.

Both three-axis gimbals come with upgrades you’d expect — stronger motors, heavier payloads, lighter materials, but also some software features we haven’t seen yet. Before we get to that, let’s start with the hardware changes on the RS 2.

The more professional gimbal out of the two is now made with carbon fiber and is 1.3lbs lighter than the original Ronin S, weighing in at a total of 2.86lbs. DJI says the RS 2 supports maximum dynamic payload up to 10lbs. It can theoretically hold even heaving rigs, but you probably won’t get ideal performance with that.

The gimbal also comes with a small 1.4-inch touchscreen display that sits right above the joystick. It can be used to show gimbal settings, camera data, and transmit a live feed of what the camera is recording, but its main purpose is so you can use features like active track without attaching your smartphone on top of the camera.

DJI is also introducing Titan Stabilization Algorithm, a predictive technology which in theory should optimize to your specific shooting style over time and cut down on manual user input when it comes to speed, deadband and acceleration settings. The second new software enhancement is called SuperSmooth and it’s specifically designed for smoothing out movements when shooting with a tighter lens of up to 100mm focal length.

There are a few other changes that will make any filmmakers’ life easier. The follow focus wheel is now located on the front of the handle and sits right above your index finger. Both RS 2 and RSC 2 are now compatible with Arca Swiss & Manfrotto plates. And that same axis can now be fine-tuned with the balancing knob after you have already mounted your camera, which should speed up setup times between shots.

The Ronin SC 2 is a smaller version of the RS 2 built for smaller mirrorless cameras. This year’s updates include a new foldable design and many of the software and hardware features added to the RS 2.

The gimbal weighs in at 2.65lbs, which is just slightly heavier than its 2.4lbs predecessor. Its stronger motors support a tested payload of up to 6.6lbs. I felt that the original Ronin SC was just a bit underpowered when I tested it last year. This year DJI promises that more popular camera/lens combinations will work better, such as a Panasonic SH1 paired with a fairly heavy 24-70mm lens.

The new foldable design allows for this gimbal to be held in sling mode, which enables shooting very low to the ground, and there’s also a small 1-inch screen right above the handle.

Both gimbals come with built-in batteries that DJI says last up to 12 hours of use, and both feature a new quick charge function which can give you a total of 2 hours of use in 15 minutes of charge time. In addition to all of the previous preprogrammed filming modes like panorama, timelapse and vertical mode, DJI is adding a new mode called Time Tunnel that captures a hyperlapse while performing a 360 degree roll.