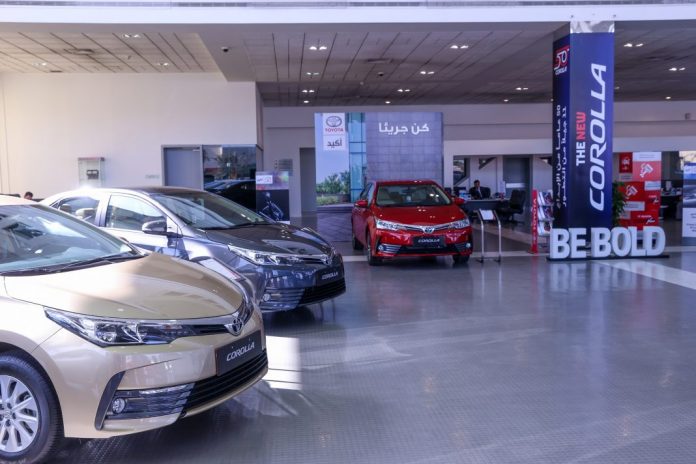 Ebrahim K. Kanoo, sole distributor of Toyota vehicles in the Kingdom of Bahrain, announced the launch of the 2017 Toyota Corolla, now available at its Toyota Showroom in Sitra. The bold and stylish new model is available with 16V 2.0-litre and 1.6-litre engines, and boasts many of the well-known performance and safety features available in previous versions, which together create its familiar dramatic look, exhilarating performance and cutting-edge functionality.

This year also marks the 50th anniversary of Corolla, crowning five decades of providing reliable Japanese automotive technology to millions of drivers, and a global reputation for being the “trouble-free” car.

Ebrahim K. Kanoo Senior Manager of Toyota Marketing, Ayman Shehadeh said: “The name Corolla has become synonymous with efficiency and reliability in the automobile world, and its popularity can be easily witnessed, especially here in Bahrain, where it is one of the most widely seen cars on the road. It is a brand that has been trusted for decades. Whether for the young and fun-seeking or the family-oriented, it appeals to a very wide customer segment.”

The first generation of the Corolla was launched by Toyota Motor Corporation in 1966, and later went on to become one of the best-selling cars worldwide, moving more than 40 million units over 11 generations.

For more information about the 2017 Toyota Corolla, visit the Toyota Showroom in Sitra, call 17730730 or visit toyota.com.bh