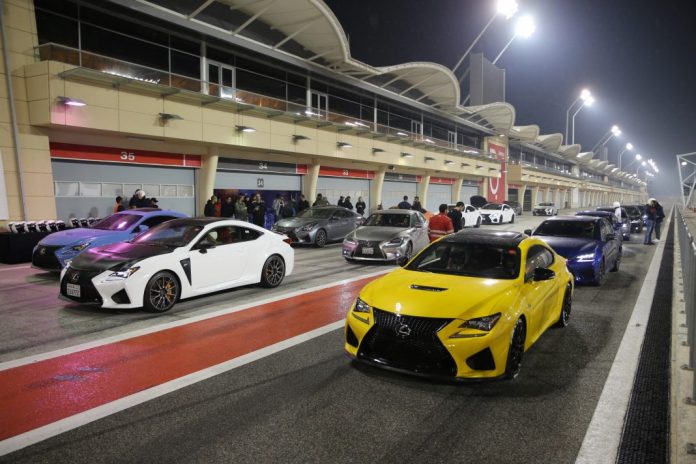 Ebrahim K. Kanoo, sole distributor of Lexus vehicles in the Kingdom of Bahrain, held an experience event for the Lexus F and Lexus F Sport owners, giving them the unique opportunity to drive their vehicles on the track at the Bahrain International Circuit (BIC). The event, which took place On Saturday January 21st from 4pm to 9pm, allowed car owners to experience the true capabilities of the F & F Sport models by testing the power, handling, and responsiveness of their vehicles at their maximum levels.

Senior Manager of Lexus Marketing, Ayman Shehadeh, welcomed the guests and said: “since the introduction of the F and F Sport models, Lexus has succeeded in setting a new standard in high performance vehicles. These models are an unprecedented feat of performance engineering that has been forged from the asphalt up, and developed to satisfy the most demanding driving enthusiasts. The “F” stands for Fuji Speedway, where Lexus conducts much of its high-speed development. It also stands for fun, as defined by Lexus’s three key elements: response, a continuous-acceleration feeling, and a sound that excites”.

He continued: “We are delighted to see that the event was so well received and definitely will be holding more thrilling Lexus events in the near future.”