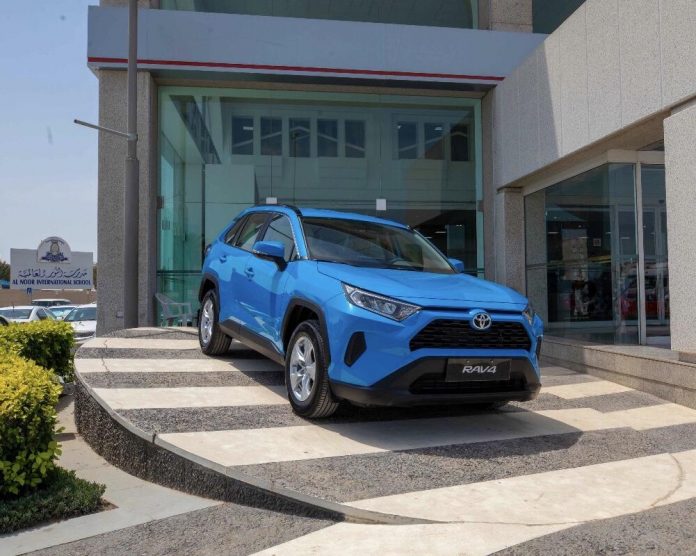 Delivering on its promise to introduce trendsetting vehicles that meet and exceed customer expectations, Ebrahim K. Kanoo has unveiled the stylish, all-new 2019 Toyota RAV4. Bringing a new era of improved performance, capability, and safety, the fifth generation RAV4, the compact SUV trend-setter, is poised to, once again, change the game.

The all-new RAV4 is, in essence, disrupting the segment it created. It is bringing more sport and more utility back while further enhancing the agile handling, everyday comfort and exemplary fuel efficiency that established the RAV4 as a firm favorite among motoring enthusiasts in the region. The all-new vehicle is designed to tackle urban, suburban, and great outdoor adventures with equal finesse. The look is tougher, and there’s greater capability with a new all-wheel-drive system, yet the ride is smoother and quieter, with new comfort touches inside. 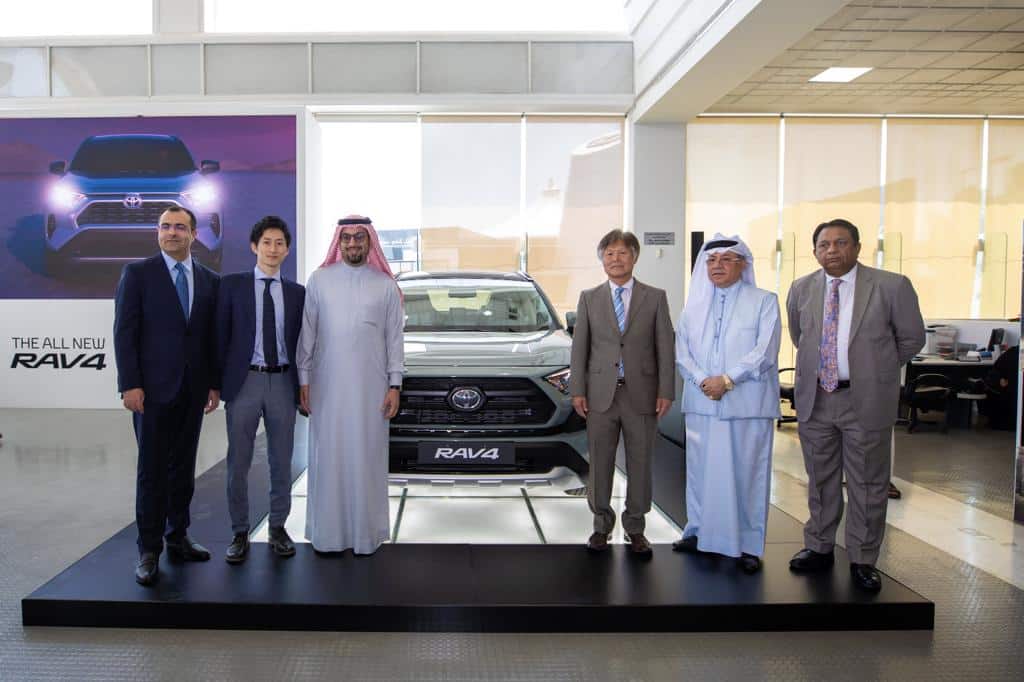 One of two major additions to the all-new RAV4 is the hybrid electric model, which combines two power sources consisting of a petrol engine and two electric motors. The class-leading model, which offers the lowest fuel consumption value of 22.2km/L, enables customers to contribute to a more sustainable future while enjoying increased driving satisfaction and engagement provided by its advanced technologies and cabin quietness, as well as its acceleration smoothness, especially when accelerating from a stand-still.

The second addition to the RAV4 is the Adventure model, which was established as a symbolic model to appeal to active users through enhanced Waku Doki – the equivalent of “heart-pumping excitement” in Japanese – and a more powerful image. It is distinguished by a more aggressive bumper, grille design and fog light surrounds, larger over-fenders, high-rise roof rails and a retuned suspension.

Yoshikazu Saeki, Chief Engineer for the Toyota RAV4, said: “The RAV4 has held a strong market presence since its introduction 25 years ago. It has gained a loyal following the world over, continually evolving to respond to changing customer needs. For the new RAV4, we set out to create a product that appeals to the next generation of customers.”

Senior Manager of Toyota Marketing at Ebrahim K. Kanoo; Mr. Ayman Shehadeh commented: “ The RAV4 truly is one of Bahrain’s favourite compact SUVs and this all new redesign has given it a new stylish and dynamic look. We are excited to launch the new hybrid model which falls in line with Toyota and the Kingdom of Bahrain’s vision for sustainable mobility. We are grateful to our customers for their enthusiasm in adopting this new technology which is both cost effective and good for the environment.” 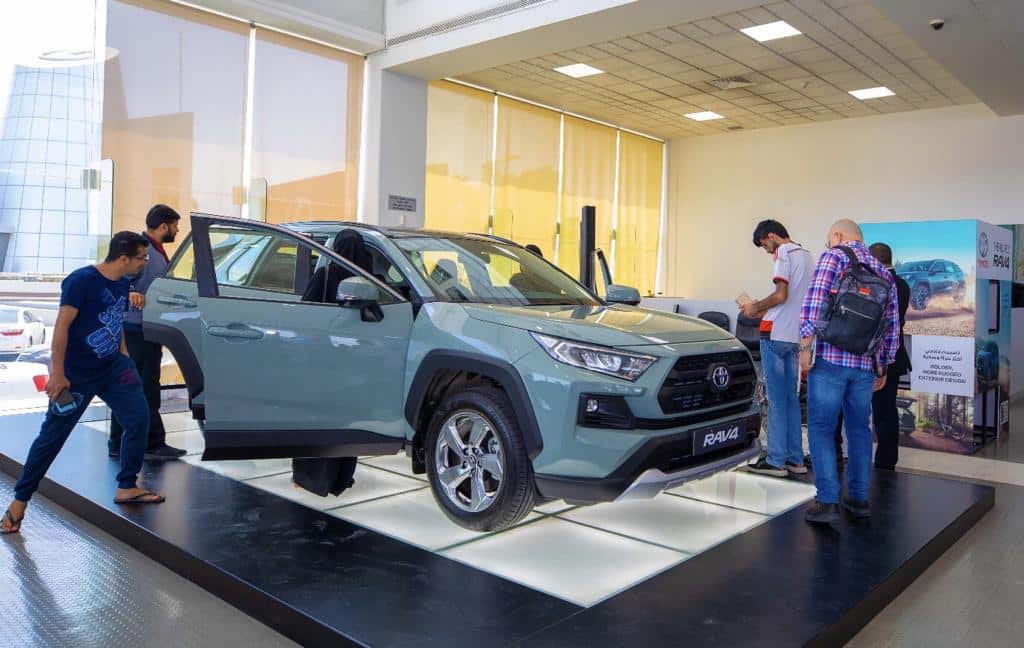 The exterior lines and detailing in the cabin are influenced by regular, polygonal shapes, communicating strength and coherence. The wheel arches appear to hold the tires from a high position, emphasizing the lifted-up body and drawing attention to the vehicle’s capability. Meanwhile, the side mirrors are positioned lower on the doors for increased forward visibility around the A-pillar. Side visibility is increased thanks to a lowered beltline and the redesigned and enlarged rear-quarter glass. Form and function combine in taillights and exterior door handles, which have been shaped to contribute to aerodynamic stability.

The RAV4’s distinct personality is completed by its expansive and comfortable cabin, which displays exceptional quality and finish throughout. The instrument panel’s horizontal layout has a slimmer profile and a lower position than before to enhance forward visibility. Solid material used for the upper and lower parts of the instrument panel and door trim grip conveys strength and durability. Soft padding has been added to areas that passengers frequently touch, while stitching that enhances the continuity from the door trim to the instrument panel adds a sense of quality. 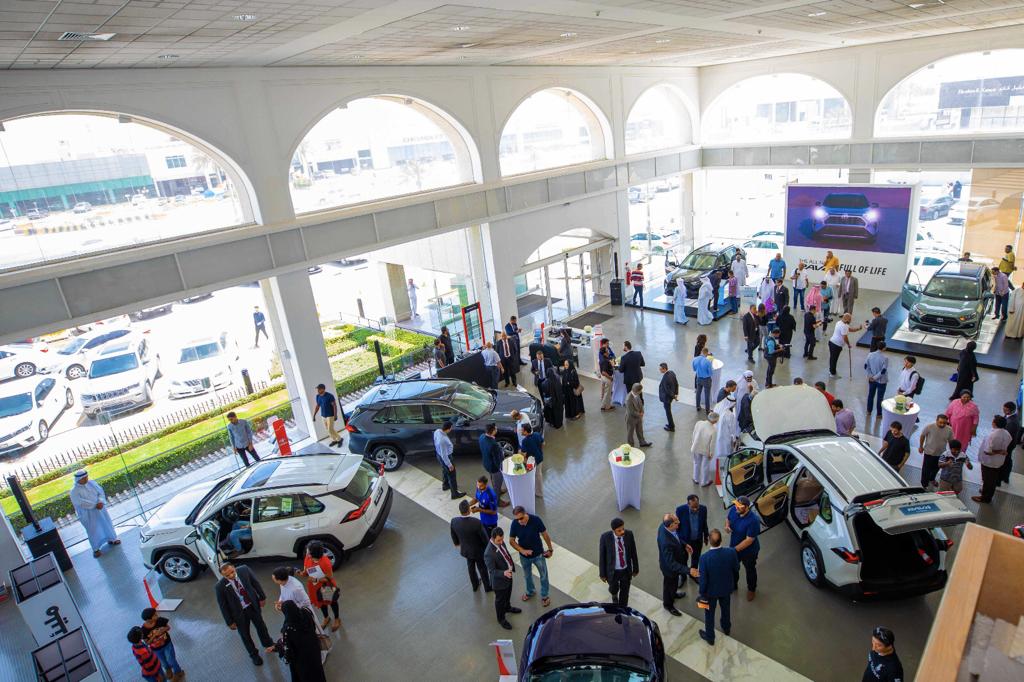 Complementing the all-new RAV4’s daring looks is a thrilling drive personality infused by two powertrain options. A new 2.5-litre four-cylinder Dynamic Force engine with D-4S fuel injection system, which produces 203 hp and ‎is mated to a new eight-speed Direct-Shift automatic transmission (8AT), resulting in a quicker and smoother acceleration. On the other hand, a new electrified hybrid system combines two power sources consisting of a petrol engine and two electric motors producing 176 hp and 118 hp, respectively, with a combined power of 218 hp. It is also mated to a Direct Shift Continuously Variable Transmission (CVT) that provides the lowest fuel consumption value of 22.2km/L while delivering a new level of driving pleasure.

Available in nine distinctive exterior colors, the all-new RAV4 provides customers the opportunity to express their individuality. Four new colors, Cyan ME, Dark Blue MC, Attitude Black MC, and the newly-developed Urban Khaki, further express sophistication and strength. On the other hand, the interior is available in a total of three colors, such as Light Gray, Beige and Black. Drawing inspiration from the polygonal motif, the all-new RAV4 has been rearmed with new 17-inch and 18-inch alloy wheels, created with a strong shape and a sense of precision, emphasizing the modeling theme present throughout the vehicle.