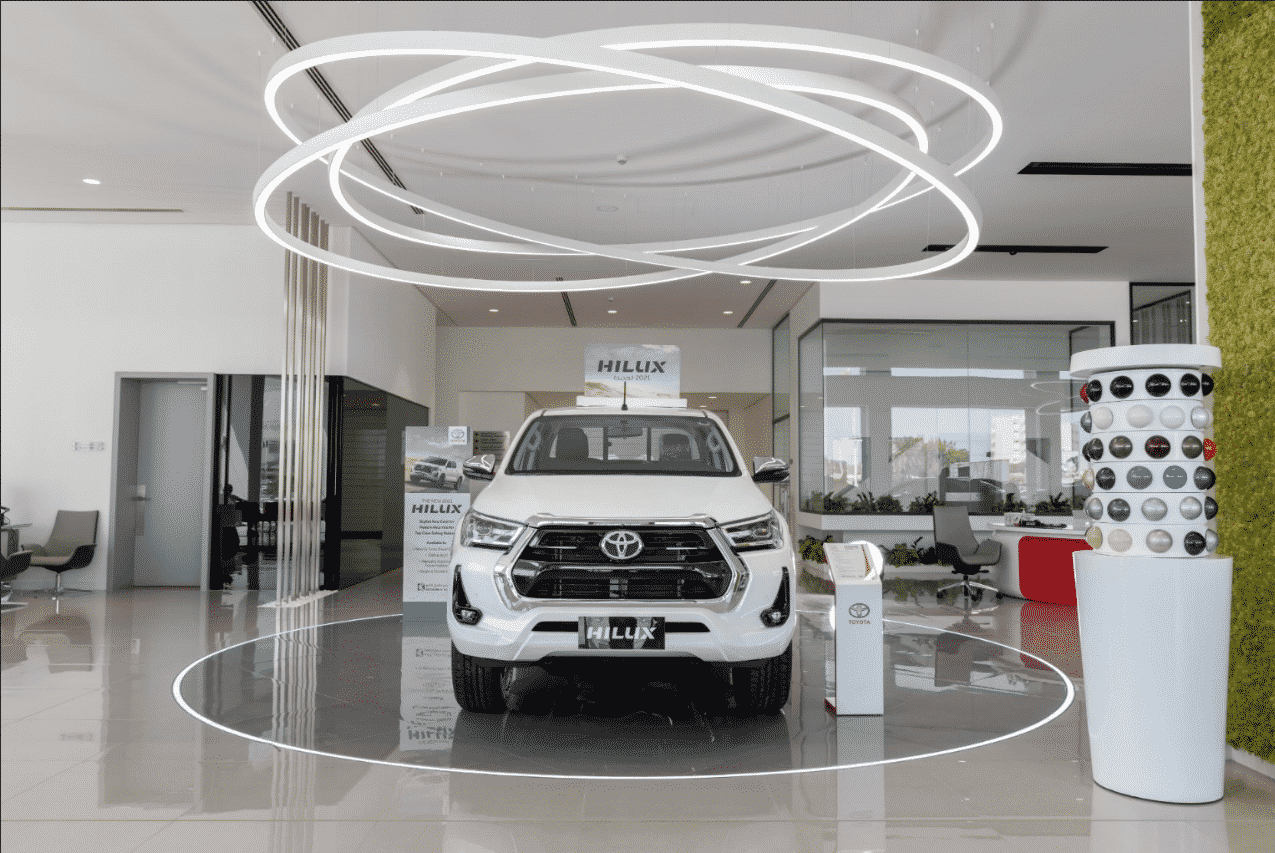 Ebrahim K. Kanoo, the sole distributor of Toyota vehicles in Bahrain, has announced the arrival of the new Toyota Hilux at its showroom in Sitra.

Since its debut in 1968, The Toyota Hilux has sold more than 18 million units in over 180 countries and territories making it one of the most successful pick-ups worldwide. The Hilux’s global success is attributed to its heavy-duty performance and Toyota’s signature quality, durability and reliability ethos.

The 2021 Toyota Hilux sports a fresh look with its bold new grille design and refurbished interior. Customers can select their preferred model in petrol or turbo diesel engines, 2-wheel drive or 4-wheel drive. Customers also have the option to choose from double and single cabins as well as automatic and manual transmissions. These options make it the ideal pick-up truck that can be customised according to specific demands.

Well known globally as a reliable and durable pick-up, the Hilux can carry up to 1,000 KG (1 tonne) and tow up to 3,500 KG (3.5 tonnes), making it the best suited for any heavy payload or towing tasks.

Toyota’s enduring quality and unmatched reliability contributes to its incomparable high resale value in the Kingdom. The huge network of parts and service support of Ebrahim K. Kanoo is in line with Toyota’s commitment to excellence, continuous development and creativity.

The 2021 Hilux is now available at the Toyota showroom in Sitra.