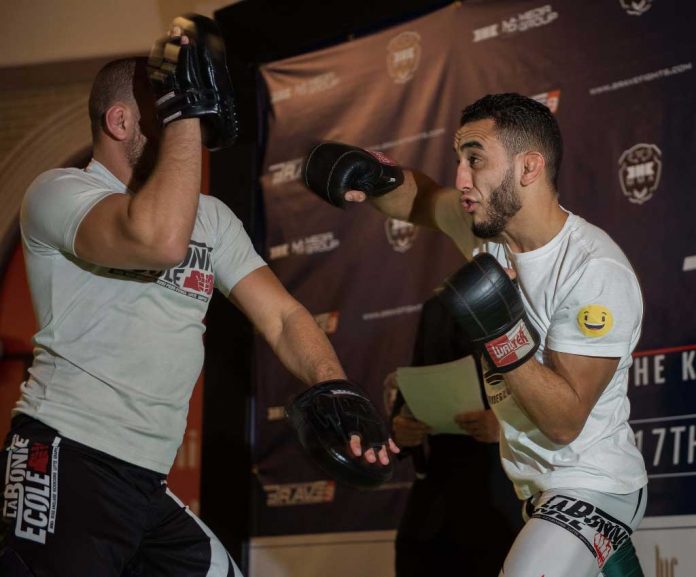 Elias Boudegzdame Reaches Out To Children During New Year

December 31, 2017
Facebook
Twitter
Pinterest
WhatsApp
Linkedin
Elias Boudegzdame the Featherweight champion of Brave Combat Federation had reached out to hospitalised children in Montpellier, France during the New Year. Elias and his brother and coach Amine opened the doors of their gym, La Bonne Ecole, offering free martial arts classes and demonstration to motivate and to inspire the children. He also spearheaded a campaign where he gathered toys and chocolates to make their wait for the New Year special. The children also had special time meeting the Brave Combat Federation champion and having photographs and autographs from Elias.
Brave Combat Federation has been in the forefront to motivate the athletes to be role models for the society. The Bahrain based promotion which is found under the vision of His Highness Sheikh Khalid bin Hamad Al Khalifa has announced that nurturing social commitment among athletes will be among the priorities for the year 2018. The initiative had far reaching results as more athletes joined the initiative with actions in their community. Abdul Kareem Al Selwady had previously reached out support six year old Rayyan, in an effort against anti-bullying which was appreciate worldwide.
Facebook
Twitter
Pinterest
WhatsApp
Linkedin
Previous articleCrediMax Marks Bahrain National Day
Next articleAlba Marks The Occasion Of Bahraini Women’s Day