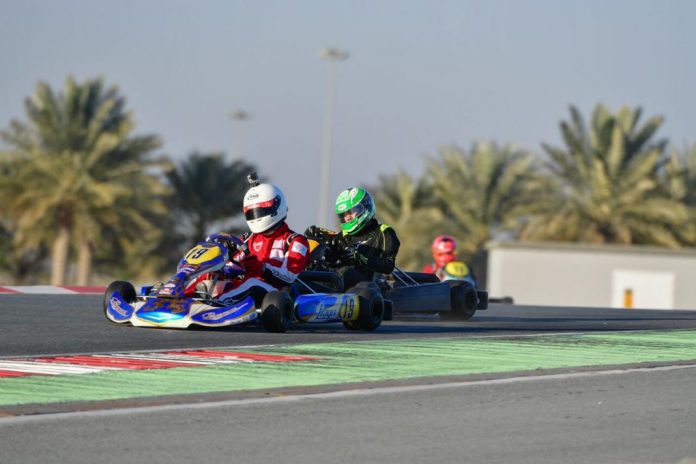 The meeting is set to feature the fourth round of the Bahrain Rotax Mojo Max Challenge (BRMMC) and round six of the Bahrain SWS Sprint Championship (SSWS).

Racing will be held along BIKC’s 1.414-kilometre Commission Internationale de Karting (CIK) Track, and many of the Kingdom’s top karters will be showcasing their talents.

Action begins at 3.45pm with a free practice session for the BRMMC competitors.

Qualifying will then be held at 4.30pm, to be followed by the Rotax karters’ Pre-Final at 5.15pm. The Final is then scheduled for a 6.15pm start, determining the final podium finishers.

In the SSWS, the participants go straight into qualifying at 4.10pm. That will determine the grid for the Pre-Final at 4.50pm, which then leads to the Final at 5.40pm.

The round’s winners will be honoured in a podium ceremony following all the action.

The BRMMC is a championship for Rotax kart owners. It is one of the most highly competitive series in the national scene.

The battles for the season titles in their four different categories are now headed into its final stages, and each and every point is necessary.

Hussain Hassan leads the BRMMC Max class with 80 points. Mohammed Mattar is a close second just one point behind, and Khaled Alsaei is third on 60 markers.

In the BRMMC Junior, Sulaiman Alkanderi tops with 54 points. Luca Sasntiago is second with 42 points and Anas Lecaillon is third with 32 points.

The BRMMC Masters sees Anthony Genocchio in first with 45 points and Mohamed Faqihi trails with 25 markers.

In the BRMMC Entrant class, Batelco Drag 965 Racing is first with 276 points.

Meanwhile, all those aged 15 and above and are hungry for a taste of some heated competition are invited to take part in the SSWS. This arrive-and-drive championship is open to both men and women of whatever nationality or skill level. They will race it out in identical Sodikarts, which will be provided for by BIKC.

Abdulla Buhindi is setting the pace amongst the 40 entrants so far this season with 146 points. Rashid Almuammari is second with 117 markers, while Ahmed Ebrahim is in third place with 106 points.

The Central Bank of Bahrain (CBB) called on consumers to be cautious and vigilant when dealing with their personal and banking information. This warning came...
Read more
Inside Bahrain