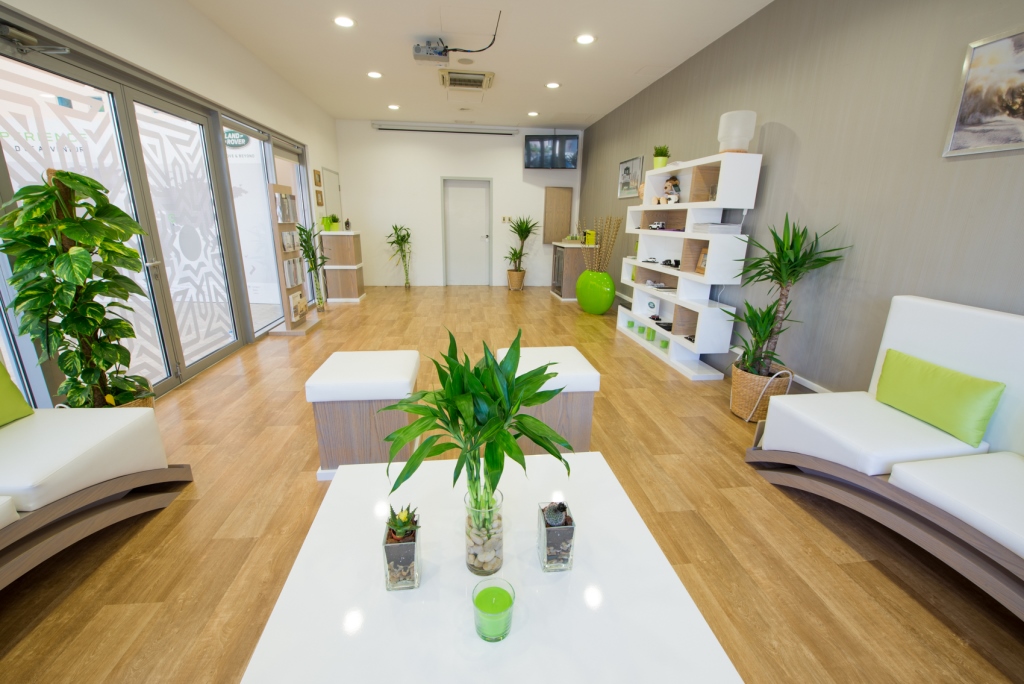 Euro Motors, the exclusive importer and distributor for luxury automotive manufacturer Jaguar Land Rover in the Kingdom of Bahrain, is thrilled to announce that the Land Rover Experience Lounge has been refurbished and that the track has been revamped to include a new obstacle ahead of the Second Year Anniversary of the LRE which is scheduled to take place on the 17th and 18th of February, 2017 at the Bahrain International Circuit (BIC), Sakhir.

A fresh new look has been given to the LRE Lounge in order to celebrate the second year anniversary of the Centre.  The lounge was renovated with the intention of substantially improving LRE customers’ experience and to comprehensively enhance their journey right from their first step into the Centre.

The Land Rover Experience Centre in Bahrain is the first of its kind in the MENA region, and it was designed to cater to both the Bahraini and regional market, which it successfully continues to do. The facility boasts spacious grounds, diverse off-road tracks and is in close proximity to the Bahrain Grand Prix Circuit.

In addition to the existing challenges at the Land Rover Experience Centre, a new obstacle called the ‘Peanut’ has been introduced on the track, which tests the handling and suspension of the vehicles. The ‘Peanut’ is an omnidirectional driving element, which is a simple and effective way of demonstrating product capability. This element is regarded as an important and desirable asset in any portfolio of off road features and elements.

Speaking on the momentous occasion, Ms. Hannane Laidouni, Marketing Manager of Euro Motors Jaguar Land Rover, said: “As we celebrate the 2nd year anniversary of the Land Rover Experience, it gives us immense pleasure to be able to better our existing services and provide a revamped lounge.  The lounge has now been embellished with natural elements that reflect the vitality of the vehicles and exudes the experience of being alive that derives from owning and driving our performance based and aesthetically oriented vehicles. With the LRE having hosted over 3,000 customers in a span of a mere 20 months, the Centre has been enormously successful and holds the promise of much greater milestones in the foreseeable future. On behalf of Euro Motors Jaguar Land Rover, at this juncture I would like to extend our gratitude to the BIC for their whole hearted support and assistance, in every minute aspect as well, and look forward to continuing this relationship for a long time to come; constantly strengthened and our bond reinforced by our regular training sessions with the LRE team.”

Further elaborating, Sherif Al Mahdy, BIC Commercial Director, said: “The Land Rover Experience Centre is a milestone achievement itself, a landmark that stands testament to the Land Rover brand in all its glory and reflects the strong Partnership we have with Land Rover and Euro Motors. And with the 2nd Anniversary of the Centre coming up as soon as February, it is only appropriate that the Lounge was upgraded to reflect the auspiciousness of the occasion. We look forward to welcoming everyone to our state-of-the-art, new-fashioned offerings and, as always, look towards hosting them to the best of our capabilities and beyond to ensure that a good time is had by all.”

Euro Motors Jaguar Land Rover is set to host a two day celebratory event of free sessions for VIPs, representatives of the media, local and regional as well as current and prospective clients, on Friday, the 17th of February 2017 from 3 to 9 pm, and on Saturday, the 18th of February 2016 from 12 to 6 pm. The event is expected to be grandiose in nature, in keeping with the enormous nature of the 2nd Year Anniversary of the LRE.

Located in the heart of the Sakhir desert within the grounds of BIC, the Land Rover Experience Centre Bahrain covers 3.5 kilometres of varying terrains such as sand, rock, hill and water landscapes. There are 33 natural and man-made obstacles allowing guests to traverse terrain including slide slopes, humps, rocks, gravel roads and watercourses, all the while assessing the driving environment, maximising the capability and technology of the vehicle and most importantly developing driving skills in the world’s most capable luxury vehicles. The LRE is open to customers, Land Rover loyalists and off-roading enthusiasts every day of the week, including weekends, from 8 am to 5 pm.

The extreme ends of the off-roading spectre is what Land Rovers are built for and with their incredible track record thus far proving the same, Euro Motors Jaguar Land Rover has complete belief in the vehicles that are being used at the Centre; belief that they do not require any sort of performance or body kit upgrades to consistently perform with the degree of excellence they have up until now. These levels of consistency, coupled with the quality of the trainers and their highly decorated and certified nature makes the Land Rover Experience Bahrain the premier destination for motoring enthusiasts all over the region.