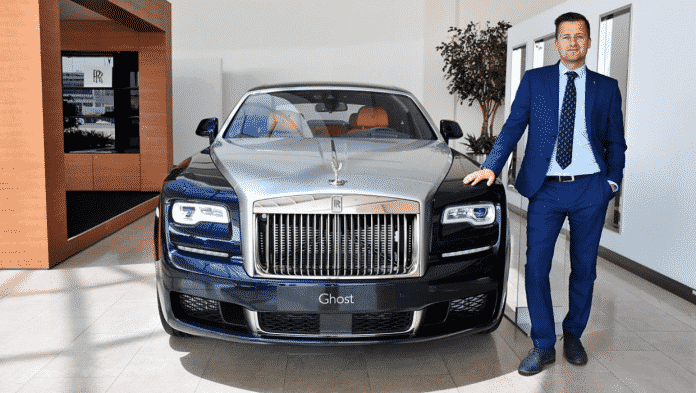 Euro Motors, the authorised dealer of Rolls-Royce Motor Cars in Bahrain, has welcomed Mr Christopher McTiffen to the role of Service Manager.

The new service manager is a results-driven professional with more than 20 years’ of experience in the luxury automobile industry, Mr McTiffen took up his new position in Bahrain earlier this year.

Hailing from Cardiff in Wales, UK, he began his extensive career in the automotive industry at a very young age, working as a Parts Apprentice for Toyota and Lexus.

Over the course of sixteen years, Mr McTiffen developed an extensive range of customer service skills while also gaining expert practical and logistical knowledge of the demands of the industry as well as the clients.

In 2015, Mr McTiffen took up a position at BMW. Where he worked as the Aftersales Manager tasked with overseeing the Running Service, Parts & Bodyshop services. After which in 2019 he embarked on a new and exciting chapter of his career by relocating to the region to begin work with Euro Motors at the company’s Rolls-Royce, BMW Group, MINI and Motorrad divisions.

His appointment is part of Euro Motors’ ongoing commitment to hire only the best qualified and most skilled staff to key positions throughout the company.

Rolls-Royce Motor Cars is a wholly-owned subsidiary of the BMW Group and is a separate company from Rolls-Royce plc, the manufacturer of aircraft engines and propulsion systems. Over 2,000 skilled men and women are employed at the Rolls-Royce Motor Cars’ head office and manufacturing plant at Goodwood, West Sussex, the only place in the world where the company’s super-luxury motor cars are hand-built.

Carrefour, operated by Majid Al Futtaim in the Kingdom of Bahrain, is introducing Click and Collect, a new service that will give online shoppers...
Spotlight

BRAVE Combat Federation’s vision of globalizing the sport started within the Arab world, which was often overseen by many other organizations, and to provide...
iGA