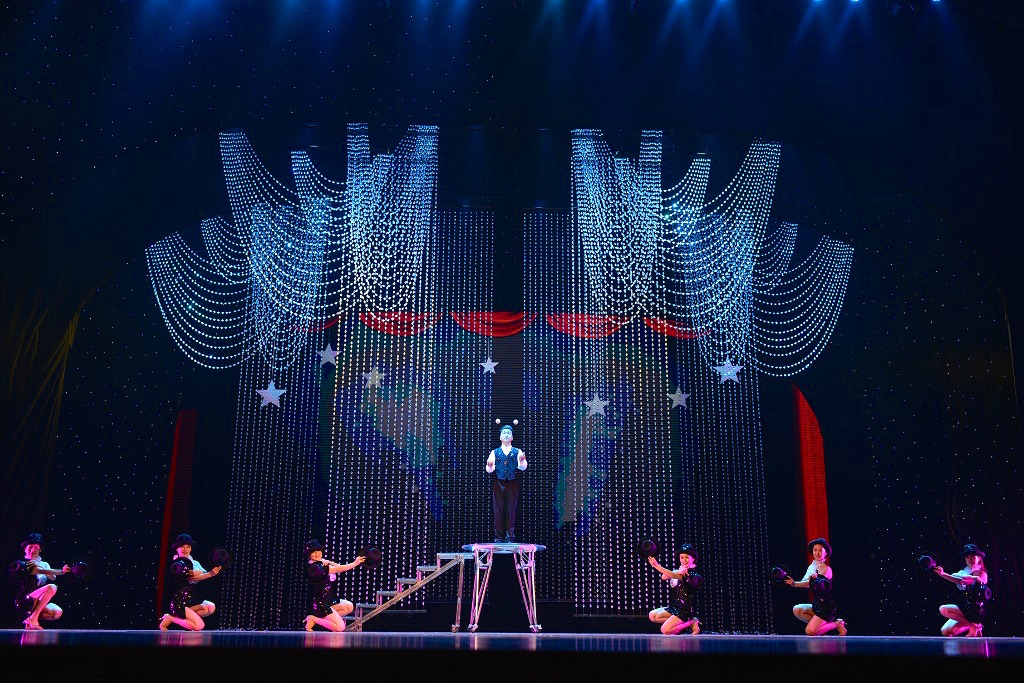 Chinese Acrobatics has been a traditional Chinese performing art for much of its history. Over many decades, these solicited performances have developed creatively to bring a modern charm and unique take to the traditional art of Chinese acrobatic circus.

Dragon City, in collaboration with the Bahrain Authority for Culture and Antiquities and the Chinese embassy, will be bringing the ‘Anhui Acrobatic Troupe of China’ (AATC) to Bahrain. The troupe, which was established in December 1956, has amassed high international acclaim after recognizing the level of refinement, rich knowledge and exhibition of Chinese yo-yo, pole balancing, rope dancing , hula hoop, plate spinning, to name a few.  After nearly five decades of remarkable exhibiting and executing their skills into a performing art, the troupe has visited more than fifty countries, including Japan, Germany, Switzerland, the United States, and many more including countries in South Asia and Africa. The AATC has become one of China’s best-known acrobatic troupes abroad.

Comprised of a group of 12 skilled individuals, with a repertoire that includes balancing and juggling acts as well as gymnastics, this performance is certain to steal the breath of the audience with stunning feats of agility, strength and grace.

Dragon City extends an invitation to everyone, especially families, to attend this one-of-a-kind event, which will be free to the public. The premiere is set to take place on the 25th of November in the Centre Court of Dragon City at 7PM. You and your family can witness the awe inspiring demonstrations of human performance art on the 26th November, 8PM at the Cultural Hall. Circus fans across Bahrain will now have opportunity to experience these performers’ magic, creativity and precision first-hand.

As part of the celebration of Chinese culture, a handicraft gallery will also be present in the Hall where unique Chinese handicrafts will be put on display.

Dragon City is a first of its kind project in the Kingdom of Bahrain and it includes Dragon Mall, Dragon Apartments, Dining Village, and an allocated area for warehouses. Dragon City is home to more than 787 commercial units, effectively making it the largest wholesale and retail trading centre in the Kingdom of Bahrain. Located South-West of Diyar Al Muharraq, it is strategically located in close proximity to Bahrain’s International Airport, the state-of-the-art Khalifa Bin Salman Port and the Capital of the Kingdom of Bahrain, Manama, making it ideal and providing easy access to customers from both the Kingdom and beyond. Dragon City gives to its customers, including local consumers, trade customers and tourists, an access to a wide range of offers and high quality Chinese products.