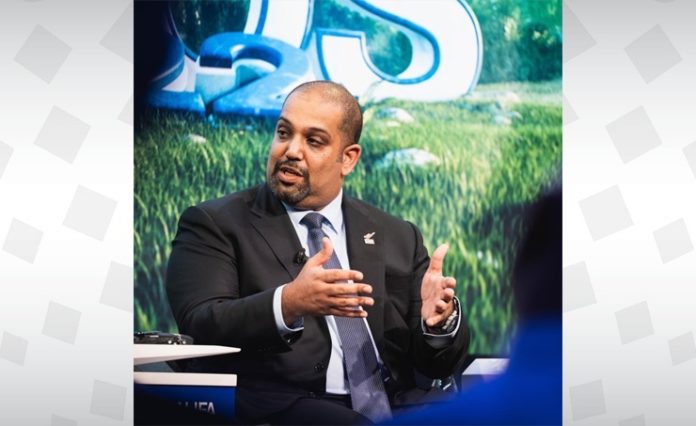 He stressed the need to consolidate initiatives that supports the contributions of non-oil sectors to the Gross Domestic Product (GDP), towards achieving development goals set out.

The minister made the comments during a discussion session focusing  on the current economic landscape and prospects for growth in the Kingdom of Bahrain, the Middle East and North Africa (MENA).

He stressed the importance of investing in human resources which represent a key factor to spur growth, stressing the need to support initiatives, innovations and creative ideas.

He noted the importance of investing in areas that contribute to economic growth, including financial technology, pointing out that financial services represent a promising industry in Bahrain and GCC states.

The minister stressed the impact of energy transition in the Middle East, especially the oil-exporting countries, noting the importance of achieving common goals in this field.

The discussion session raised key topics, including the reality of economic growth in the Middle East and North Africa region, which is expected to achieve a rate of growth averaging  5% in 2022.

The session also highlighted global challenges related to strengthening regional and international security and their impact on various levels, in addition to the pressures of inflation which hampers economic development in the region.

It also spotlighted measures that major economies in the region can take in addressing these challenges and achieving a stronger economic recovery, benefiting from massive investments to overcome the repercussions of the pandemic.