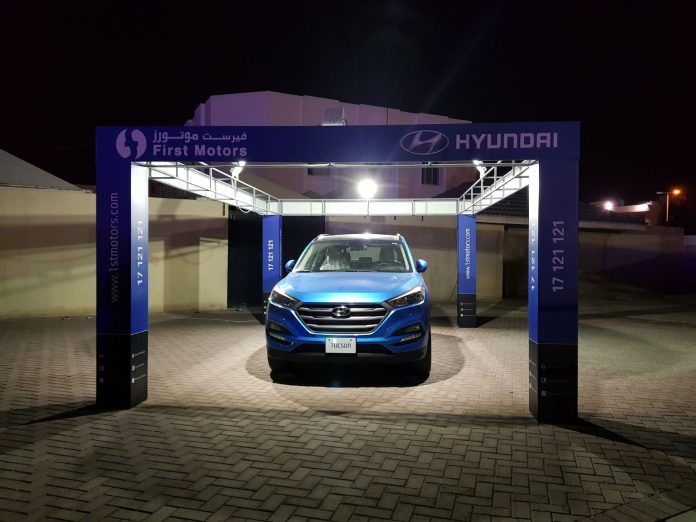 First Motors, the exclusive distributor of Hyundai vehicles in the Kingdom of Bahrain, proudly announced its sponsorship of the Mega Musical Event, ‘Atif Aslam – Live in Bahrain 2017’, which recently took place at the Pakistan School in Isa Town.

The concert, which was held on Friday, the 24th of November from 7:30 p.m. onwards at the Pakistan school ground, was an eagerly anticipated treat for music lovers, especially Bollywood fans, throughout the Kingdom. International celebrity, Pakistani singer and songwriter Atif Aslam, the creator and lead singer of many of the most popular Bollywood songs to date, was accompanied on stage by other famous musicians from the Bollywood film industry on the night, and captivated Bahrain with his comforting, soulful voice.

Being the prime sponsor of the show, which turned out to be a megahit and pulled in more than 7,000 spectators, First Motors proved its continuous efforts to engage with the communities present at large in the Kingdom of Bahrain, and exemplified its apparent desire to give back to the people for their steadfast loyalty over the years.

In line with the promotion of the concert, First Motors also conducted a competition on Instagram which was held with the rewarding intention of showing gratitude to its followers for the immense following it has garnered on its social media presence. The competition involved a “Like to Win” type of contest which their followers participated in by liking the post of the contest on First Motors’ Instagram page and sharing it with their friends and family, by mentioning and tagging them in the comments section. The ten winners, who were randomly drawn from the enormous pool of participants, were provided with complimentary passes to the musical concert.

Speaking on the occasion, Mr. Ahsan Chishty, the General Manager of First Motors said: “We, at First Motors, are extremely delighted for having had the perfect opportunity to sponsor such an enthusiastically received show. With this endeavour, we aimed to elaborate on our ceaseless commitment and courtesy to both our cherished customers for their continued interest in our vehicles, and to the Kingdom of Bahrain for granting us the privilege to beautify the roads of the Kingdom with our capable masterpieces throughout our time here.”

“On behalf of First Motors, I would like to express my sincere gratitude to all those who attended the concert and made it a huge success. We hope that everyone had an absolutely amazing time, immersed in the mesmerizing and memorable musical experience that was on show, and look forward to sponsoring many more of such rewarding events in the near future that serve to highlight our enthusiasm for giving back communally,”he added. 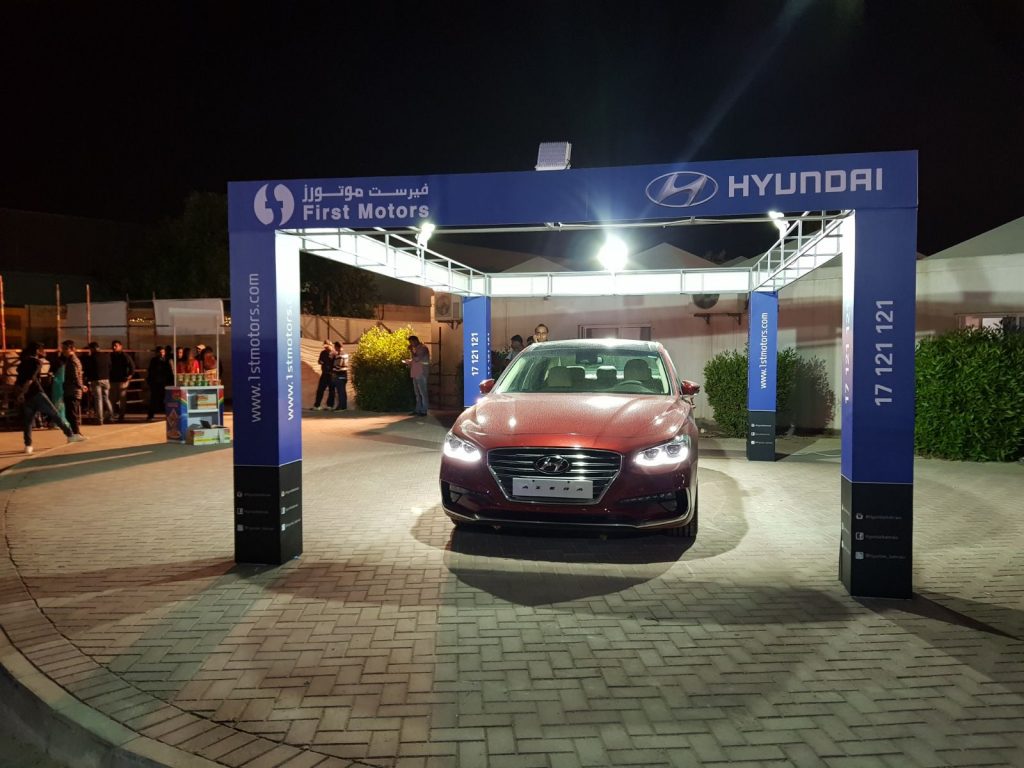 Fitting of the remarkable nature of the event, as it brought an internationally acclaimed superstar to the shores of the Kingdom of Bahrain, the concert witnessed a massive gathering of fans, which brought together people from all walks of life and from all different nationalities as well, including residents of other G.C.C. countries.

One of the most recognizable Pakistani singers in the world, Atif Aslam has recorded numerous chart-topping songs and is known for his hypnotic voice. He began his Bollywood journey in the year of 2005 and has made a mark in the industry with his impressive romantic numbers. Having rendered his voice for numerous big banner films, he has become one of the most loved singers of Bollywood today. Aslam is the youngest recipient of “Tamgha-e-Imtiaz”, the fourth-highest decoration given to any civilian in Pakistan based on their achievements. He is also a recipient of many ‘Lux Style’ Awards, and has earned two consecutive Filmfare nominations, along with other esteemed film awards in the Bollywood industry.

First Motors, part of Al Zayani Investments group, is fully committed to demonstrate to the Bahrain market that Hyundai is the brand that represents unique value for money without compromise. Their confidence in Hyundai is demonstrated through their sensational Lifetime Warranty that is offered on the entire range of Hyundai passenger vehicles.

The Kingdom of Saudi Arabia’s leadership and people celebrated, the 90th National Day of Saudi Arabia, on September 23rd, after the historical announcement of...
iGA