His Majesty the King’s Representative for Humanitarian...
Bahrain for AllFirst Special Olympics World Games kicks off in Abu Dhabi 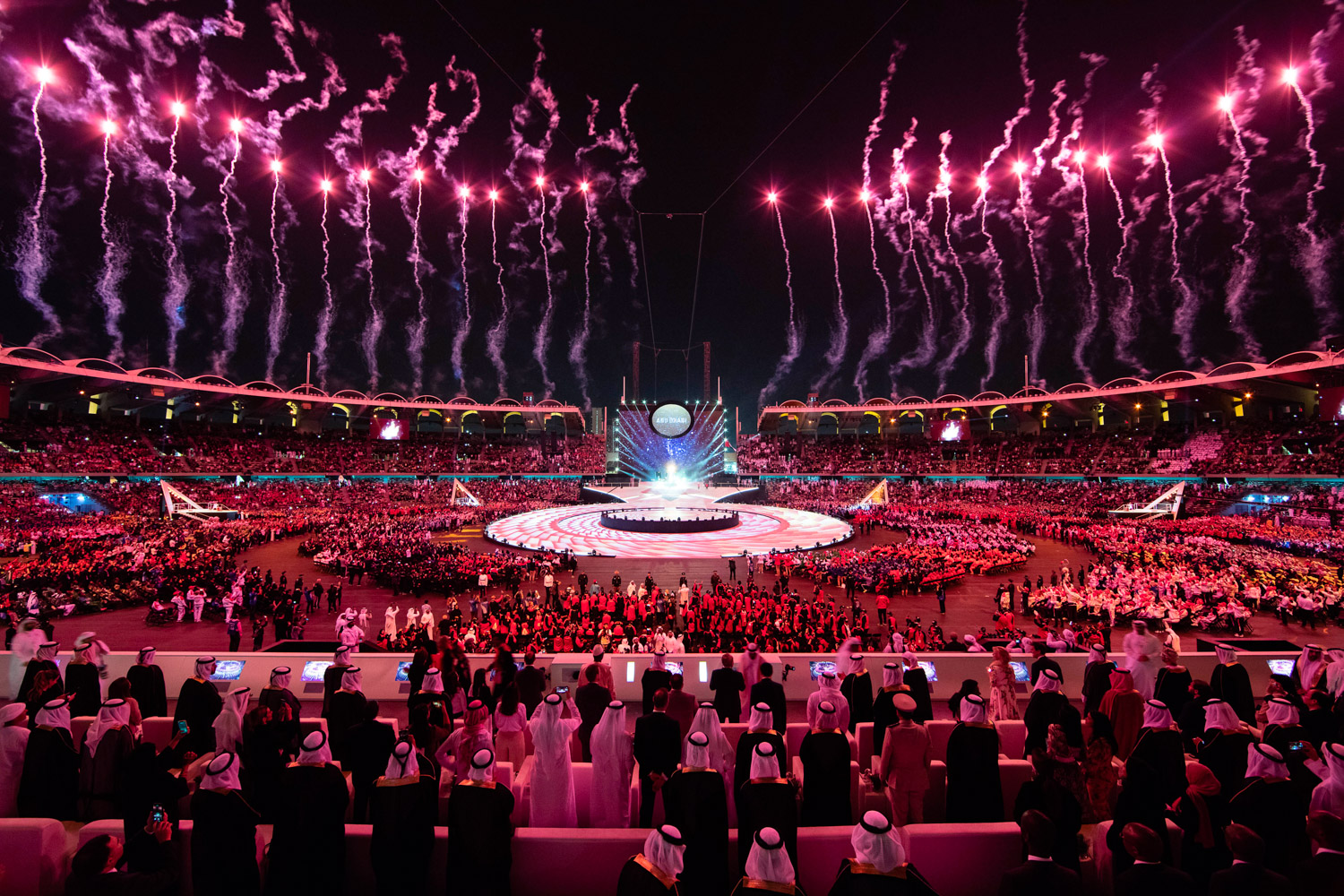 For the first time, the global sports event dedicated to people with special needs held in the Middle East.

The Special Olympics World Games Abu Dhabi kicked off on 14th March 2019 to a sold-out crowd. Cheering and waving, around 7,500 athletes representing 195 countries took part in a 90-minute-long parade in the capital’s Zayed Sports City Stadium in Abu Dhabi.

The “Flame of Hope” torch arrived at Abu Dhabi’s main stadium, after touching down in the seven Emirates, to mark the opening of the games. The seven day event will have as many as 24 Olympic Sports competitions, across nine venues in Abu Dhabi and Dubai. With the highest number of women taking part and the largest number of Unified team mates on board, the World Games will capture the attention of the globe. 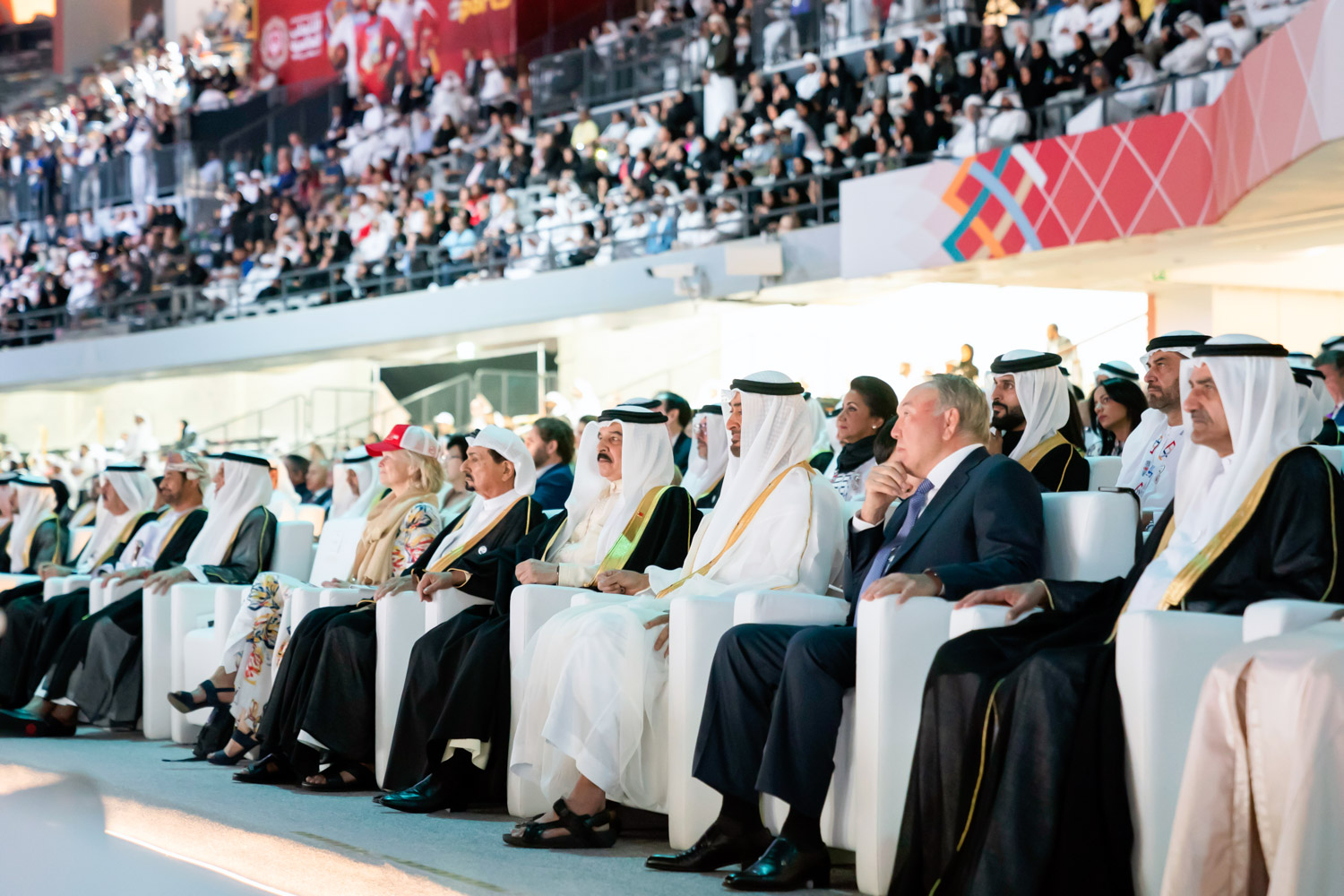 In a statement marking the opening of the Special Olympics World Games Abu Dhabi 2019, HH Shaikh Nasser stressed that HM the King’s keenness to support athletes with determination, noting that the world event is an opportunity to confirm HM King Hamad’s support for the UAE’s initiative aimed at achieving the interests of these athletes, including the hosting of such a mega sports gathering which is a platform to shed light on their achievements and outstanding capabilities in various games.

HH Shaikh Nasser pointed out that the attendance of HM the King and the Abu Dhabi Crown Prince and Deputy Supreme Commander of the UAE Armed Forces, HH Shaikh Mohammed bin Zayed Al-Nahyan, has brought the event under world spotlight, and would be an opportunity for athletes with special needs to showcase their distinction and outstanding skills.

The Special Olympics World Games Abu Dhabi 2019 is part of the UAE’s efforts to harness sports to serve its humanitarian goals. The UAE officially uses the term “people of determination” to describe those with learning disabilities. The phrase was introduced in April 2017 by HH Sheikh Mohammed bin Rashid Al Maktoum, Vice President and Prime Minister of the UAE and Ruler of Dubai, as part of the national strategy to empower people with disabilities.

Ahead of the World Games, the Crown Prince of Abu Dhabi HH Sheikh Mohamed bin Zayed Al Nahyan took to twitter to highlight the importance of global mobilisation towards this goal.

“Mohammed bin Rashid and I took part in the People of Determination Retreat. Our mission is to mobilize a global effort to empower them. Building societies properly require the contribution of all its members & they are an important segment. We wish them a bright future.”

Mary Davis, CEO of Special Olympics International, adopted the “people of determination” terminology to speak about the significance of the event ahead of its opening.

“As we kick off the World Games, we can celebrate the fact that our movement has made progress in the 50 years since Special Olympics was founded.

Around 200 million people worldwide have a learning disability, according to the American Association of Intellectual and Developmental Disabilities.

Taking place on March 14-21 in the UAE Year of Tolerance, the largest sports and humanitarian event on the planet in 2019 will be a momentous display of inclusivity, unity, respect, and sporting achievement.

Maryam Thyab, Sargent Shriver International Global Messenger, said: “Participating in World Games is life-changing for people of determination — it literally is that big.

“As someone from this region, as a woman, as an athlete, I am so proud to be here and excited for those people from around the world who are taking part for the first time. As we move forward, we are people who are determined to advance inclusion — for us, for everyone.”