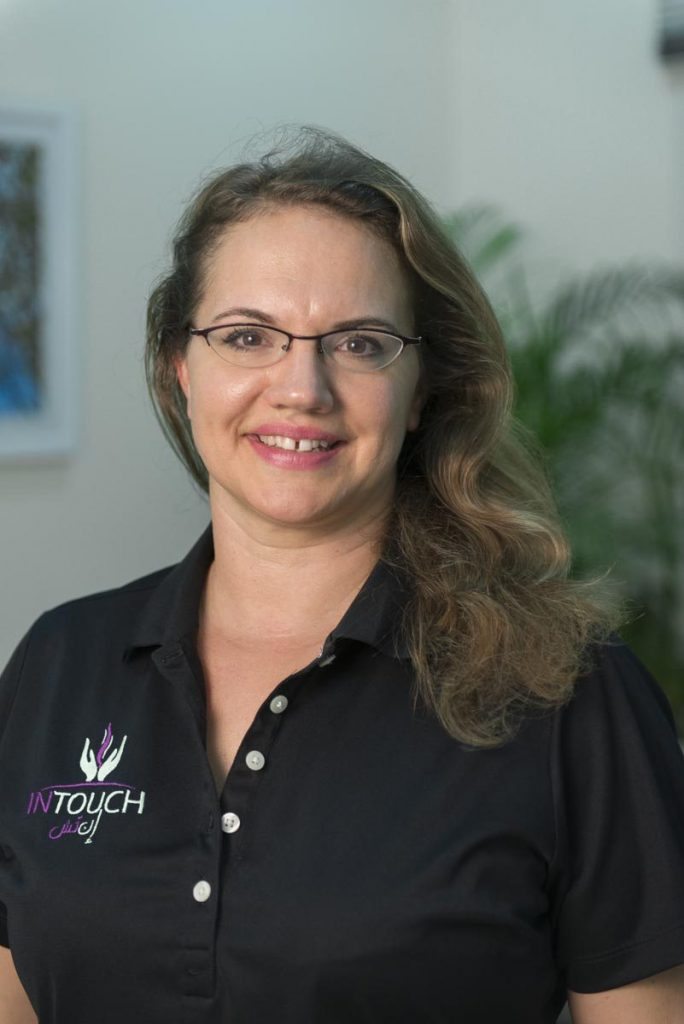 For a Better Living

In Conversation with Dr. Amy Bowzaylo, Clinical Director and CEO, Intouch Clinic, first and only chiropractic clinic in Bahrain.

Supporting the kingdom’s healthy living through her unique venture Intouch Clinic at Janabiyah, Dr Amy Bowzaylo is bringing in a new meaning to chiropractic treatments in the region. Following are excerpts from the interview BTW had with Dr. Amy as she shared with us the vision, mission and treatment practices she has successfully implemented over her years of experience.

After spending years of your life in different parts of the world, you seem to have finally anchored in Bahrain. How did that happen?

It is a long story…… I came first to Saudi Arabia in December 2011 with my first husband, Colin Nell, who sadly passed away in a rock climbing accident in Canada in April 2004. I was then offered a job at Saad Specialist Hospital in Al Khobar and I started there in November 2004. Six months later I became the Director of Physical Medicine and Rehabilitation and then Deputy Director of Allied Health; I stayed until December 2010 and then moved to Bahrain. In December 2009 I met my current husband, Mike Cunningham, in Dubai at the Rugby 7’s with my dad. We had 6 weeks of chaperoned visits which led to marriage in March 2013 and the rest is history!! I love the Middle East and Bahrain in particular for the warmth of the people.

Which chiropractic techniques do you use and why?

I use several different techniques for manipulation and mobilization; diversified, activator, Logan basic, Gonstead, Drop table, SOT and for soft tissue techniques I use ART, trigger point therapy and PNF. The technique used is determined by the history of the patient (age, type of injury, medications used, history of cancer, pain tolerance, etc)

You are a practitioner with AMH clinic in Amwaj. Do you work closely with medical doctors and rely on modern medical equipments like x-rays for your treatments?

I have always worked in multidisciplinary settings and I do work closely with Medical doctors, especially in my role at the Rugby Club as I am on the sidelines during games so I am assessing trauma first hand and acting as triage to the appropriate medical specialist.

Any patient who has had trauma, I would always recommend an x-ray, CT scan or MRI as appropriate. I also order lab tests when needed or refer my patient to the correct specialist for follow up if I see that their problem is better served by another type of Doctor. 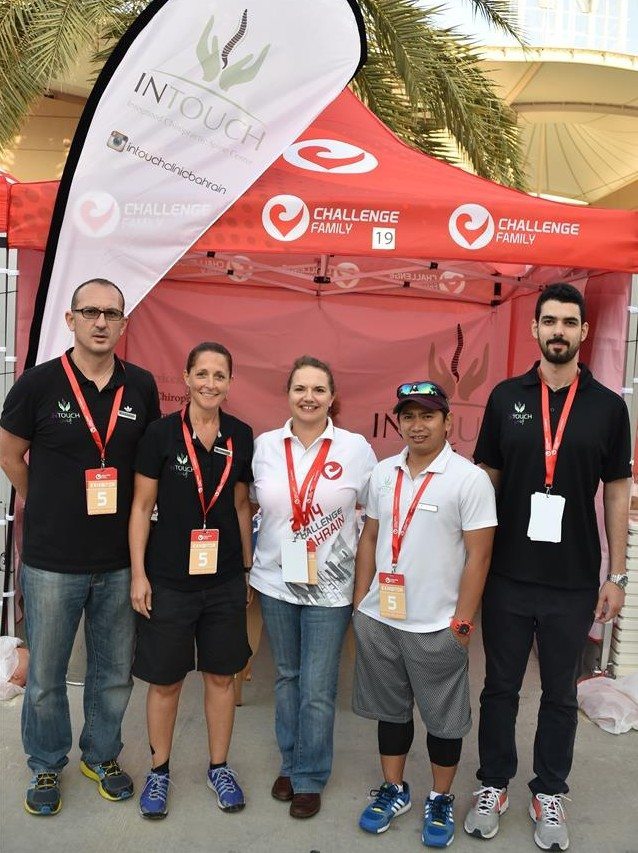 Chiropractic treatments were always labeled under alternative medicine. But the scenario is changing now. How would you like to comment on it?

Chiropractic services are now largely or fully integrated with medical and other mainstream health care services in a number of countries. At the University of South Denmark, chiropractic and medical students complete their first three years of study of basic sciences together before branching into their separate clinical training. In the USA chiropractic services are now available in the military and veterans’ administration hospital and health care systems, and through Harvard University’ health care network. In the words of Wayne Jonas, MD, Founding Director, Office of Alternative Medicine, US National Institutes of Health:

“The chiropractic profession is assuming its valuable and appropriate role in the health care system in this country and around the world. As this happens the professional battles of the past will fade and the patient, at last, will be the true winner.” (The Chiropractic Profession, NCMIC Group 2000). Many professional athletic and sports organizations recognize the value of chiropractic care in correcting and preventing injuries. Even Top professionals in every sport are under chiropractic care to increase health and performance.

In your experience how would you like to comment on the chiropractic scenario of Middle East with Bahrain in particular?

Chiropractic has been following the worldwide trend here in the GCC; it is gaining popularity and as people are educating themselves about prevention, more and more people are seeking Chiropractic care. I am the Communications Director for the Eastern Mediterranean and Middle Eastern Chiropractic Federation and with this I am answering a lot more inquiries about Chiropractic and where people can find one. In Bahrain specifically, I am generally well received in the Medical community and my practice grew by almost 40% in 2014.

Have you worked with any sports teams in Bahrain?

My clinic services at the Bahrain Rugby Football club and I am the resident “on field” Doc for both the 1st team and the Golden Oldies Rugby team. I also work with Gaelic football and Netball. I have seen several football players but I do not work with a specific team. I also work closely with Challenge Bahrain Triathlon.

You are the clinical director and CEO of Intouch Bahrain. Can you please throw some light into its functioning?

My clinic is an integrated rehabilitation facility offering: Chiropractic, Physical therapy, Medical and Sports massage therapy, Hydro therapy, Functional exercise rehabilitation, Cranio-sacral therapy and hypnotherapy. I over see both the clinical functions and the administrative functions of the business. I ensure that my staff adheres to evidence based approved clinical standards of care.

Finally, how is the kingdom now looking at this new treatment technique you have introduced and what more do you have in plan for this nation?

As I mentioned before, my practice grew almost 40% in the first year of operation here in Bahrain. My patient base is about 50% expat and 50% Bahraini and other GCC nationalities. I plan to do a lot of public education about posture and lifestyle as these two factors in our lives are well within our control and a little prevention practiced goes a long way to maintaining a great quality of life.