For The Strays Of The Kingdom 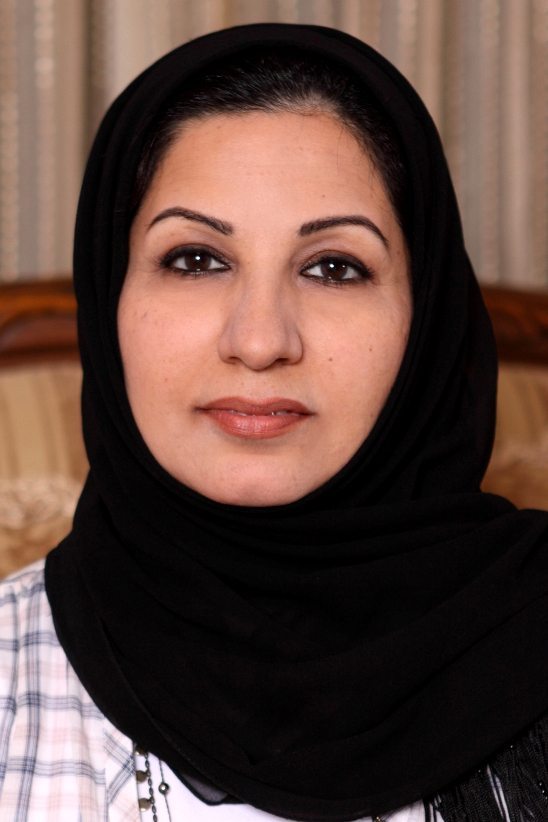 Unlike many who would prefer to have a relaxed retired life with their grand kids, Ms. Fathiya Al Bastaki, chose to make a difference in her existence. Her quest to do something in this life that would make her feel proud of being a human, gave birth to the group ‘Bahrain Strays’, dedicated for the well being of stray dogs in the Kingdom of Bahrain. This ex employee of Shamil Bank has now given the lost canine in the Kingdom, her life and time.

What inspired you to start ‘Bahrain Strays’?

The main reason for creating Bahrain Strays is because I never knew in the past that we’ve thousands of stray dogs roaming around in every part of this country. Few years ago, it happened that 2 stray dogs came very close to my house seeking attention. Midnight I could not sleep when they were barking, so I started feeding them daily. Then I met few more in my area, and also started taking care of them, until one night, while I was driving saw a pack of dogs trying to cross the road near a signal and among them was an old German shepherd dog that looked very tired and was limping. On the next day I decided to search for this pack and help them. I found them in the same area opposite a gate, and from that moment, I started carrying food for the dogs and visiting them daily. Some young boys had informed me that there’re many dogs in different areas especially in Salmabad. While visiting the area, I saw dogs in bad conditions which broke my heart and cried for days as I didn’t know what to do or how to help them. I didn’t have experience in handling dogs although I loved them. Those poor dogs suffering, limping with broken legs, skinny dogs due to starvation, all that inspired me and made me take the decision to spread the word by creating a facebook group page: Bahrain Strays, and later a page on Instagram to let the people know about the strays and help.

Because we’ve no strays in Bahrain except dogs and cats. Cats eat little and are able to jump on the bin and get their food. No one harms them and they get adopted by lots of locals. Dogs eat larger amount of food and can never jump on the high bins to get the food. Dogs get ticks on their skin and people hurt them, kill them. Therefore I took the decision to look after these neglected dogs.

How is the support from public for ‘Bahrain Strays’?

I started the group page of Bahrain Strays in March 2013, I noticed that many members were so happy that I started taking care of the strays although many had misconception about them, not only locals, but also the expats. By discussing all the issues about the strays, by giving examples of my experience with them, by trying to teach everyone how to handle the strays and how to approach them, and how to catch them if it happened that they found a wounded dog, everything just changed to better and I was so happy seeing lots of members joining everyday through both facebook and Instagram, sharing opinions and encouraging me to continue helping them. Moreover through my articles on Arabic and English newspapers and video and photo posts on the social media am trying to change the misconceptions public have towards the strays. Many members during last 20 months has helped in various forms like donations when needed, picking up the sick and the wounded strays to some clinics or to be spayed and neutered at the BSPCA. Thanks to the free service offered by BSPCA, we were able to cut down large numbers of strays.

We have been taught to stay away from stray dogs from childhood. How do you approach them safely?

To approach a stray dog, there’re steps to follow in dealing with them when seeing them for first time and all the strays are not of the same nature. There’re strays which you could approach them from the first meeting and they’d come and kiss your hand and try to get attention, unlike some who’d keep a distance no matter how much u try! It depends on the stray’s age and sufferings in his life. Some strays would never trust human and all I do is to leave some food and water for them and then leave. Some of them are really easy to handle, and there’s no problem at all. We all need to learn about dogs natures and we must see how dog whisperers handle dogs, this way we learn, and I always, during my feeding schedule, try to educate people how to handle them in different situation especially people who’re really scared of dogs when they bark or try to threaten them. We’ve strays roaming around in every part of this Island, so the public should learn to deal with them. Because of the misconception about the strays, parents teach their kids to stay away from stray dogs. I don’t deny that there’re some aggressive stray dogs, but they’d never attack human. Dogs attack each other for the sake of food or being territorial, that’s all. When I see a dog for first time and I look in his/her face, I could say if the dog is friendly, easy to approach or aggressive which must be avoided. Everyone can try learning and teaching their kids, to deal with dogs, to know which dog to play with and which dog to be avoided. When the parents learn, so would the kids.

What has been your biggest challenge so far taking care of the strays?

My biggest challenge was to prove to everyone that all the strays are not dangerous. And even if there’re few rogue ones, its due to the miserable life in the roads, lack of food, accidents, dogs fighting for survival reasons and many more. They’re not to be blamed for their behavior, but human must be blamed for neglecting them. Moreover, there’s no wild dog, there’s only a dog that can’t trust us and we should learn how to gain their trust.

How do you find funds for feeding the stray dogs?

There’s no major source of funding for Bahrain Strays. it’s usually small donations from few members on the page for medical care and feeding the strays.

What is the ultimate aim of Bahrain Strays?

Bahrain Strays was found to achieve it’s goal in the following:

1) change the misconception about the strays
2) Improve their living
3) spread the word through the sites and encourage the members to help in feeding and taking care of them
4) To reach out our voice to the Government as we need a shelter for the strays.

Strays must be picked up from the roads and must live happily and safely and also for the sake of the residents as many don’t feel safe walking around and seeing dogs taking the same path. There’re families with kids who need to feel safe. There’re kids who need to go to school and need to sleep with no disturbance from dog fights and barks.

VAT in the GCC: What does it mean for your business?