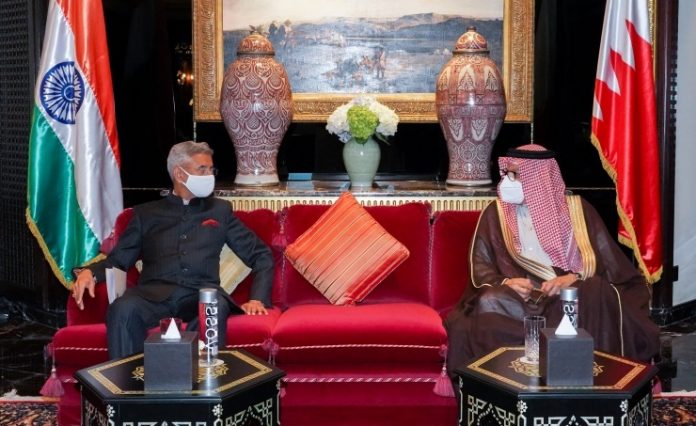 Foreign Minister Dr. Abdullatif bin Rashid Al Zayani met today with the External Affairs Minister of the Republic of India, Dr. Subrahmanyam Jaishankar, on the sidelines of his official visit to Bahrain.

For his part, the External Affairs Minister of India expressed the sincere condolences of the Indian government on the demise of His Royal Highness Prince Khalifa bin Salman Al Khalifa, commending his great contributions to strengthening bilateral relations of friendship and cooperation between the two friendly countries and peoples.

He lauded solid bilateral relations existing between the Kingdom of Bahrain and the Republic of India and the constant development and progress it has reached at all levels, pointing out the Kingdom’s positions, its regional and international standing, and its efforts to consolidate security, stability and prosperity in the region and promote world peace.

He also highlighted the care extended by Kingdom in preserving the health and safety of Indian workers during COVID-19, wishing the Kingdom of Bahrain continued progress and prosperity.