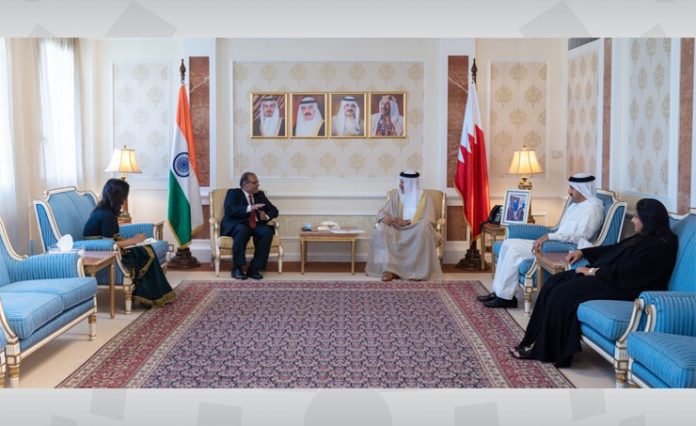 Minister of Foreign Affairs, Dr. Abdullatif bin Rashid Al Zayani, today received Piyush Srivastava, who handed him a copy of his credentials as Ambassador Designate of the Republic of India to the Kingdom of Bahrain.

The Minister praised the historical friendship relations between the Kingdom of Bahrain and the Republic of India, stressing Bahrain’s interest in advancing these relations at various levels, and in strengthening bilateral cooperation for the common interests of both sides, wishing the ambassador success in his duties.

Ambassador Srivastava  expressed the Republic of India’s pride in its strong friendly relations with the Kingdom of Bahrain, and the two countries’ mutual respect and coordination, stressing that he would do his utmost to boost these relations to broader horizons.

He also expressed his country’s thanks and appreciation to the Kingdom of Bahrain for the care and attention accorded by the government to the Indian community.

In this regard, he thanked the Bahraini competent authorities for the great care they have given to the Indian community during the outbreak of Covid-19, in line with the directives of His Majesty King Hamad bin Isa Al Khalifa to provide free examination and treatment to all residents in the Kingdom, wishing the Kingdom of Bahrain continued progress, growth and prosperity.