Under the patronage of the Honorary President...
SocietyPR This WeekFostering Local Talents 2 Bahrainis named winner of Group CEO Award 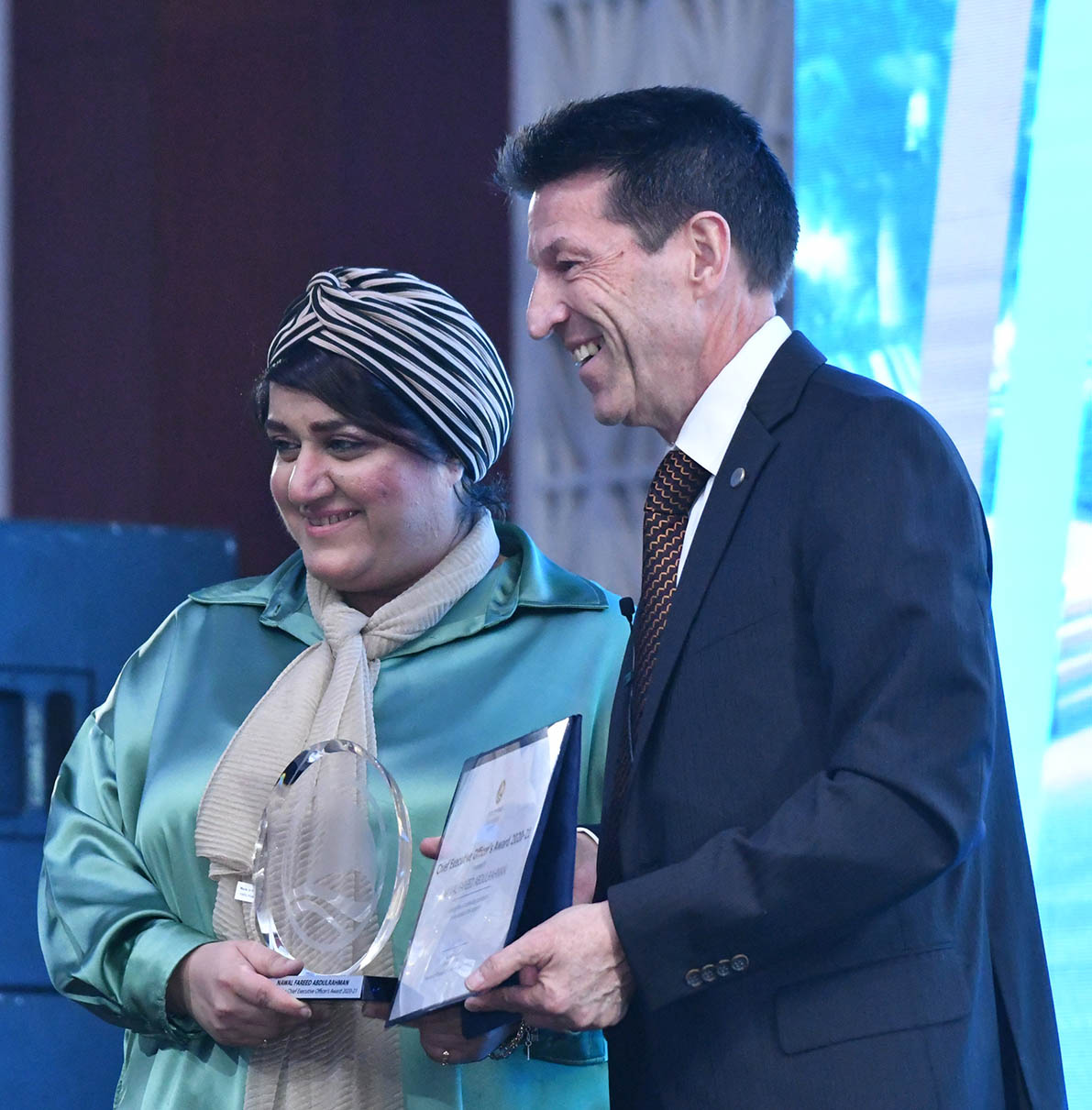 Gulf Hotels Group (GHG) – pioneer hospitality management company in Bahrain – has recently announced the names of the winners of its annual Chief Executive Award which honors an employee who has made a significant contribution to the success of the company. The award exemplifies the Group’s renowned spirit to serve, bring its core values in fostering local talents and developing them into becoming Bahrain’s future leaders.

Mr. Hussain Al Samahiji – General Manager The K Hotel- and Mrs. Nawal Fareed – Welfare Officer at the Gulf Hotel Bahrain – were the two recipients of the CEO award for the years 2022 & 2020-21 respectively.

Hussain has been with the Group for 10 years in various managerial positions becoming one of the country’s youngest Bahraini General Managers when he took over the reins of the Asdal Gulf Inn, before transferring to his current role as General Manager of The K Hotel.

Nawal, who has been with the Gulf Hotel Bahrain since 2016, was awarded for her selfless dedication during the COVID period when she devoted her time and care for the welfare of her fellow colleagues, liaising seamlessly with the authorities and setting risk mitigation plans to ensure every employees’ safety and wellbeing.

Garfield Jones – Chief Executive Officer at GHG commented: “We have always been committed to developing and honoring employees who go above and beyond in exemplifying our core values as a Group. We are certainly blessed in every sense to have employees who constantly work hard to ascend the business and their careers which make us all proud.”