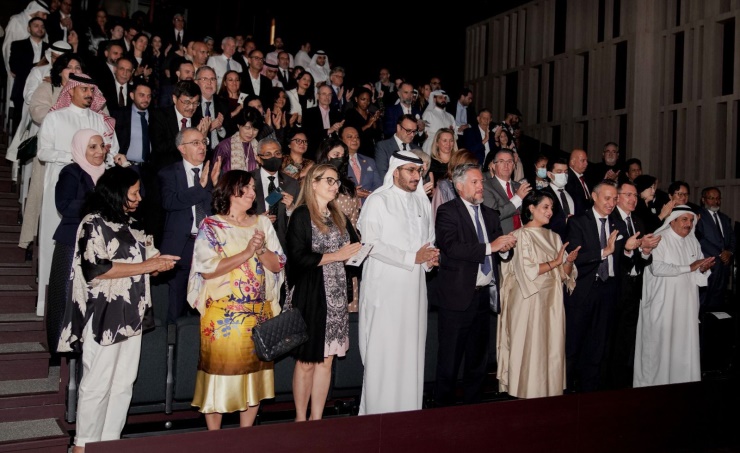 The EU delegation to Bahrain, the German and Italian ambassadors, and diplomats attended the evening celebration.

Europe Day, marked annually by the European Union (EU), honors the starting point of the continent’s political and economic integration, and the peace achieved as a result of the decades-long collective effort.

Ambassador of the EU Patrick Simonnet stressed the European Union’s commitment to work with Bahrain as an important partner in all fields.

“As France is currently holding the Presidency of the Council of the European Union, I am delighted to celebrate, once again, the Europe Day in Bahrain,” French Ambassador Jérôme Cauchard said.

“Delivered by Robert Schuman, the French Foreign Minister, on May 9, 1950, this declaration promotes a European organization that would be responsible for pooling the French and German production of coal and steel, paving the way for the creation of the European Coal and Steel Community (ECSC) with Italy, Belgium, Luxembourg and Netherlands as well.”

“Today, 72 years after, the EU gathers 470 million people across 27 member states and defends a project of peace and prosperity under shared values, especially freedom, human rights, the rule of law, respect for sovereignty and environmental protection,” the ambassador said.