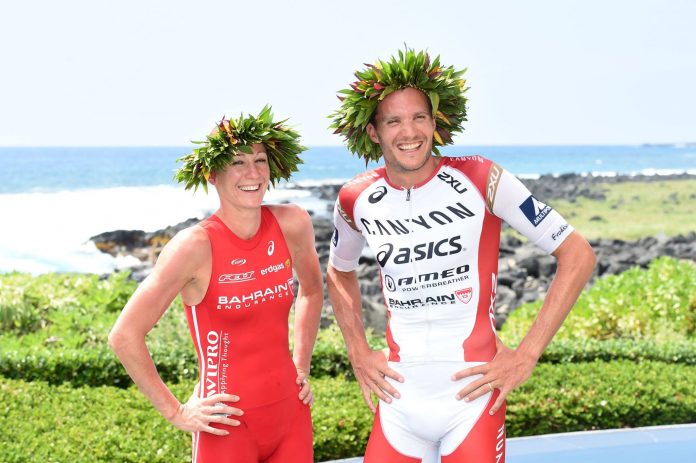 Bahrain Endurance 13 has fielded seven of its best athletes to the Ironman World Championship on October 14. With their entire seasons building up to this point in the year, all of them are ready to tackle the most iconic race of the sport, including defending champions Daniela Ryf and Jan Frodeno.

Triathlon statistician Thorsten Radde has published his annual Kona Rating Report, and both champions are massive favorites to defend their crowns once again. Not only are they strong across swim, bike, and run, but they are also mentally strong and are able to deliver great performances under pressure.

Ryf has arrived on the Big Island of Hawaii after spending some time on Maui to acclimate and put the finishing touches on her preparations. “The work is pretty much done by now,” she says. “After Chattanooga I had a great four weeks of training in Maui and I felt I could improve my form. That’s what I was focused on. From now it’s just important not to waste energy on getting nervous, and keep it simple.”

Ben Hoffman has had a quiet and steady build into the race after his early-season automatic qualifier taking the Ironman African Championship win, and Radde has seeded him sixth with a good chance at taking a podium spot this year. One of the athletes with plenty of Kona races under his belt, he knows how to navigate the stress and nerves surrounding this race and often performs better than expected at The Big Dance. He says, “On the positive side, it reminds us all how important the event is, and it is a component of being professional to represent sponsors at this time. Conversely, race week is about energy conservation, and occasionally the hype and engagements can take away some of that energy if you don’t manage it well. Overall, I look forward to the Kona vibe with excitement.”

To qualify for Kona after an early season mishap, Brent McMahon took the Ironman Lake Placid win by 24 minutes breaking Simon Lessing’s course record. Radde pegs him as an outside chance at the podium with 30% odds of finishing in the Top 10. Terenzo Bozzone is also another outside chance, especially with the improvements seen at his winning performance at Ironman Western Australia.

David Plese raced three Ironmans to qualify by July, determined to make it to Kona. Along with Mikel Calahorra on the age group side, they have both motivated team captain His Highness Shaikh Nasser Bin Hamad Al Khalifa to qualify for next year’s world championship.

While each athlete races proudly for their native country, it is also a time to reflect and be grateful for all the support that has allowed the team to represent on the biggest stage and with the eyes of the world watching. The team would like to express thanks to Shaikh Nasser for his continued support of the sport of triathlon, the Bahrain Endurance team, and above all his ambition to change the lifestyle of his people to a healthier and ultimately happier one. We would also like to acknowledge His Majesty King Hamad Bin Isa Al Khalifa who has shown great support to the team, and whom we had the opportunity to meet in Bahrain last year.