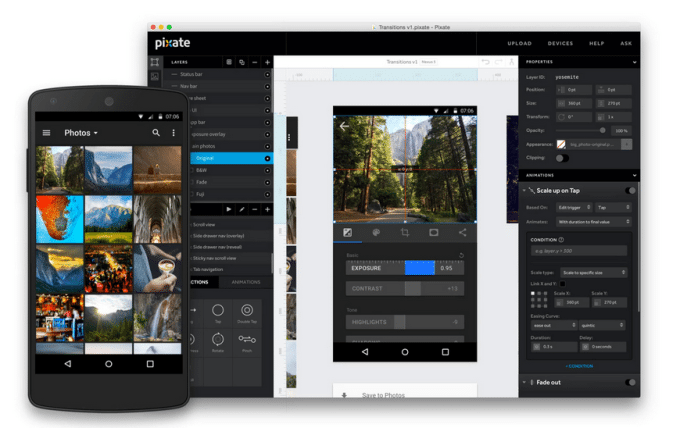 Google has acquired mobile app prototyping tool Pixate today, both companies have confirmed. Pixate had raised $3.8M from Accel Partners in 2013. It had popped out of the Y-Combinator oven previously (YC S12).

The company had previously launched a few tiers of their service, focusing completely on prototyping, but promising at some point to get into “developer handoff” to improve the workflow from designer to the development team. It’s clear that the application won’t be shut down according to their AcqusitionFAQ.