The government of Bahrain announced a BHD 4.3bn economic stimulus package to support the country’s citizens and private sector and counter the effects of the coronavirus (COVID-19).

At a press conference in the country’s capital, Manama, a number of government ministers set out an unprecedented package of policy measures to directly support citizens, residents and businesses in the Kingdom. The BHD 4.3bn stimulus package is equivalent to 29.6% of Bahrain’s annual GDP.

Under the leadership of HM the King and under the direction of HRH the Crown Prince, the ministers announced an eight-point economic package that commits the government to:

The government ministers emphasised the commitment of the Kingdom’s leadership to supporting unprecedented circumstances with an unprecedented policy response, and to doing all within their power to protect the health, safety and prosperity of all those within the Kingdom. 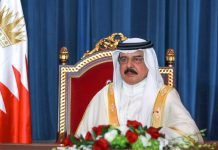