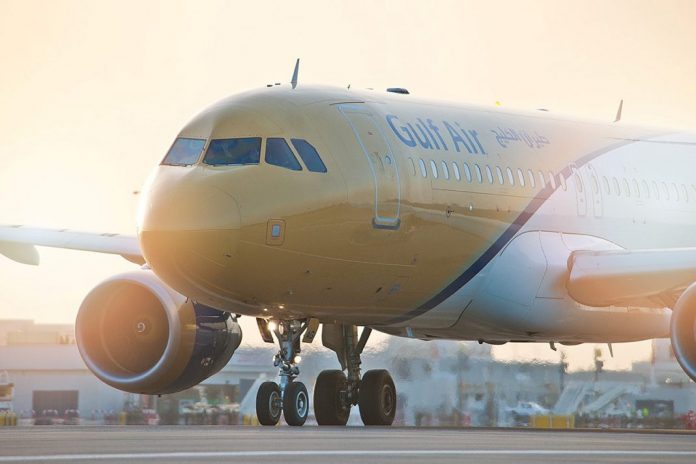 Gulf Air, the national carrier of the Kingdom of Bahrain, and Aegean Airlines, Greece’s largest carrier, have entered into a codeshare partnership widening their respective networks across Europe and the Middle East.

Mr. Ahmed Janahi, Gulf Air Chief Commercial Officer, said: “Our commitment to strengthening Gulf Air’s network is reinforced with this codeshare agreement – allowing us to connect our passengers to popular destinations across Europe that extend beyond our network, while giving passengers from more cities in Europe the distinctive opportunity to visit the Kingdom of Bahrain while experiencing our unique product and service offering.”

“We are welcoming this new codeshare with Gulf Air and we strongly believe that the combined networks of our two carriers will offer our guests new travel opportunities not only between Greece and Bahrain, but also beyond,” stated Tassos Raftopoulos, Network Planning and Alliances Director of Aegean Airlines.

The national carrier operates a year-round direct four weekly service between Bahrain and the Greek capital in addition to operating double daily flights or more to ten regional cities across the GCC and MENA region – allowing passengers to easily and conveniently transit through Bahrain for seamless onwards travel across the Gulf Air network. Gulf Air flights can be booked online at gulfair.com. Fare / booking queries can also be directed to the airline’s 24-hour Worldwide Contact Centre on (+973) 17373737, or any Gulf Air sales offices and approved travel agencies.

Gulf Air, the national carrier of the Kingdom of Bahrain, commenced operations in 1950, becoming one of the first commercial airlines established in the Middle East. Today, Gulf Air is a major international carrier serving 42 cities in 25 countries spanning three continents.

The airline operates double daily flights or more to 10 regional cities, in addition to select destinations in the Indian Subcontinent and Europe, from its hub at Bahrain International Airport. Gulf Air currently serves all its destinations with a combination wide and narrow body fleet totalling 28 modern aircraft with orders for 39 new Boeing and Airbus aircraft due for delivery commencing in early 2018. The modern fleet will herald a new era for Gulf Air as it continues to enhance its product and service offering. Renowned for its traditional Arabian hospitality, evidenced by the airline’s signature family and business friendly products, Gulf Air is committed to being an industry leader and developing products and services that reflect the evolving needs and aspirations of its passengers.

Gulf Air connects Bahrain to the world and, as such, is a key national infrastructure asset, serving as a powerful driver for the economy and supporting the Kingdom’s on-going economic growth.