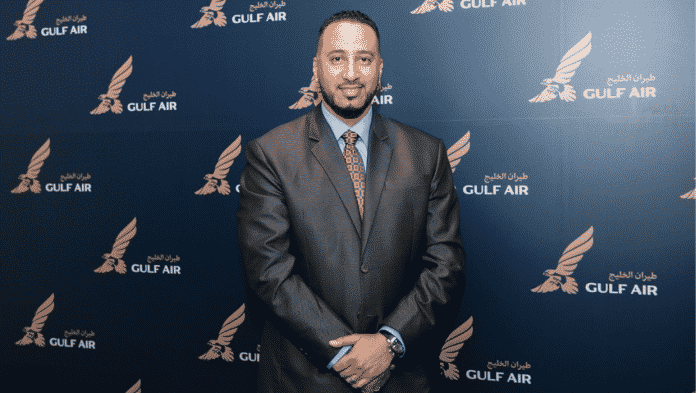 Manama, Kingdom of Bahrain 30 July 2019: Gulf Air, the national carrier of the Kingdom of Bahrain, in line with its Bahrainisation programme and its efforts to promote local Bahraini talents and human assets has appointed Mr. Wael Mattar as Senior Manager Cargo based in the airline’s hub in Bahrain. With a long experience in airline sales and having managed Gulf Air’s stations in the GCC and Egypt, Mr. Mattar will transfer his years of knowledge and practice to manage one of the airline’s main revenue generating departments that has big growth potentials.

The airline operates an average of 1,000 flights on a weekly basis to approximately 50 destinations and it continues to grow its fleet and network with more passenger seats and cargo space. With this appointment, Mr. Mattar will take on the challenge of further strengthening Gulf Air’s cargo growth globally.

“I feel proud to be assigned in charge of the Cargo department as the airline has an opportunity to grow its cargo sales and operations and I am glad the management showed confidence in me to lead this.” Mr Mattar added at the announcement of his promotion, “I joined the airline in 1995 as a Security & Safety Supervisor, then into a Reservation & Ticketing Agent and continued to progress through my career to a Retail Sales Manager and a Country Manager for two stations in the Middle East. Throughout this period, Gulf Air monitored my hard work and helped me develop my skills by experiencing different divisions to let me achieve my dreams in being an aviation professional. Our airlines development program along with the encouragement and guidance of my superiors allowed me to work my way up to senior management roles and lead a strategic department like cargo.”

Gulf Air is committed to invest in its Bahraini workforce and their career development and as such, it continues to provide opportunities for Bahraini nationals to take over senior positions in the company. Earlier this year Gulf Air welcomed the return of its Country Manager UK to its headquarter in Bahrain to take on the role of Senior Manager Sales managing the entire Europe and Asia Pacific regions. With 90% of employees that are based at the headquarters in Muharraq being Bahraini along with nearly 70% of its pilots, Gulf Air is a leader in the Bahrainisation programme in the Kingdom as it provides the opportunity for local talents and experienced personnel to work in its various areas of the airline’s business.