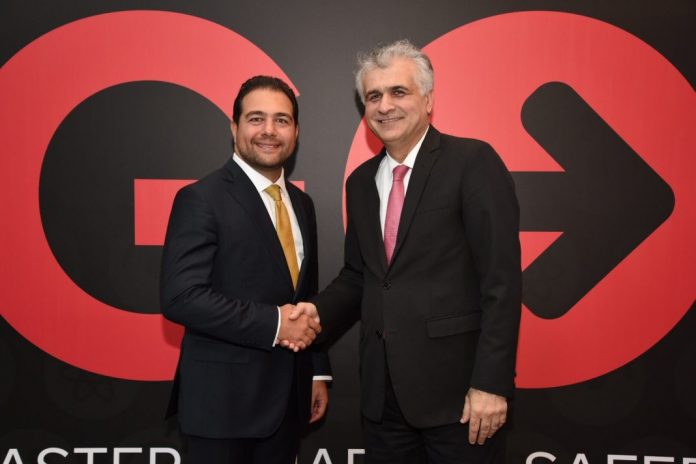 Gulf Air  revealed a cybersecurity step-change as part of an ongoing campaign to safeguard its operations and deliver industry-leading customer service.

A key component of Gulf Air’s DDoS strategy is the deployment of the F5® DDoS Hybrid Defender™.

“The solution delivers instantaneous controls and security measures against complex threats, exploits, saturation attacks, with an in-depth security mechanism that inspects application-layer events. It offers protection at all layers, protecting protocols – including those employing SSL and TLS encryption – as well as stopping DDoS bursts, randomized HTTP floods, cache bypass, and other attacks that can disrupt Gulf Air’s critical applications.”

Gulf Air’s new DDoS capabilities fits into a wider digital transformation vision that was recently underscored by becoming the world’s first airline to achieve seven IT ISO certifications. In 2012, it became the first business in Bahrain to introduce private cloud computing.

Technology is at the forefront of Gulf Air’s recent resurgence which has been driven by a number of major cost saving initiatives. Gulf Air is always thriving by deploying state of the art technological solutions according to the latest trends that swipe the aviation industry, and has been awarded in several international and regional forums. Moreover, it is the first airline in the world to receive 7 ISO certificates in Information Technology. Gulf Air’s DDoS Hybrid Defender is the latest in a long line of F5 deployments over the past eight years.

As well as improving overall operational efficiency and slashing total cost of ownership (TCO), F5’s solutions will scale to handle Gulf Air’s future growth trajectory, enabling the airline to tap into the benefits of emerging technologies such as Software-Defined Networking (SDN) and Software-Defined Storage (SDS).

“We made a strategic decision to partner with F5 because they are consistently ranked as one of the top leaders in enterprise security,” said Dr. Haji.

“F5 has also successfully provisioned crucial services to our users and customers in an efficient and secure manner for the past eight years. We are now proud to announce that we can protect the Gulf Air network from possible threats that are initiated from legitimate secure traffic based on behaviour, rather than relying on traditional security measures.”

“We are extremely proud of our long-standing relationship with Gulf Air, which is a case in point for how forward-looking, app-centric planning – combined with robust business objectives – can yield genuinely transformational results. F5 DDoS Hybrid Defender is not simply a collection of security point products but a tightly integrated system to defend against today’s most damaging DDoS attacks. We are delighted that it is already proving its operational value.”

On behalf of His Majesty King Hamad bin Isa Al Khalifa, HM the King’s Personal Representative and President of the Supreme Council for Environment...
Inside Bahrain