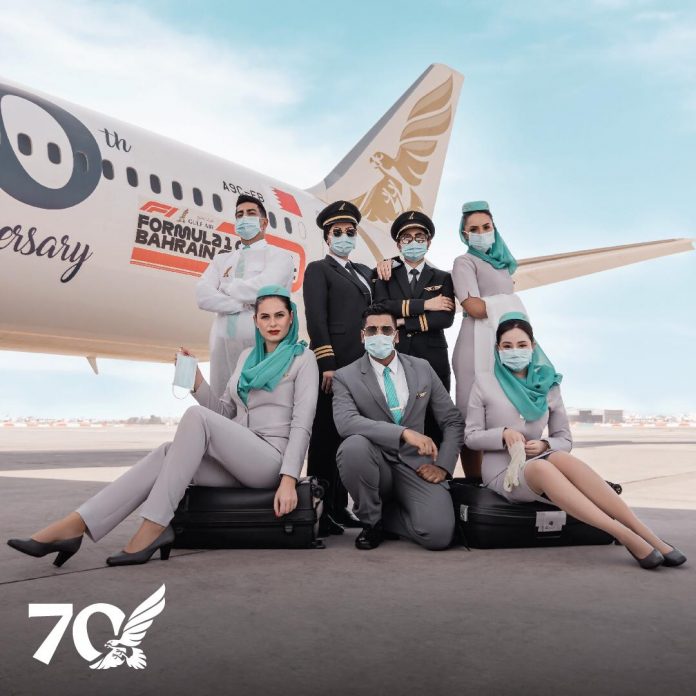 Gulf Air, the national carrier of the Kingdom of Bahrain, has started its countdown to be the title sponsor of the most important sporting event in the Kingdom – the FORMULA 1 ®️ GULF AIR BAHRAIN GRAND PRIX 2020, which will take place between 27-29 November.

In response to directives issued by His Royal Highness Prince Salman bin Hamad Al Khalifa, the Crown Prince and Prime Minister, the Bahrain International Circuit announced that it would limit in-person attendance to health workers, first responders and their families.

Gulf Air’s Acting Chief Executive Officer, Captain Waleed Al Alawi, said: “We are proud to be long title sponsors of the Bahrain Grand Prix. The 2020 Grand Prix is unique with spectators limited to Bahrain’s frontline health workers, first responders and their families. We are proud of our frontline heroes who have been selflessly committed to safeguarding public health, and their efforts continue to be the subject of a deep national appreciation.” He also added: “This year has been difficult, uncertain and challenging for everyone; however, we will work hard and remain determined to achieve our goals and showcase the best of Gulf Air and the best of Bahrain.”

Gulf Air has been the title sponsor of the Bahrain Grand Prix since it made history in April 2004 as the first Formula 1 ®️ Grand Prix to be held in the Middle East. Since then, the airline has been instrumental in the success of the event and the benefits it has brought to Bahrain’s economy.

INTRODUCING THE POWER OF THE NEW BFC PAY APP!