An Audi A3 car was presented to...
SocietyPR This WeekGulf Air Proudly Signs as the Official Carrier of the Bahrain International Airshow 2022 and 2024 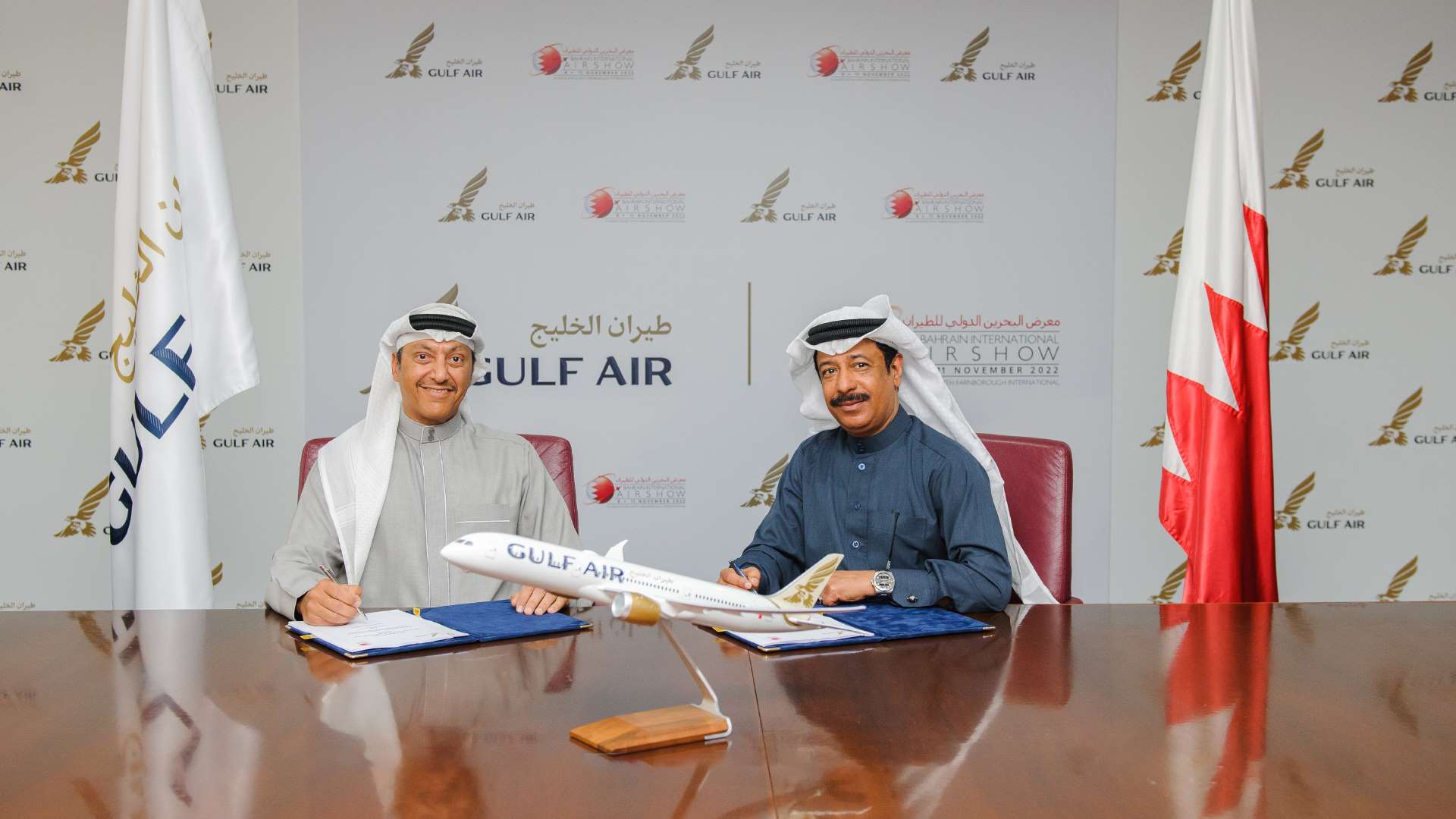 Gulf Air – the national carrier of the Kingdom of Bahrain – and Civil Aviation Affairs at Ministry of Transport and Telecommunications represented by Bahrain International Airshow Group signed an agreement to sponsor the Bahrain International Air Show in its two editions for the year 2022 and 2024, as part of the efforts made by the Higher Organizing Committee of the Bahrain Exhibition International Aviation, chaired by His Highness Sheikh Abdullah bin Hamad Al Khalifa, Personal Representative of His Majesty the King, Chairman of the Organizing Committee; And His Highness’ directives on the importance of coordination, cooperation and community partnership with leading national companies to contribute to supporting the national economy and the comprehensive development that the Kingdom is witnessing.

The signing ceremony held at the Gulf Air’s headquarters in Muharraq, was headed by Captain Waleed AlAlawi, Acting Chief Executive Officer of Gulf Air, Mr. Yousif Mahmoud, Director of the Bahrain International Airshow Office from Civil Aviation Affairs, and members of executive management from both entities.

On this occasion, Captain Waleed AlAlawi commented, “Gulf Air is proud, being the national carrier of the Kingdom of Bahrain, to participate as the official carrier of this important event, which we have been and still are an integral part of, since its inception in 2010. The Kingdom of Bahrain is growing on the international scene, and Gulf Air is one of the few companies that has been able to challenge the economic crisis that the world experienced during the pandemic. The Kingdom of Bahrain has become a preferred economic destination for major global trade as well as for tourists, especially after easing travel restrictions and procedures to obtain a visa, all of which can now be done very smoothly and easily.”

On his part, Mr. Yousif Mahmoud commented, “We are proud of the role played by the Civil Aviation Affairs at the Ministry of Transport and Telecommunications in building bridges of communication with various airlines and in promoting and marketing Bahrain to become an important regional and international hub in the aviation industry, by attracting various international companies that manufacture, supply and operate the service of this vital sector. The ministry’s efforts in developing national human resources to support the progress of this country in all fields, especially the air transport sector must be commended. We are proud of our ongoing partnership with Gulf Air as the national carrier of Bahrain, and we appreciate the airline’s continuous efforts to develop the aviation sector in the Kingdom.”

The 6th edition of the Bahrain International Airshow will be hosted from 9-11 November, 2022. Many international companies have confirmed their participation in the airshow like: Airbus, Boeing, Indra Spain, DHL, DFS Aviation Germany, Etihad Engineering, Lockheed Martin, UAE Space Agency, Rolls-Royce, TAWAZUN, Texel Air and Thales. These organizations join the likes of Bell Helicopter, Chevron, Bae Systems, CFM, Aramco and Leonardo and other civil and military companies.