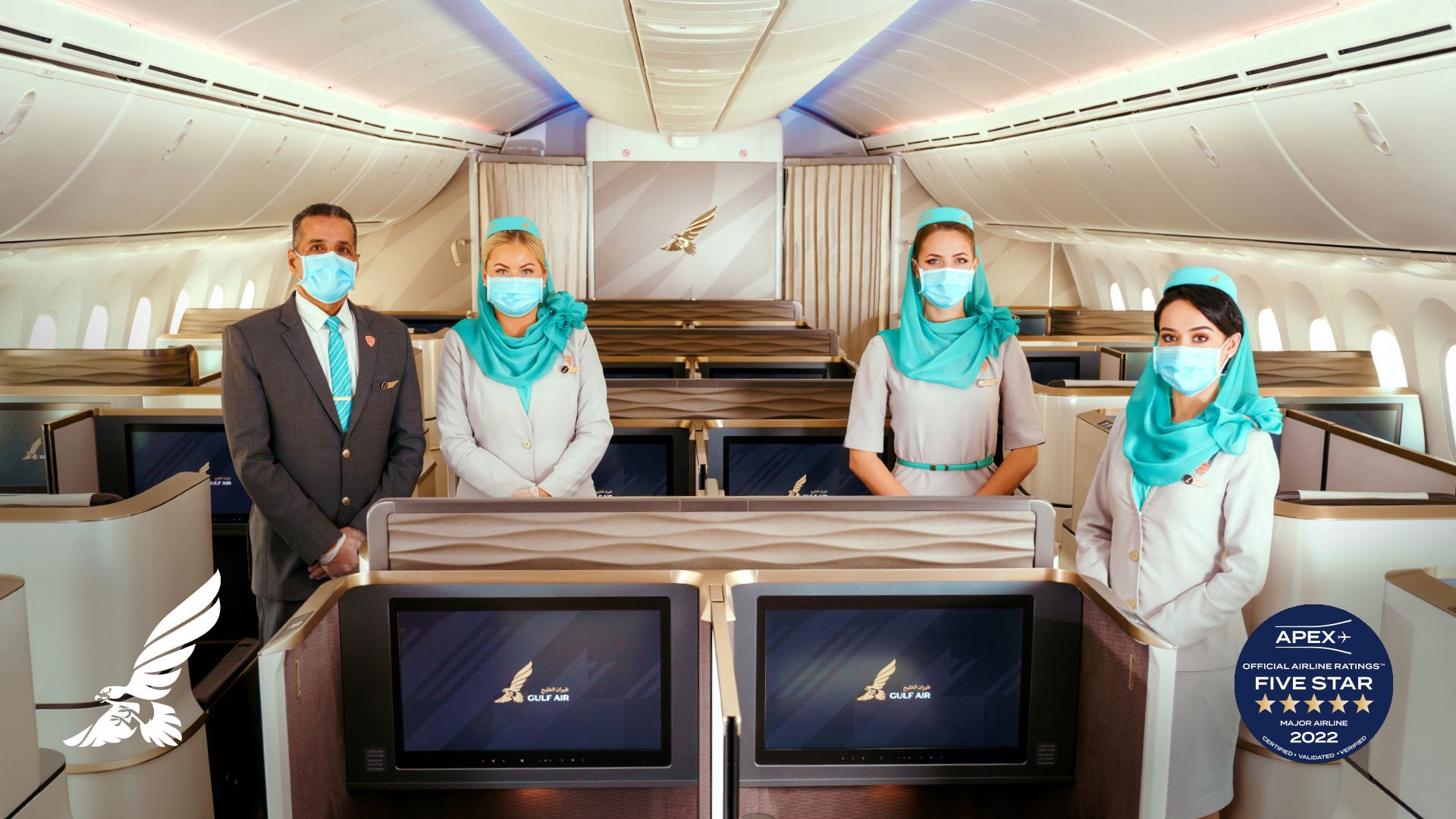 For two consecutive years, Gulf Air – the national carrier of the Kingdom of Bahrain – has received APEX’s Five Star Major Official Airline Rating at the APEX EXPO which was held in person between 30 November and 2 December 2021. Based solely on certified passengers’ feedback, the rating comes as a testament to the success of Gulf Air’s boutique strategy and the major developments in its products and services since the launch of the recent brand refresh and fleet modernization program. The airline earned its Four-Star Major Official Airline rating in 2019 and in 2020, the airline was awarded the five-star rating and maintained it throughout 2021 for the 2022 rating.

APEX EXPO was the first major in-person industry event of 2021 and the most comprehensive industry marketplace where airline CEOs, executives, and decision-makers shared unique insight and met with more than 300 exhibitors demonstrating the latest innovation and technology that would shape the future of the end-to-end passenger experience.

The awards ceremony took place during APEX Expo, the industry’s largest passenger experience event that is exclusive to experts and decision-makers committed to elevating the level of the worldwide airline passenger experience. The event attracts industry professionals, including representatives from more than 100 airlines, and showcases the most comprehensive display of airline-related technologies, products, and services.

Upon receiving the Five Star Major Official Airline Rating for the second year in a row, Gulf Air’s Acting Chief Executive Officer Captain Waleed AlAlawi said: “2021 was a big year for us; we’ve resumed flights to a number of destinations, upgraded frequencies, introduced seasonal summer destinations and introduced boutique charter services. Now, we can end the year on a high note as we receive a 5 Star Major Official Airline Rating from APEX for the second time around. This rating is not decided by panelists or industry professionals, it is decided by actual passengers who flew on Gulf Air during the past year, hence we feel very proud about it. I thank our passengers and I thank our entire workforce and their hard work to make this happen again”.

The APEX Official Airline Ratings™ were created based on neutral, third-party passenger feedback and insights gathered through APEX’s partnership with TripIt® from Concur®, the world’s highest-rated travel-organizing app. Using a five-star scale, nearly one million flights were rated by passengers across more than 600 airlines from around the world. The APEX Official Airline Ratings™ were independently certified by a professional external auditing company.

The national carrier’s incoming aircraft orders will ensure it maintains one of the youngest fleets in the region while building upon its award-winning reliability, on-time performance, product and service standards.