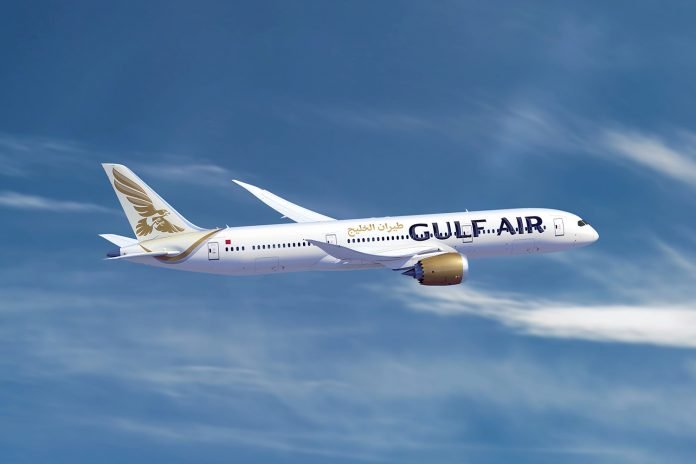 Gulf Air, the national carrier of the Kingdom of Bahrain, has received Five Star Major Official Airline Rating at the Future Travel Experience – APEX Virtual Expo which was held virtually between 8 and 9 December 2020. The event saw top airlines from around the world gathered virtually for the announcement of one of the industry’s most anticipated official rating honours. The rating programme is based solely on certified passengers’ feedback. This milestone for Gulf Air is a an upgrade to its previous Four Star Major Official Airline Rating earned in 2019 and a testament to the success of its boutique strategy and the ongoing enhancements to its products and services.

The APEX Official Airline Ratings™ were created based on neutral, third-party passenger feedback and insights gathered through APEX’s partnership with TripIt® from Concur®, the world’s highest-rated travel-organizing app. Using a five-star scale, nearly one million flights were rated by passengers across more than 600 airlines from around the world. The APEX Official Airline Ratings™ were independently certified by a professional external auditing company.

The awards ceremony took place during FTE-APEX Virtual Expo, the industry’s largest passenger experience event that is exclusive to experts and decision-makers committed to elevating the level of the worldwide airline passenger experience. The event attracts industry professionals, including representatives from more than 100 airlines, and showcases most comprehensive display of airline related technologies, products and services.

Upon receiving the Five Star Major Official Airline Rating, Gulf Air’s Acting Chief Executive Officer Captain Waleed Al Alawi said: “The entire Gulf Air team is very proud to see the fruit of their hard work during a challenging year. Gulf Air was rated by millions of passengers around the globe and the result was the great honour that is being certified a Five Star Major Airline. APEX is a reputable organization with valid and reliable rating system in which Gulf Air was rated based on a number of factors regarding the travel experience. We never stopped flying in 2020 and we will never stop our efforts to uplift our product and service levels to be the customer’s choice and the best in class”.

The rating comes in an important phase of Gulf Air’s history as the airline celebrates its 70th anniversary in 2020. The national carrier’s incoming aircraft orders will ensure it maintains one of the youngest fleets in the region while building upon its award-winning reliability, on time performance, product and service standards.