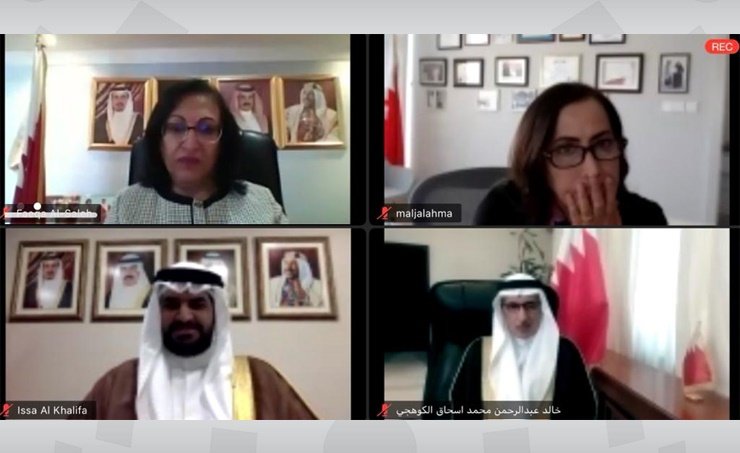 The 10th edition of the Shaikh Isa bin Ali Award for Voluntary Work is dedicated to honouring Bahraini frontliners who have made sacrifices to confront the novel coronavirus (COVID-19) for the sake of the nation and the citizens.

The minister expressed extreme delight at the honouring which, she said, is a badge of honour for all those who made sacrifices for the sake of the kingdom, under the leadership of His Majesty King Hamad bin Isa Al Khalifa.

She praised the role played by those in charge of the Shaikh Isa bin Ali Award for Voluntary Work, who have continued their work despite the exceptional circumstances and challenges that Bahrain and the world are going through due to the spread of the COVID-19 pandemic.

She indicated that the Shaikh Isa bin Ali Award for Voluntary Work has placed Bahrain on the map of humanitarian and voluntary work, as it has promoted initiatives that contribute to achieving sustainable development goals, noting that the kingdom has become a model to be emulated in developing the mechanisms of voluntary work.

The Health Minister valued highly the landmark achievements attained thanks to the leadership of His Royal Highness Prince Salman bin Hamad Al Khalifa, the Crown Prince, Deputy Supreme Commander and First Deputy Prime Minister, of Team Bahrain, and the efforts made the National Medical Taskforce for Combating Coronavirus.

The minister expressed deep pride in the prestigious status reached by the kingdom in all fields during HM King Hamad’s prosperous era, affirming that the distinction and development of the health sector in Bahrain will continue.