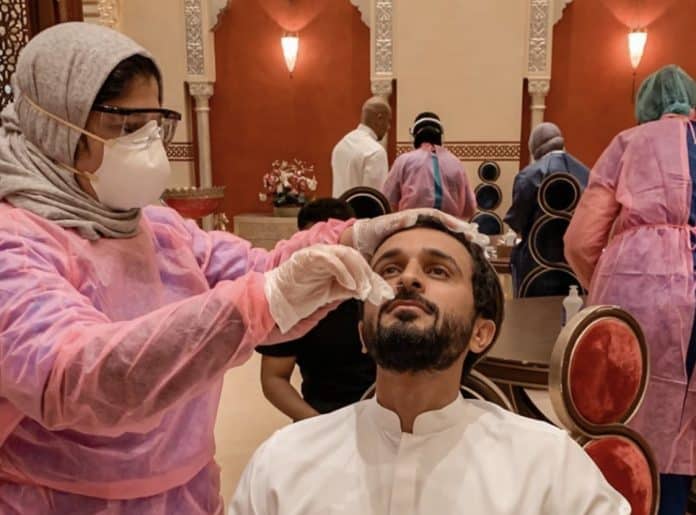 HH Shaikh Nasser bin Hamad Al Khalifa, His Majesty the King’s Representative for Charity Works and Youth Affairs, National Security Advisor, President of the Supreme Council for Youth and Sports has undergone coronavirus “Covid-19” test as part of the periodic examinations for the Royal Endurance Team members and all staff serving in the departments that are being overseen by HH.

HH Shaikh Nasser has documented the moment of his test on his personal Instagram account, sharing an image portraying himself during the examination tailed with a comment saluting Bahrain’s medical teams. And it took a few seconds only for the image to go viral across all social media channels.

Commenting further, HH Shaikh Nasser praised the medical teams overseeing the national battle against the virus, valuing the generous contributions being made by the Kingdom’s medical staff who are tirelessly serving during the pandemic, setting Bahrain as an example to follow for other countries fighting the disease.

Meanwhile, HH Shaikh Nasser urged all Bahraini citizens to undergo periodic tests that can be vital for combating the virus. Finally, HH Shaikh Nasser thanked all the medical teams for their noble endeavours in tackling the pandemic.