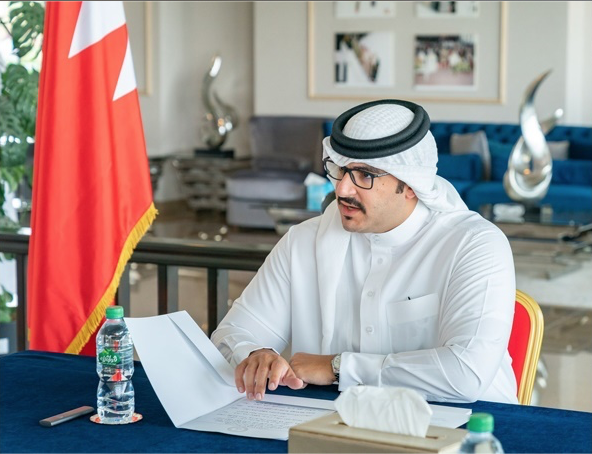 HH Shaikh Isa bin Salman highlighted that the Kingdom of Bahrain has positioned itself as a global destination for horse racing, thanks to the continued support of His Majesty King Hamad bin Isa Al Khalifa, and His Royal Highness Prince Salman bin Hamad Al Khalifa, the Crown Prince and Prime Minister.

HH Shaikh Isa bin Salman noted that HM the King and HRH the Crown Prince and Prime Minister’s support has laid a solid foundation for the Kingdom’s horse racing sector and provides a strong motivation towards achieving its goals by implementing the strategies pursued by the Rashid Equestrian and Horse Racing Club.

With the approach of this year’s horse racing season, His Highness Shaikh Isa bin Salman noted the importance of the Club’s readiness, directing those concerned to take all the necessary precautions to ensure the success of the season as planned.

His Highness Shaikh Isa bin Salman expressed his pride in the role played by the Rashid Equestrian and Horseracing Club in supporting national COVID-19 mitigation efforts, led by His Royal Highness the Crown Prince and Prime Minister, through coordination with the National Medical Taskforce for Combating the Coronavirus (COVID-19) to launch the additional drive-through testing centre at the club.

The drive-through centre has contributed to raising the capacity of PCR laboratory testing, reducing waiting time. In this regard, His Highness praised the efforts of frontline health workers and supporting staff in safeguarding public health.

During the meeting, the High Committee reviewed a number of achievements made over the past period:

During the meeting, the importance of benefiting from these races was emphasised in regard to building on the Kingdom’s successes through exchanging experiences with the participants in these race meetings, including owners, trainers, jockeys from around the world.

The topics on the meeting’s agenda were also reviewed, and the following was decided: