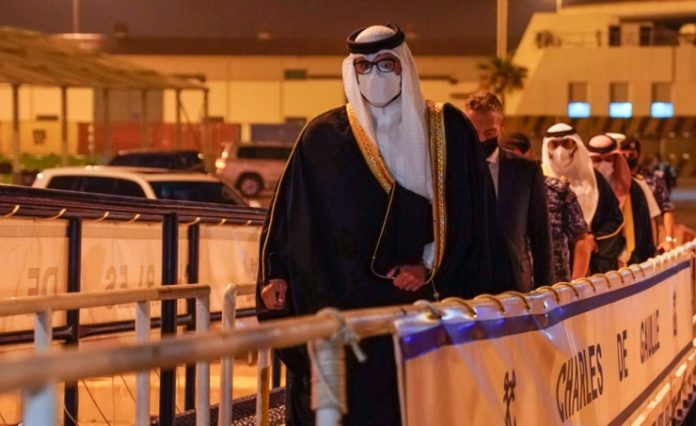 HH Shaikh Isa bin Salman highlighted the strength of relations between the Kingdom of Bahrain and the French Republic, and the importance of furthering cooperation across various sectors.

HH Shaikh Isa bin Salman welcomed the French aircraft carrier and crew to the Kingdom of Bahrain, and extended gratitude for their contributions, alongside allies, to safeguarding regional safety and stability.

HH Shaikh Isa bin Salman was then briefed by Admiral Aussedat on the mission and functions of the aircraft carrier in the region.