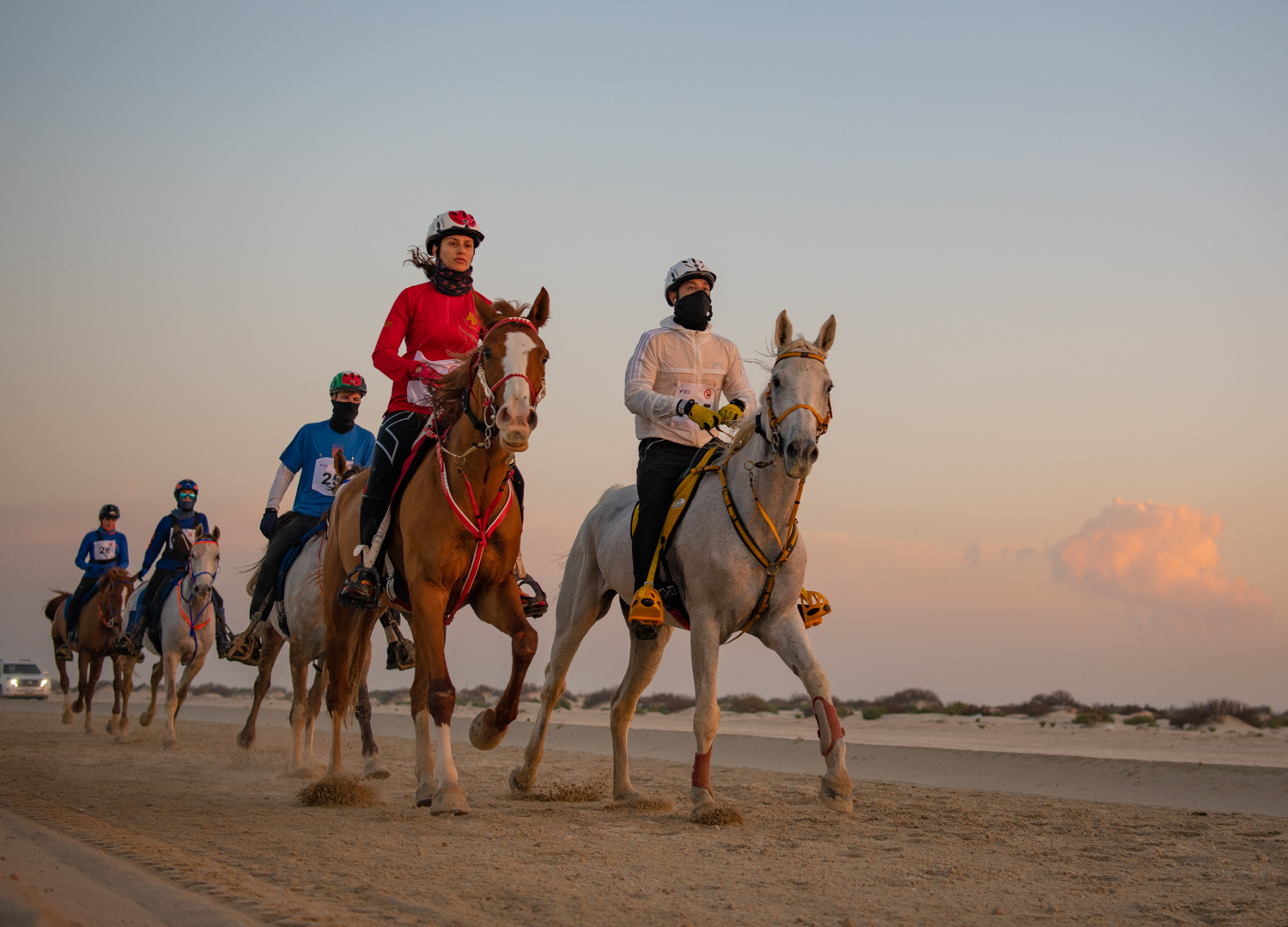 The event was won by Isa Al Enzi of the Victorious team, followed by Sarhan Al Enzi of the Al Safanat stud, and Shahad Waleed of Al Zaeem team in second and third places respectively.

On this occasion, HH Shaikh Nasser praised the support of HH Shaikh Khalid, which has played a key role in accomplishing many successes, stating that such accomplishments will have a positive impact on Bahrain’s foreign outings and the development of the endurance sport in the country.

He also praised the multiple gains achieved in the race following the wide participation and the fierce competition seen in the event, pointing out that this is a clear proof of the great interest in this sport among the society. He indicated that this event will fuel the participants’ motivation ahead of Bahrain’s most prestigious endurance event, which is HM the King Cup.

From his side, HH Shaikh Khalid bin Hamad Al Khalifa expressed utmost happiness after the race proved to be a tremendous success, hailing at the same time the support provided to it by HH Shaikh Nasser Nasser. He stated that the event generated huge benefits for all the participants, whose performances were well-noted and confirmed their great preparations for the race.

Meanwhile, HH Shaikh Isa bin Abdullah Al Khalifa thanked HH Shaikh Nasser for the tremendous efforts he is exerting to support the equestrian and endurance sports. He underscored that HH Nasser’s presence to follow the race played a key role in making it a huge success and encouraging the participants to give their best. He also valued HH Shaikh Khalid’s sponsorship and his unwavering backing to this sport.

It’s worth noting that the eventual winner Isa Al Enzi completed the event in 4 hours, 26 minutes and one second, while the runner up Sarhan Al Enzi posted a time of 4 hours, 52 minutes and 13 seconds.