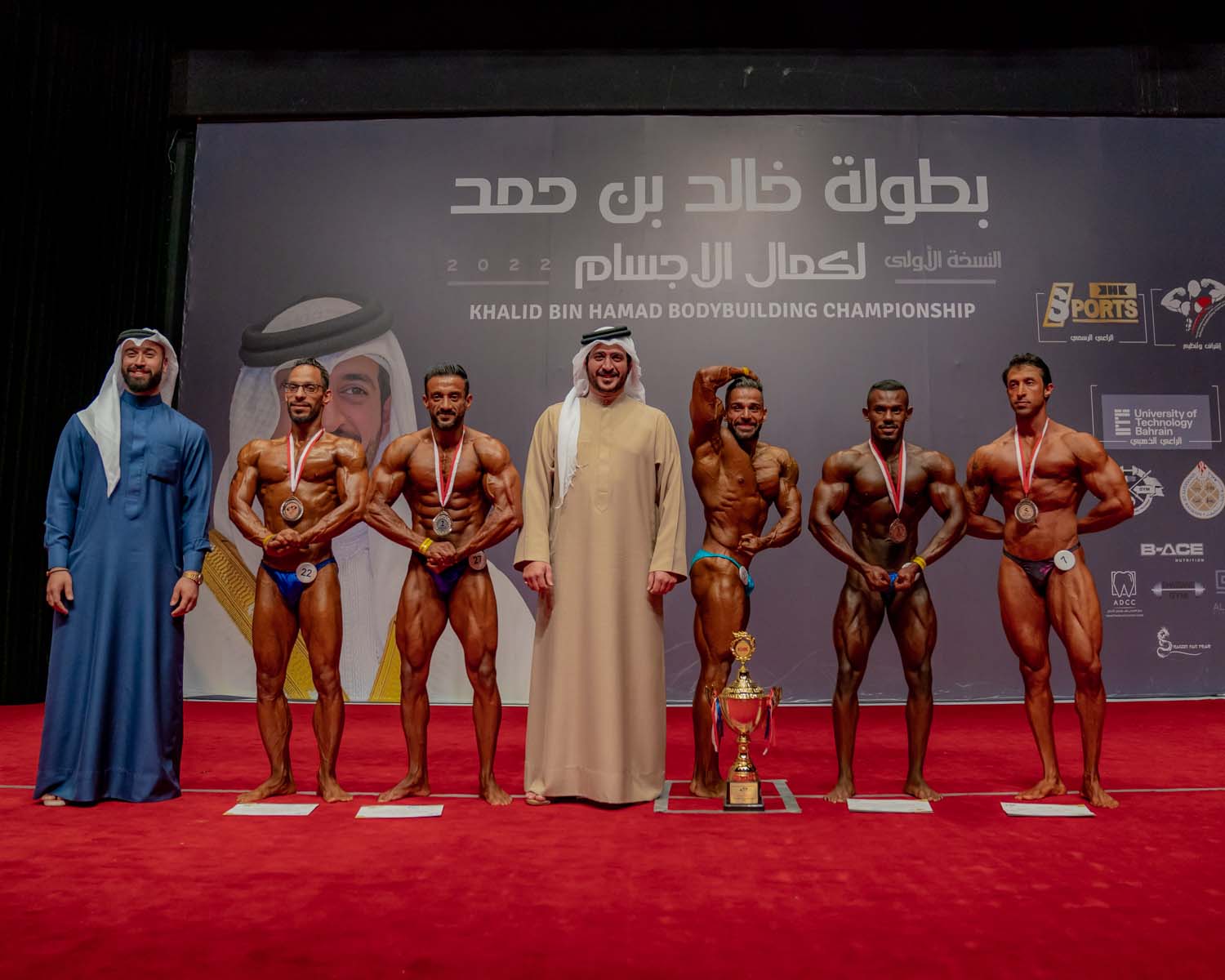 The event was attended by many officials and guests, including HH Shaikh Salman bin Mohammed Al Khalifa, Vice Chairman of the GSA and Dr Abdulrahman Sadiq Askar, CEO of the GSA as well as Dr Rafael Santonja, President of the International Federation of Bodybuilding and Fitness (IFBB).

HH Shaikh Khalid expressed gratitude and appreciation for the huge efforts being exerted by the national associations and federations towards holding many events and sports championships that contribute towards improving the Kingdom’s sports movement, affirming his support to all national federations and associations in order to meet the goals set out.

HH Shaikh Khalid praised the endeavours of Bahrain Bodybuilding and Fitness Federation under the presidency of Sami Ibrahim Al Haddad towards preparing to organise the event, underlining that the bodybuilding sport is an exciting game and has a broad fanbase.