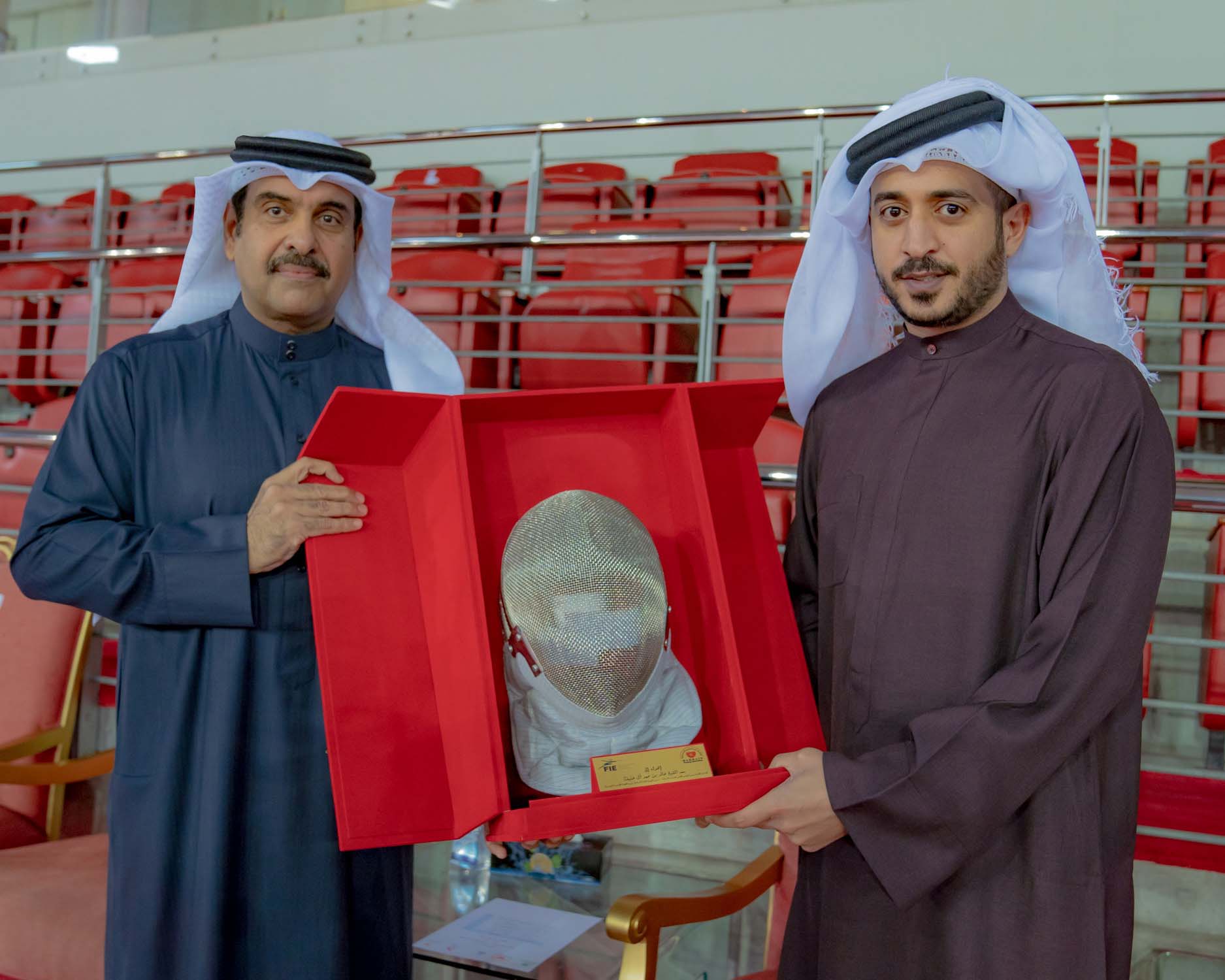 His Highness Shaikh Khalid bin Hamad Al Khalifa, First Vice President of the Supreme Council for Youth and Sports, President of the General Authority for Sports and Chairman of the Olympic Committee, patronized the closing ceremony of the World Youth Fencing Championship “Epee”.

The tournament which was organized by the Bahrain Fencing Federation under the supervision of the International Federation, was held on January 21-22 at the Khalifa Sports Town.

His Highness Shaikh Khalid bin Hamad Al Khalifa attended the final championship, during which the Arab Republic of Egypt beat the Republic of Kazakhstan.

“The hosting of the World Youth Fencing Championship reflects the confidence of the International Fencing Federation in Bahrain’s standing, its pioneering role, and in holding various sporting events”, he said.

He congratulated the top three winners three places, praising the success of the Bahrain Fencing Federation in hosting the global championship. He expressed his thanks and appreciation to the Asian and International Federations for granting Bahrain the organization of the tournament.