It is interesting to note how food...
Sports This WeekHH Shaikh Khalid bin Hamad expresses pride in athlete's Olympic achievement 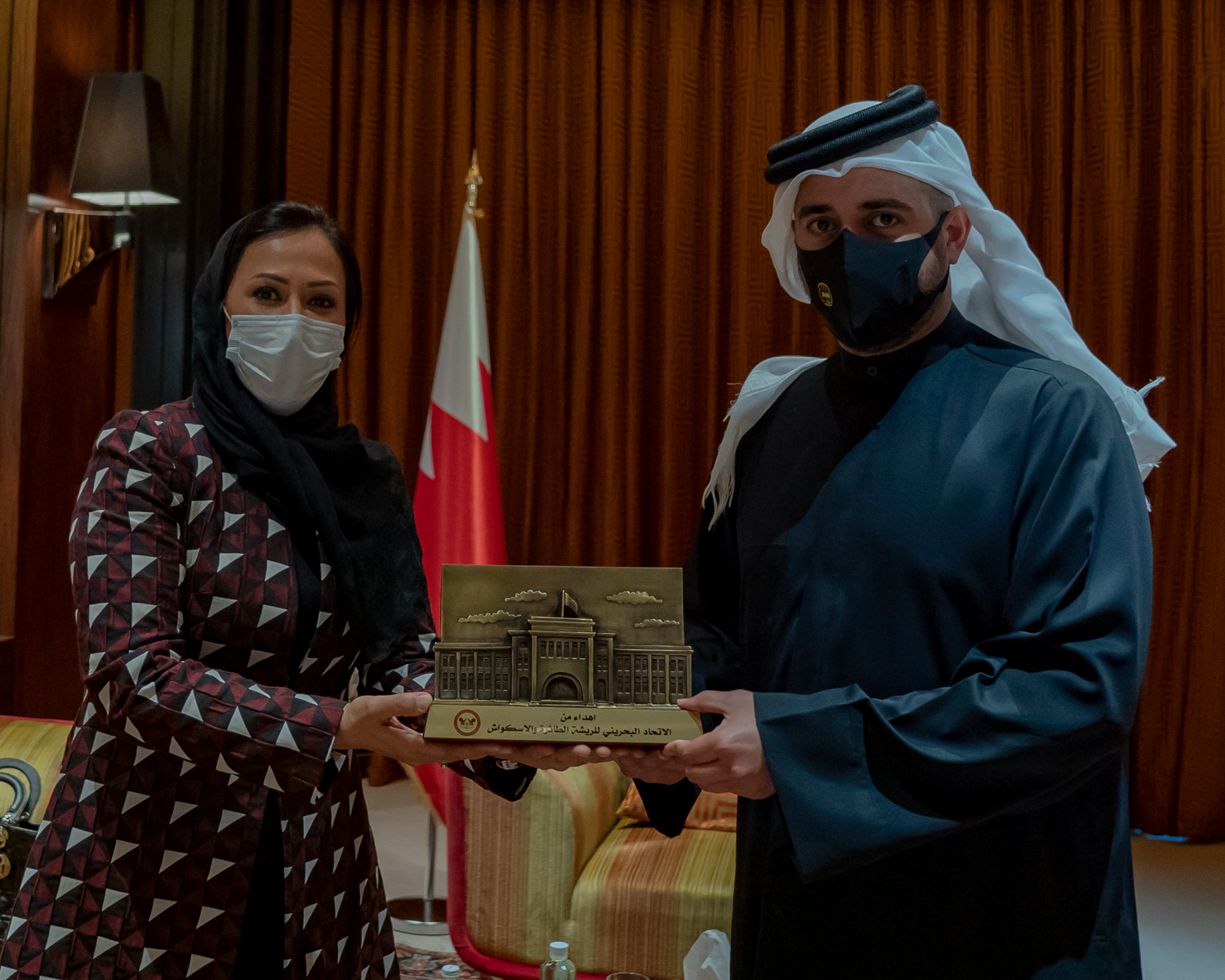 His Highness expressed utmost pride at the achievement made by the Bahraini athlete Kalkidan at the Olympics which came to confirm the progress and advancement of the athletics sport in the Kingdom thanks to the support of HM the King and the interest of His Royal Highness Prince Salman bin Hamad Al Khalifa, Crown Prince Prime Minister, stating that this has contributed to enabling the Kingdom to reach a leading position at the continental and international levels.

HH Shaikh Khalid pointed out to the great efforts exerted by HM the King’s Representative for Humanitarian Work and Youth Affairs, HH Shaikh Nasser bin Hamad Al Khalifa, which have contributed to translating and implementing the visions and instructions of HM the King to develop sports in Bahrain, leading to the development of this important field and the improvement of the capacities and potentials of the Bahraini athletes.

His Highness continued: “The Bahraini athletes have managed to leave a clear print in the mother of games at the Olympics to confirm the great Bahraini presence in various games.” HH Shaikh Khalid confirmed the support to athletics will continue to guarantee early and ideal preparations for the next Olympic games.

HH Shaikh Khalid praised the efforts being exerted by the Bahrain Athletics Association under the presidency of HE Mr Mohammed Abdulatif bin Jalal via the implementation of plans and programmes that meant to continue to develop sports in Bahrain and allow them to continue showcasing honourable performances and accomplish great achievements under Bahrain’s name. Additionally, HH congratulated Kalkidan on her accomplishment and the performances.

HH Shaikh Isa bin Ali Al Khalifa said: “The achievement of Kalkidan in the Tokyo Olympics is an embodiment of the care and support of HM the King, and the interest of HRH the Crown Prince, Prime Minister in sports and athletes as well as the continued support provided by HH Shaikh Nasser bin Hamad Al Khalifa and the backing and follow-up of HH Shaikh Khalid bin Hamad Al Khalifa, which has contributed to raising the level of sports and athletes in the Kingdom. This has prompted our sportspeople to achieve strong accomplishments in various continental and international competitions,” stressing that this achievement came to reinforce the high position of the Kingdom of Bahrain on the world sports map, and also confirms that the Bahraini sports are moving towards more successes in the prosperous era of HM the King.

Bin Jalal affirmed that the Olympic champion Kalkidan’s victory in the 10000m race at the Tokyo Olympics is an extension of the achievements made by Bahrain’s athletics in various participations. He added: “This achievement came as a result of the support of HM the King and the interest of HRH the Crown Prince and Prime Minister in the sports sector. It also reflected the distinguished efforts made by HH Shaikh Nasser bin Hamad Al Khalifa and HH Shaikh Khalid bin Hamad Al Khalifa. This result will motivate us to double our efforts in order to make more successes under Bahrain’s name,”

Bahraini champion Kalkidan expressed utmost happiness at her achievement for Bahrain. “I am proud to manage to raise Bahrain’s flag high at the Tokyo Olympics. It makes you feel great to know that you are among the champions who wrote history for Bahrain and honoured its colours. I dedicate this achievement to HM the King, HRH the Crown Prince Prime Minister, HH Shaikh Nasser bin Hamad, HH Shaikh Khalid bin Hamad, the President and the members of the Bahrain Athletics Association, whose support was crucial,” she stated.