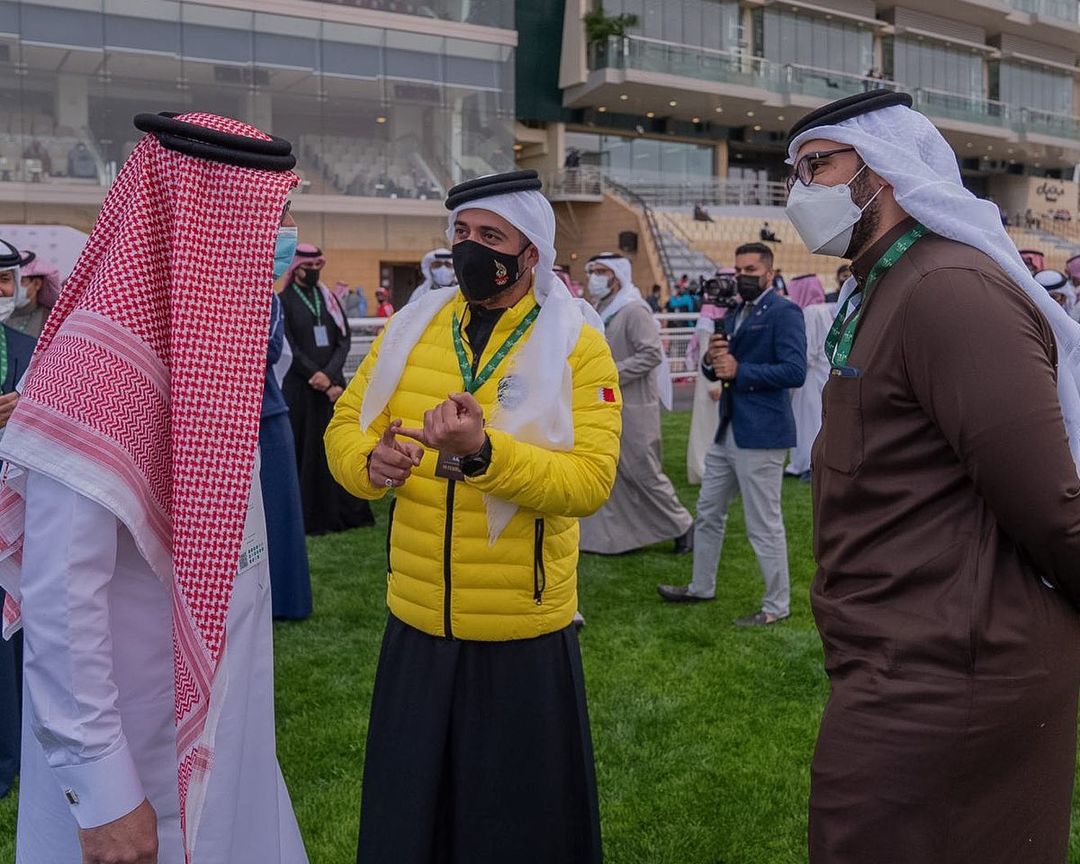 First Deputy Chairman of the Supreme Council for Youth and Sport and President of the Bahrain Olympic Committee, His Highness Shaikh Khalid bin Hamad Al Khalifa, and the Chairman of the High Committee of the Rashid Equestrian and Horseracing Club, His Highness Shaikh Isa bin Salman bin Hamad Al Khalifa, attended the competitions of the first day of the Saudi Cup 2021.

High-calibre racehorses from all over the world will compete at the various competitions of the two-day Saudi Cup, the world’s most valuable horse race, organised by the Jockey Club of Saudi Arabia and held at the King Abdulaziz Racecourse in Riyadh.

HH Shaikh Isa bin Salman bin Hamad Al Khalifa lauded the outstanding level of the horse races organised by Saudi Arabia at all levels, noting that the Saudi Cup is an international sporting gathering in which everyone is keen to participate, given the major role it plays in developing horse races across the region.

HH Shaikh Isa bin Salman bin Hamad Al Khalifa pointed out that the great number of horseracing events hosted by the countries of the region proves their great expertise in this field, and keenness to preserve such an authentic deep-rooted sport that is part of the region’s civilisational identity

Bahraini horses are set to participate in the second and final day of the Saudi Cup festival.

“Simsir”, from Victorious stable, and “Global Giant”, from the Al-Adiyat Racing, will compete at the main 1800-metre round of the Saudi Cup for imported horses.

The two horses came first and second during the Bahrain International Trophy 2020.

The winner of HRH Crown Prince and Prime Minister’s Cup for this season, horse “New Show”, from Victorious Stable, will also participate in the Saudi Cup weekend.

“Roman River” will make its debut in the Saudi horseracing festival and compete in the 1,200m Riyadh Dirt Sprint.