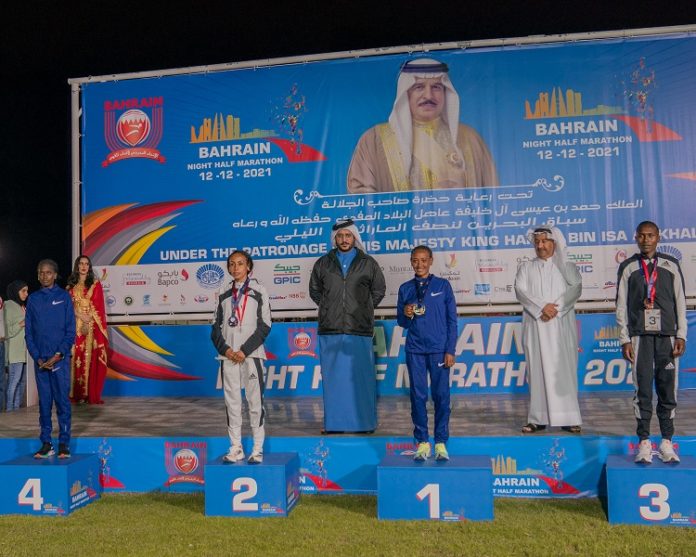 On this occasion, His Highness Sheikh Khalid bin Hamad Al Khalifa expressed his sincere thanks and gratitude to His Majesty King Hamad bin Isa Al Khalifa,  for supporting the race and his  keenness to encourage the youth and sports sectors.

Men’s and Women’s Half Marathon Results

The results of the Royal Bahrain Night Half Marathon at the women’s level resulted in Ethiopian runner Gotyton Gebreslase winning first place in 1:05:34 hours, while our Bahraini runner, Olympic champion Kalkidan, finished second in 1:05:47 hours, and the Kenyan runner came in. Sheila Kiprotich finished third in 1:07:00, Lrene Cheptal came in fourth in 1:07:04, while Daisy Cherotich finished fifth in 1:07:10.

Results of the 5 km running race