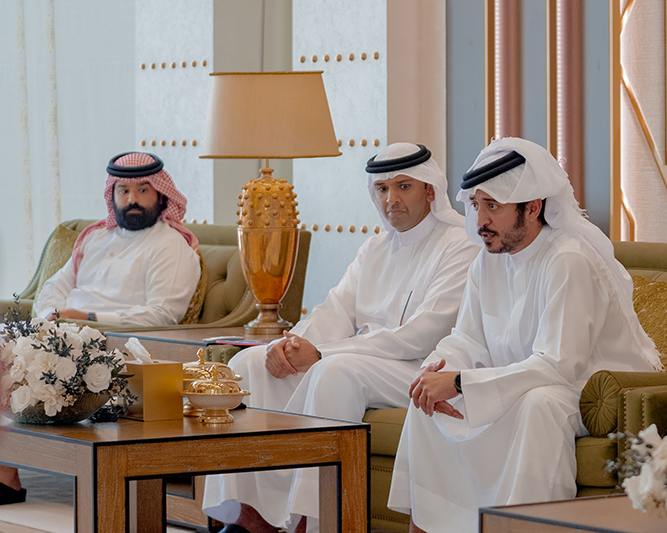 He paid tribute to His Majesty King Hamad bin Isa Al Khalifa for supporting the sector of youth and sports, hailing the follow-up of His Royal Highness Prince Salman bin Hamad Al Khalifa, the Crown Prince and Prime Minister.

He also lauded the efforts of the Supreme Council for Youth and Sports, led by HM the King’s Representative for Humanitarian Work and Youth Affairs, HH Shaikh Nasser bin Hamad Al Khalifa.

HH Shaikh Khalid praised the achievements of Bahraini sports in various local, regional and international arenas, which honoured Bahrain. He commended cooperation and coordination between the relevant bodies and sports federations and the support of partners from the private sector.