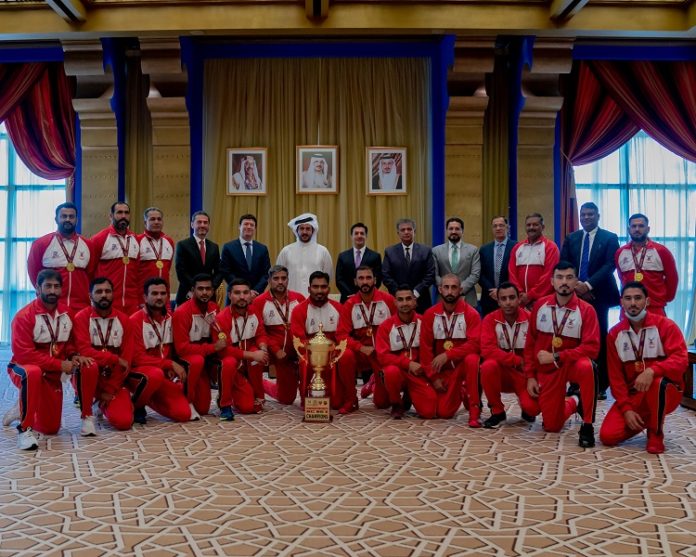 HH Shaikh Khalid affirmed that the victory in the event came thanks to the great performances showcased by the players, stating that this accomplishment represents a great start for the national team towards further successes.

HH Shaikh Khalid valued the exceptional efforts exerted by the Association under the presidency of  Dadabai which have positively impacted the team’s performance and created ideal circumstances for the players to give their best. Finally,  Shaikh Khalid congratulated the Association’s Board and members on the accomplishment.