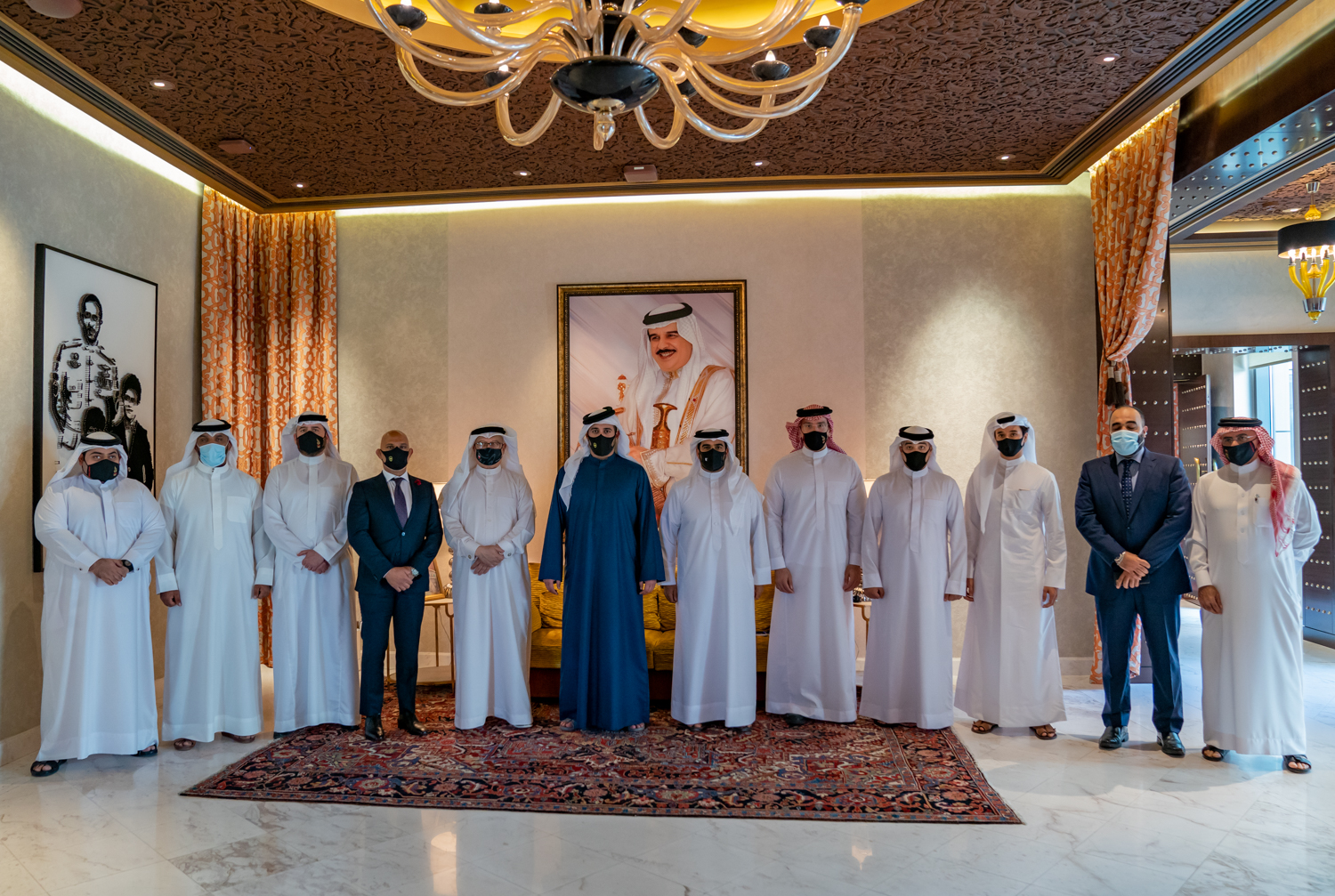 The meeting came as part of HH Shaikh Khalid’s keenness to support local sports associations to implement its programmes and plans to improve the level of sports and sportspersons, in a manner that is consistent with the policies of the General Sports Authority, in order to redouble efforts to accomplish more achievements in the Kingdom’s sports sector.

At the beginning of the meeting, HH Shaikh Khalid welcomed the guests, stressing the huge role played by the Board of Directors of the federations to meet the aspirations of their members and reach the desired development objectives.

Moreover, HH Shaikh Khalid reviewed the plans and programmes that will be carried out by the associations, in order to develop both sports and upgrade the capabilities of the sportspeople practicing these games.

For their part, the attending president of local sports’ associations and federations expressed gratitude and appreciation to HH Shaikh Khalid for the endless support provided and His Highness’s distinguished efforts, which has a positive impact on the development of the Bahraini youth and sports movements. The attendees also affirmed the continuity of efforts, in line with the policies of the General Sports Authority, spearheaded by His Highness, in order to develop the sports system administratively, financially and technically, serving the present and future of the local sports movement.