As part of its strategy to solidify...
NewsHH Shaikh Khalid praises efforts of Bahrain Weightlifting and Bodybuilding Association to develop sports 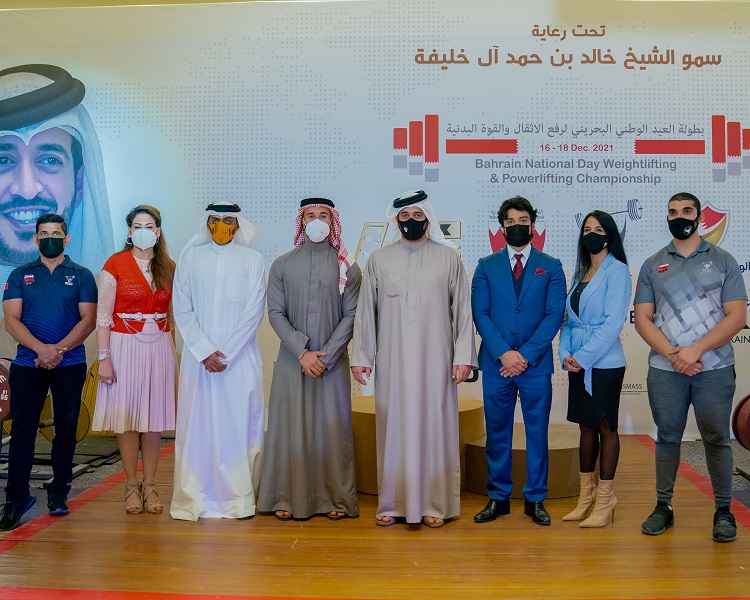 The three-day event was held in coincidence with Kingdom’s National Days, in commemoration of the establishment of the modern Bahraini State as an Arab and Muslim state, founded by Ahmed Al Fateh in 1783, and the anniversary of His Majesty the King’s Accession to the Throne.

On this occasion, HH Shaikh Khalid expressed utmost happiness at the wide participation at the event which featured competitors from Bahrain, GCC region, Asian and European countries.

His Highness underlined that such a sports gathering cements efforts to make Bahrain a key destination to host top events.

“We are proud of the efforts being exerted by Bahrain Weightlifting and Bodybuilding Association under the presidency of Faris Mustafa Al Kooheji towards planning and implementing programmes that support our endeavours to upgrade sports and elevate the qualifications of trainers and administrative members as well as sportspeople.

Holding this event at this time reflects the Association’s keenness to celebrate the national events, and this reflects the importance of the sports associations and federations to spread the national values and principles and strengthen loyalty,” HH Shaikh Khalid said.

It’s worth noting that the event featured 120 participants from both genders; 50 in weightlifting and 70 in powerlifting.

Zainab Ali Abdullah won the champion of the champions title in the women’s weightlifting, while Mahdi Sakhar took home the men’s title.

Ameena Hassan triumphed in the women’s powerlifting section, and Abdullah Salmeen achieved the men’s title in the same competition.