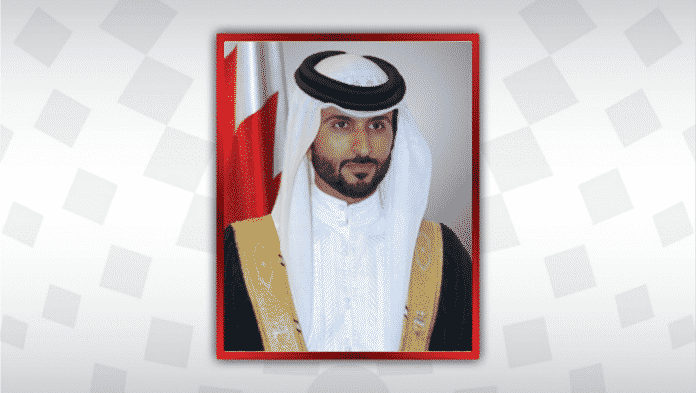 HM the King’s Representative for Charity Work and Youth Affairs, National Security Advisor and Chairman of the Supreme Council for Youth and Sport, HH Shaikh Nasser bin Hamad Al Khalifa, has announced the allocation of BD 1 million for national clubs.

HH Shaikh Nasser’s initiative is in recognition of the clubs’ role in the honourable sports achievements attained during 2019.

In a statement marking the occasion, HH Shaikh Nasser stressed that the national clubs are the basis of the youth and sports movement in the kingdom, and the first and essential incubator of players and talented athletes, noting that they have clear hallmarks in the landmark achievements of the national teams.

HH Shaikh Nasser affirmed that the Bahraini sport is on the right track, and that many achievements will be attained thanks to His Majesty King Hamad bin Isa Al Khalifa’s keen interest in the youth and sports sector.

HH Shaikh Nasser pointed out that he had already given directives to the Youth and Sports Affairs Minister, Ayman bin Tawfiq Al-Moayyad, to take the necessary administrative procedures to distribute the BD 1 million to the national clubs to ensure that the sums are credited to their bank accounts as soon as possible.

This will enable them to put forward their 2020 strategy, and continue their efforts to prepare distinguished athletes, which will ensure that the kingdom’s sports achievements will continue, he said.

HH Shaikh Nasser asserted that the amount of BD 1 million will be granted according to the clubs’ achievements at the national and external levels, adding that a part of the amount will be devoted to developing the administrative and technical work at the clubs, which will ensure the development of various aspects of their work.

HH Shaikh Nasser expressed hope that the amount of  BD 1 million will contribute to supporting national clubs, and stimulate them to continue undertaking their role in preparing talented athletes and honoring the kingdom at various sports gatherings, in line with the vision of the 2020 in which Bahrain is looking forward to optimizing its achievements at all levels.