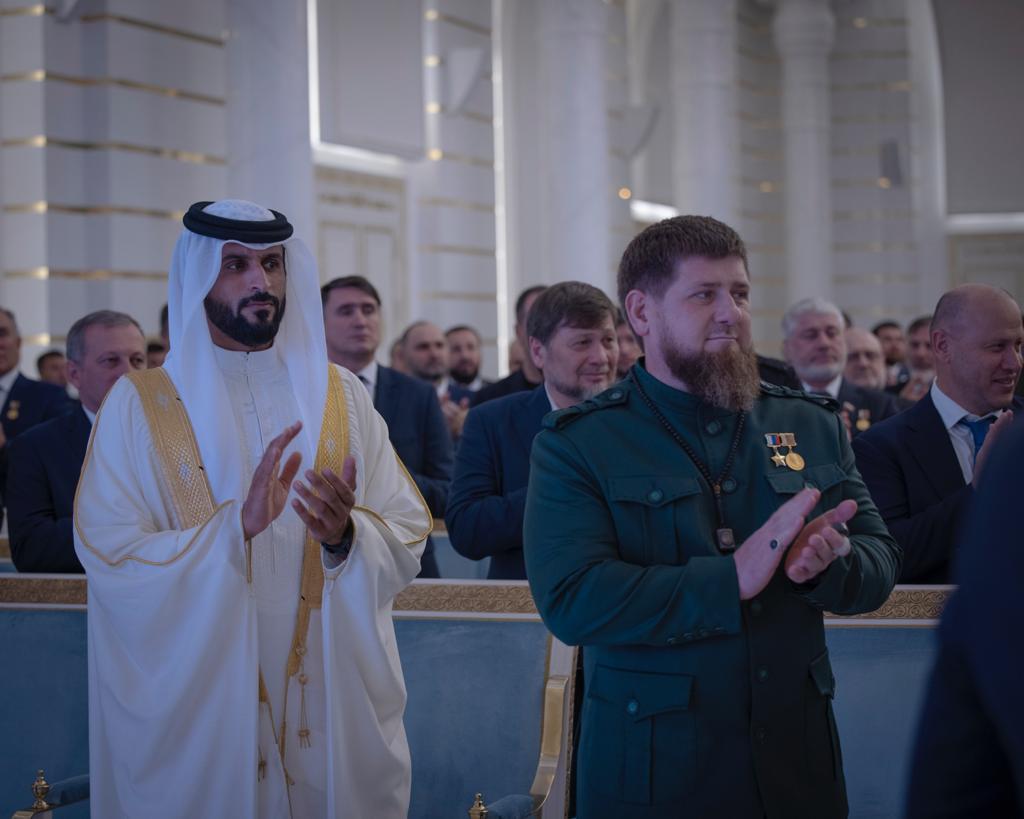 HH Shaikh Nasser bin Hamad Al Khalifa, Representative of HM the King for Humanitarian Works and Youth Affairs conveyed the greetings and appreciation of HM King Hamad bin Isa Al Khalifa, the King of the Kingdom of Bahrain,  to HE Mr Ramzan Akhmadovich Kadyrov, Chechen President and His Majesty’s best wishes to him and to the Chechen Republic.

This came during His Highness’ attendance at the inauguration ceremony of HE President Ramzan Akhmadovich Kadyrov on the occasion of His Excellency’s re-election as President of the friendly Chechen Republic, where His Highness offered his sincere congratulations on this occasion.

Commenting on this, HH Shaikh Nasser affirmed that His Majesty the King is keen to build strong and interconnected relations with the Chechen Republic, stressing His Majesty’s constant emphasis on consolidating the good relations between the two friendly countries, which are based on strong pillars and solid foundations of communication, joint cooperation and mutual trust.

HH Shaikh Nasser delivered a speech on this occasion, in which he said, “It gives me great pleasure to convey to Your Excellency the greetings of HM King Hamad bin Isa Al Khalifa, the King of the Kingdom of Bahrain, and to emphasise that the friendship and affection relations that bind our two countries are deep and prosperous. With each visit or new contact, our solidarity increases in light of a common conviction of the importance of opening new horizons for bilateral cooperation to consolidate our growing strategic partnership, as relations between two countries have become stronger than ever before.”

His Highness continued, “This partnership is supported by the fact that we share together a set of common values, stemming from an open religious discourse in a world where some seek to exploit religion to spread ideas of extremism and promote terrorism. We are proud that our countries present a single comprehensive vision based on the necessity of tolerance and peace as an integral part of humanity’s march in its quest to confront extremism, racism and hatred.”

Furthermore, HH Shaikh Nasser affirmed that “the Kingdom of Bahrain, under the wise leadership of HM the King always extends its hand to you, as our relations with you have been strengthened over the past years and we have found in you a rich personality with his giving and right vision. Our friendship will remain solid, and our cooperation is sustainable, in a way that meets the aspirations of the peoples of the two countries towards greater prosperity and development.”